The Angsi field has become a significant priority in terms of oil and gas production for Petronas Carigali Sdn. Bhd., a subsidiary of Malaysia's national oil company. 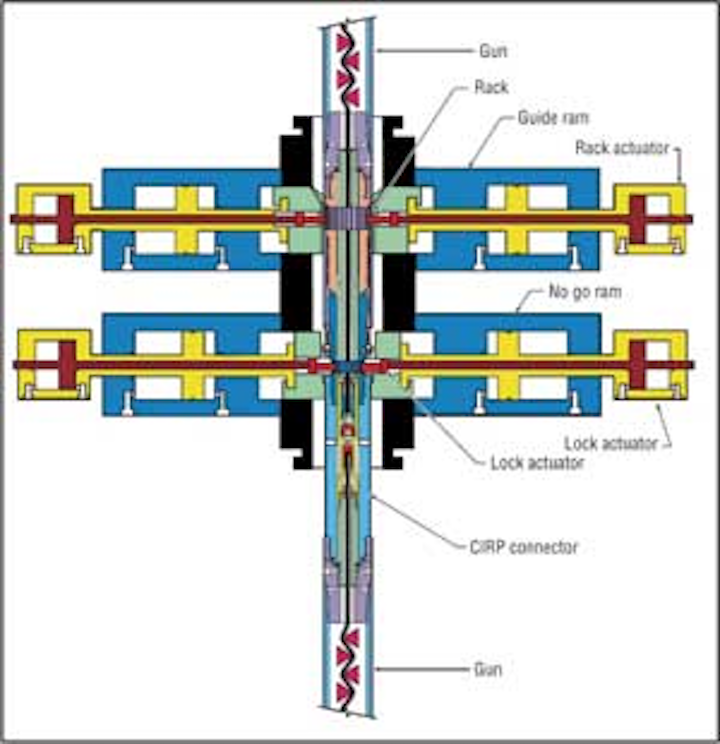 The Angsi field has become a significant priority in terms of oil and gas production for Petronas Carigali Sdn. Bhd., a subsidiary of Malaysia's national oil company. The field, which consists of both oil and gas reservoirs and currently has one main platform and four satellite drilling platforms, is in the southern Malay basin in a water depth of about 69 m (226 ft).

Well A-33 was drilled and completed in late 2004 with dual 3½-in. oil and gas production tubing. The well penetrated three pay zones, namely the H, I, and J reservoirs. In the early production phase, the well was producing from H-40 and H-50 via the short string while H-60/H70/I-115/J-10/J-20 reservoirs were commingled and produced through the long string - A-33L.

The long string has low reservoir quality with estimated porosity and water saturation of about 24% and 45%, respectively. The interval was perforated with a 45⁄8-in. tubing-conveyed perforating gun and was completed without gravel pack. The string was put onstream in late 2004 and only managed to produce at an initial rate of 20 MMcf/d of gas and about 1,200 b/d of condensate. Gas production rapidly declined to about 5 MMcf/d after two years of production.

In mid-2008, the well ceased production because of low flow tubing head pressure. In mid-2009 and 2010, the string was again put onstream to assess its potential. Three well tests were carried out. The average gas rate obtained was less than 5 MMcf/d. Due to its rapid production decline, the decision was made to restore its potential by adding perforations via coiled tubing.

Adding perforations are challenging due to complexities such as on-depth perforation, depth accuracy of coiled tubing, and uncertainty of depth correlation prior to detonation.

Due to A-33L's high angle, conventional intervention methods such as normal slickline and electric line were restricted in reaching the target depth. The highest dogleg severity recorded in this well is 9.4°/100 ft at 1,600 m (5,249 ft) with highest deviation 72° recorded at 2,723 m (8,934 ft). Slickline was able to run in the hole with the assistance of a mechanical jar and slickline roller boogies. However, the tools descended with multiple hold-ups and low running weight.

Subsequently, the option of perforation via electric line conveyed by tractor and coiled tubing was evaluated but would require multiple runs. Considering the length of the perforation, 120 ft (37 m) across I-95 and I-100 sand, coiled tubing completion insertion and retrieval under pressure (CIRP), which is able to complete the job in a single run, was ultimately selected as the conveyance method for the additional perforation job.

Completion insertion and retrieval under pressure

Completion insertion and retrieval under pressure is a technique used to deploy long gun strings under pressure when the lubricators are shorter than the entire gun string. It is useful for retrieving long gun strings from a perforated well without killing the well. The system is also used for multiple perforating runs without killing the well between runs, or to overcome wireline weight limitation. CIRP also makes it possible to re-perforate older wells without stopping production, which cuts down production loss and potential formation damage. For this project, the well was still producing.

Safety is a concern, especially when dealing with the live guns on the surface. CIRP provides the added safety value in that when deploying guns under pressure it deploys the firing head separately from the gun. The head is installed in the lubricator and is then pressurized before being connected to the gun with CIRP. Accidental activation of the head when being pressurized would be harmless, as it is not connected at this time. CIRP allows the perforation in an underbalanced condition in a single run, which not only improves operation time but can also minimize formation damage and improve well cleanup after the perforation.

Fiber optic along the coiled tubing string collects point measurements downhole and optically transmits the data to surface in real time via the fibers. The features of the fiber optic-enabled coiled tubing system are:

A known disadvantage of conventional coiled tubing is that depth accuracy is often questionable because of the possibility of no surface indication that firing has taken place downhole. The introduction of fiber optic-enabled coiled tubing was necessary to avoid off-depth perforation and getting the live guns back to surface. GR and CCL work in tandem to get the perforating guns at the target depth with great accuracy, while real-time bottomhole pressure and temperature confirm that the perforating guns are fired as planned.

Well A-33L initially experienced high condensate issues. Described below is the summarized chronology of events at the well from the first attempt of well clean out before the insertion of long guns.

However, it was not anticipated that some loose fills were present in the casing when the high-pressure jetting nozzle was unexpectedly plugged as indicated by the inability to go down further during cleanout. The plan changed after discussions between Schlumberger and Petronas Carigali: the cleanout nozzle was used for the subsequent run and managed to touch down the plug back to total depth, indicating that the well was cleared prior to running with the perforating guns.

Twenty guns were deployed successfully at a rate of two hours per each gun section.

The most critical step was to correlate the depth of the gun placements prior to detonating the firing head. This is where the gamma ray/casing collar locator live correlation via fiber optic-enabled coiled tubing vastly assisted the decision making in avoiding off-depth perforations.

Using the live gamma ray/casing collar locator correlation, the guns were positioned across the agreed depth prior to activating the firing head. Pulse signals were sent down the coiled tubing to activate the firing head, once the signals matched the preset signals set on the surface. The perforating charges fired into the formation instantly initiated the additional gas production expected from the well.

Besides live correlation GR/CCL, the ability to monitor the real-time bottomhole pressure and temperature greatly facilitated the firing confirmation of the perforating guns.

The application of CIRP via fiber optic-enabled coiled tubing with gamma ray and casing collar locator to perforate I-95 and I-100 sands across a 120-ft (36.5-m) interval was proven to be extremely successful. The new perforated zones currently show superior results, with a gas production rate of about 50 MMcf/d after being idle for almost two years.

Risk analysis, technical discussions, and cost evaluation were critical in the decision making throughout evaluation of the CIRP perforation option. Close monitoring during the operation was also one of the contributing factors in achieving these successful results.

In conclusion, such application is highly recommended for long interval perforations in highly deviated wells, which cannot be reached by other conventional intervention methods.

The ability to perform all the long gun deployments in a single run significantly reduces the operation duration, allowing earlier monetization of the production gain.

Based on a paper presented at the SPE Annual Technical Conference and Exhibition in San Antonio, Texas, Oct. 8-10, 2012.