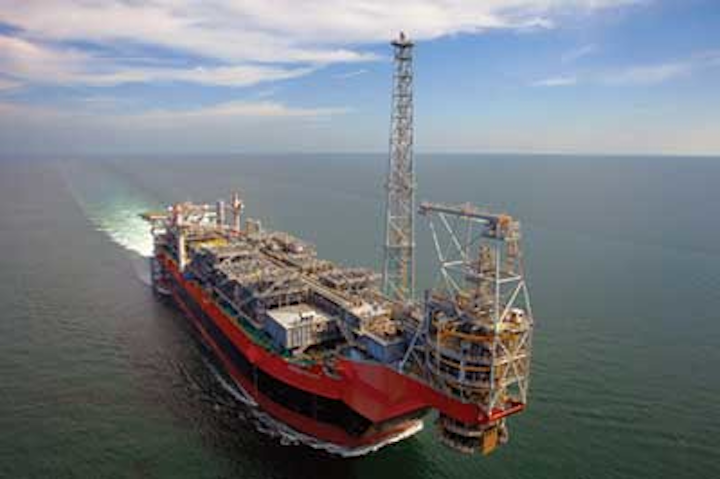 Operated by BP, PVSM is the largest deepwater project in Africa and one of the biggest offshore oil and gas projects in the world in terms of water depth and subsea extension. Located in the northeast section of block 31 about 180 km (112 mi) offshore, PSVM consists of 48 wells (22 initial producers, 16 water injectors, two gas injectors, and eight later infills) connected to an FPSO through 15 subsea manifolds and associated subsea equipment.

The project's first phase comprises three wells in the Plutão field, where BP expects to ramp up production to 70,000 b/d. Additional wells will boost PSVM's output to 150,000 b/d as wells go onstream in the Saturno and Vênus fields this year and in the Marte field in 2014.

The Plutão, Saturno, Vênus, and Marte fields were discovered between 2002 and 2004. In July 2008, BP and its co-venturers received approval from Sociedade Nacional de Combustiveis de Angola (Sonangol E.P.) to proceed with the first deepwater project in block 31.

Under an engineering, procurement, construction, and installation (EPCI) contract, BP awarded MODEC a frame agreement to supply an FPSO for the ultra-deepwater project. In December 2008, MODEC awarded Jurong Shipyard a $133-million contract to convert the very large crude carrier tankerBourgogne to an FPSO. The conversion involved installation of an external turret mooring system and process facilities including gas turbine generators, oil separation, gas injection/gas lift, and water injection systems. SOFEC designed, constructed, fabricated, and supplied the external turret mooring system, which is one of the largest external turrets ever constructed for a floater. The topside modules weigh more than 20,000 metric tons (22,046 tons).

The company also was awarded a $404-million contract for the engineering, procurement, and manufacture of more than 64 km (40 mi) of rigid flowlines. Project management and engineering was carried out at the operating centers in Paris and Luanda, Angola. The flowlines were assembled at the Angoflex Ltda. spoolbase in Dande, Angola, and the offshore works were conducted using Technip's deepwater pipelay vesselDeep Blue.

Angoflex Ltda. and DUCO (Technip's wholly owned subsidiary) won a $112-million call-off contract for the engineering, procurement, and manufacture of 34 umbilicals with a total length of 43 km (27 mi). Project management and engineering was carried out by DUCO in Newcastle, UK. The umbilicals were manufactured at the Angoflex plant in Lobito, Angola.

The PSVM project was developed with more than 20% local content in the manufacture and assembly of key components in Soyo, Dande, Luanda, Porto Amboim, and Lobito construction yards.