Some years after the devastating 2005 Atlantic hurricane season, Shell began developing an idea to bring some aspects of offshore platform work to a more controllable environment. 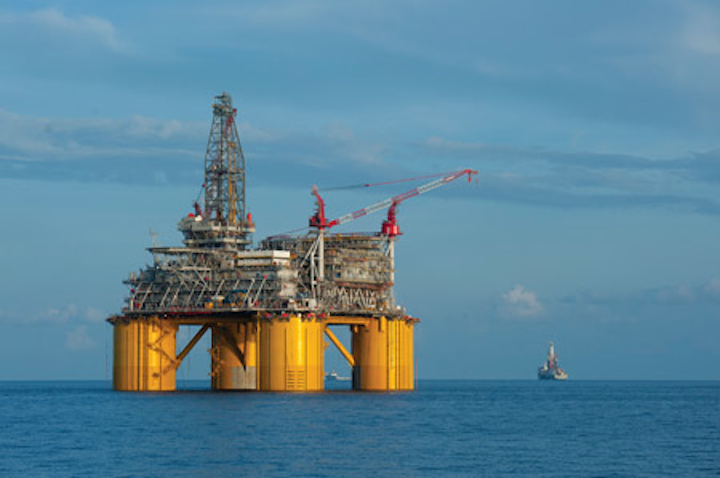 IOC brings real-time data from offshore to the office

Some years after the devastating 2005 Atlantic hurricane season, Shell began developing an idea to bring some aspects of offshore platform work to a more controllable environment. An indoor environment, where office space housed the ability to continuously monitor and control aspects of all phases of reservoir activity.

With offshore operations straying farther and farther from coastlines, and properties from the physical - like long subsea tiebacks, to the chemical, like produced fluids - becoming increasingly more complex, Shell was looking to determine the appropriate countermeasures.

In the post-Katrina environment, safe operations and protected, productive assets were top-of-mind. It was in that mindset in 2008 that Shell rolled-out a pilot program called Remote Assets Operations to Brutus, one of its deepwater US Gulf of Mexico assets.

"We were thinking about ways we could potentially improve our ability to manage, to monitor, and bring our technical and operational support organization closer to the assets without really increasing activity footprint offshore," Chevis said. "The design of that pilot was to start bringing some activity at the core of operations away from the asset, and then start some of the cultural change management, some of the understanding of best staffing models, collaboration models [etc.]"

After the pilot ran successfully for about six months, the program was deployed to three more GoM assets: Perdido, Auger, and Ursa.

The concept of maximizing the value out of the collaboration between operations and the office-based staff led to the concept that became Shell's Integrated Operations Center (IOC), approved in 2012 and constructed in 2013 in New Orleans' One Shell Square.

The IOC can conduct the monitoring and operating of facilities and wells; construction and maintenance planning and scheduling; planning and design work; as well as support organization and logistics, material management, and other functions. It also allows staff to make educated decisions with full-view of the field and interact with offshore personnel in real-time.

"The general theme is to think about trying to do everything involved in the preparation and planning up to execution, and just have the execution of work occur on location," Chevis said. One of the main drivers for the capabilities the center offers is the limitations of persons on board (POB). The ability to relocate those involved with planning up to execution allows room for more POB involved with performing work on the asset.

Olympus and Mars B

In bringing its most recent GoM asset into production in 2014, Shell had the chance to use the IOC immediately. The company monitors and controls two of its prized deepwater US GoM assets through the IOC: the Mars B subsea development, and theOlympus tension leg platform (TLP), located in about 3,100 ft (945 m) of water around 130 mi (209 km) south of the center's host city. Located in the Mississippi Canyon area, Shell says the Mars B development is the first deepwater project in the GoM to augment an existing field with "significant new infrastructure" to extend the life of the field. The Mars field was orginally discovered by Shell in 1984. Through Olympus and an additional floating drill rig, development drilling will enable ramp up to an estimated peak of 100,000 boe/d in 2016.

Just before theOlympusTLP entered production in 2014, commissioning work was completed through the collaboration of those technicians aboard the platform and those personnel monitoring operations from inside the walls of the IOC. The onshore personnel juggled between supporting the remote technicians physically performing the work through radio contact with flipping switches at the control console to complete some aspects of the commissioning work themselves, Shell's Jay Trussell explained. Formerly Shell's Olympus Operations Manager when production began, Trussell is now working as the Operations Manager for Vito, another Shell asset in the GoM.

The advantages of the IOC became immediately apparent, even improving upon the traditional methodology behind offshore work, Trussell said.

Within the IOC, which has a staff of around 102 people split between the two assets, is the Remote Control Room (RCR), a secure, glassed-in room with two full control consoles, along with all of the video and real-time video, and data connections to the field. It is staffed 24/7. The Control Operator rotates every six months between off- and onshore. Here, engineers were able to interact with the Control Operator while collaborating with the commissioning technicians offshore, talking them through any issues that arose along the way while bringing the development into production.

"Hence, [it underpinned] the idea of extending the asset physically to an office environment where the support people are greatly improving the time around problem-solving and around getting support to them...instead of somebody either finding out way too late in the process of identifying the problem or needing to go offshore and not having space to do it," he said.

Completing some of the commissioning work within the IOC allowed for more working technicians on board the platform, as intended.

It also allowed for a company-first.Olympus, Shell's seventh and largest deepwater platform was brought into production remotely through the IOC, due to one of the most unpredictable conditions often plaguing offshore operations: unruly weather, echoing one of the factors that triggered the conception of the IOC. The process was planned to proceed traditionally. Shell's team of engineers and support personnel intended to take a helicopter to the facility. Bringing the 24-slotOlympus' first well onstream was expected to take the group of around 10 people to conduct about four to five days worth of commissioning work offshore, Trussell said.

On the day that the team was to depart, there was a week-long period of very heavy fog conditions forecasted that would keep the team land-locked, delaying the start of production. The bad weather eventually triggered a string of the project's major successes.

"In the past, that team of engineers would have sat in this office building, stayed in hotels, waiting for the fog to lift to be able to go offshore and start their work," Trussell said. "They started their work and did all of it right here from this building, which actually enabled us to start up the facility earlier."

Undeterred by fog or any other uncontrollable factor of offshore operations, Trussell said that the team "opened up the first well and initiated production across the platform through the mouse clicks and the operating of the control system."

The ability to be connected by video and through other means at any point to talk through issues and work through problems saved Shell personnel trips out to the site, and importantly, taking the space from someone working offshore full-time, critical to all of the asset's operations.

Additionally, from a monitoring standpoint, the IOC proved its capabilities immediately, with more project milestones achieved quicker, and potential problems side-stepped before occurring.

During the weeks-long period where a well is ramped up, one engineer typically performs this work during the course of regular business hours, Trussell explained. Within the RCR, an extra engineer was brought in to monitor the subsea wells during the critical phase. The engineers divided up the work to monitor the asset 24/7.

A potential shut-in was averted when the four-person team of assigned surveillance engineers noticed a change in a trend of the data they had been monitoring on their work zone's visual screen. Trussell said that they noted the anomaly, felt something was amiss, monitored, and collaborated to work through it. In pulling more data from the RCR, a possible crisis was averted.

"We had an operating limit we were going to hit, and it probably was going to shut the platform in. They were able to diagnose what was causing it and fix it before we actually had the platform shut-in," Trussell said, saving at least a day's worth of production of oil still tagged at $100/bbl.

In order for people that are geographically dispersed to be positively engaged in common work processes, systems must be architected and data must be precisely replicated. There are fundamentals required - for the IOC, it is fiber-optic cabling and other reliable telecommunications equipment - to allow personnel on both sides of the coastline to communicate in real time and to see the same real-time data; however, Chevis said that Shell did not stop at key infrastructure.

"Layered on top of that, I would also say that [are] very efficient collaboration equipment, or collaborative technologies; for information sharing; for real-time video conferencing; and good audio quality between the locations," he said. "In other words, collaboration technology that allows very natural interactions among people and very efficient interactions. Not only for structured, planned meetings, but also for ad hoc engagements amongst staff that are here and offshore.

"That's related to different work processes, whether it be maintenance construction, operational wells and facilities - it has to be very efficient, very effective, very natural. Otherwise, the technology can get in the way of efficiency, of collaboration, or interaction amongst people."

Following the successes ofOlympus and Mars B, construction modifications are already under way to allow the IOC to accommodate four more assets in Shell's deepwater GoM portfolio by beginning of 2016. As it is currently planned, Chevis said that Auger and Perdido will be integrated this year, with Ursa and Brutus following in 2016. There are also plans for global deployment, as well.

"What we're doing today in the IOC - it's of significant value to us, but I think there's a lot more real potential there," he said. "As we learn and mature our way of working in this environment, you're seeing more organizational traction to even further embed that capability into a broader aspect of our operating model." •