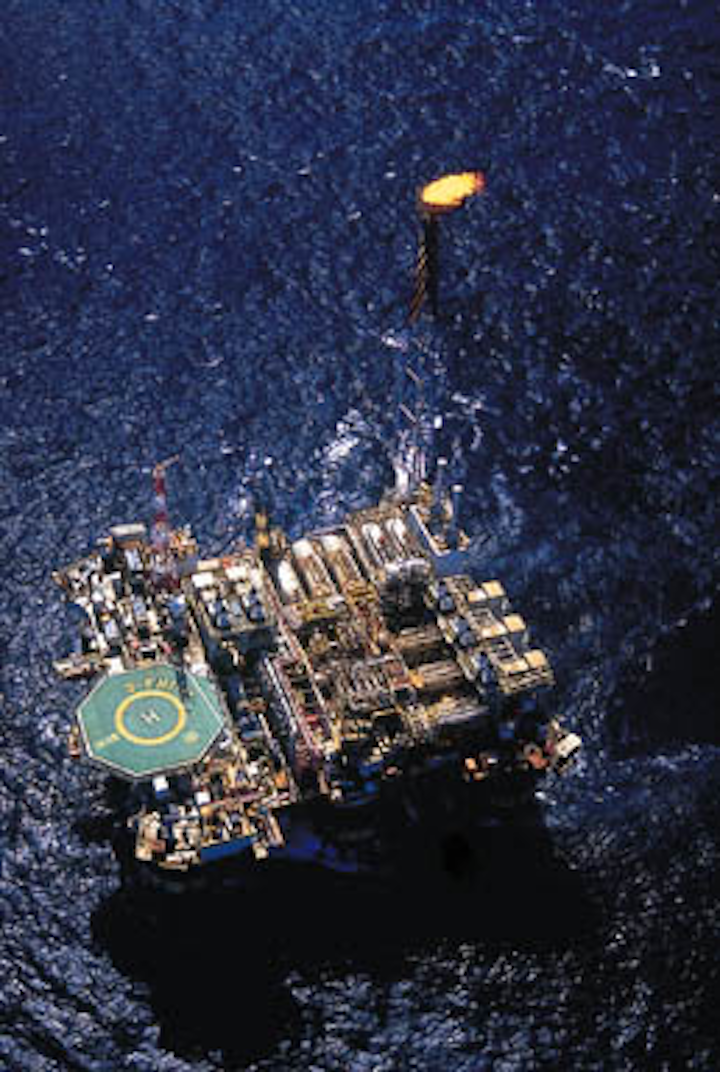 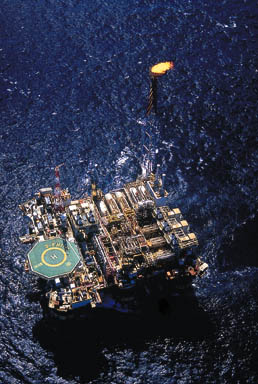 Seillean FPSO was chartered to speed the start of production at Roncador Field. Photo courtesy of RB Falcon.

Petrobras' latest giant field discovery, Roncador (Portuguese for Pigfish), is located in water depths of 1,000-2,000 meters, in the northeastern part of the Campos Basin. With only four wells drilled, reserves are estimated at 2.8 billion barrels. The discovery well, 1-RJS-436A was drilled to the depth of 1,853 meters (6,079 ft). It will be brought onstream using the Seillean FPSO, later this year.

The FPSO is equipped with a dynamic positioning system and will be located in 1,853 meters of water. It will be both the worlds' deepest-water producing well and host unit. It will also have a new version of an ultra-deepwater tree, use a drill pipe riser and have other innovations. This Roncador Early Production System, also called a long duration production test, has the capacity to serve two wells, producing a total of 20,000 b/d.

The tree will produce connected to the Seillean FPSO by means of an innovative drill pipe riser with a multiplex control system now being manufactured by Kongsberg Offshore (KOS). The subsea system allows the connection in piggyback of a satellite well via vertical connection modules, has a guidelineless emergency disconnect package. Among various unique features the tree incorporates a work over BOP at the swab valve location. The system was designed and manufactured in Brazil by a member of the FMC Group, CBV Industria Mecanica.

This system is programed to operate until sometime next year, when the first Roncador permanent production system is planned to come onstream. Production from those two wells will then be transferred to the host unit of what is called Module-1, the Petrobras-36 (P-36 is the former Spirit of Columbus) semisubmersible being converted into a FPS in Quebec. This is a big piece of equipment, probably the biggest floating production system in the world. In 2002 it is programed to reach peak production of 190,000 b/d.

The development project for Roncador's Module 1 is being altered, meaning that onstream time is not likely to come before the end of next year. Petrobras decided to review its plans for development of the giant field after drilling new exploration wells. The idea now is to exploit the field's north and eastern areas and delay development of the south zone as called for in the original plan for Module 1.

The change in the project was caused by results from wells RO-1, RO-2 and RJS-513 indicating existence of quite heavy oil in the southern area of the field, some 19° API. The northern and eastern areas showed traces of lighter crude at 30° API.

Petrobras says the changes will not mean significant alteration in Module 1's production layout, mainly some changes in the subsea part. The the number of wells will be increased from 26 to 28 (21 producers and seven injection wells), many of them horizontals. The P-36 will be located 10 km from the wells, anchored in 1,360 meters of water.

Petrobras has chosen the project finance option to pay for the development of Module 1, the first permanent production system for Roncador. Total costs are expected to be about US $1.95 billion. Invitations to bid on the financing will be called by the end of the year.

George Hawrylyshyn is Editor/Publisher of the Rio de Janeiro-based BRASIL ENERGY and other energy publications.