A new report from Evercore ISI's Oilfield Services, Equipment & Drilling group indicates that the offshore rig contracting market has (or will) hit bottom and begin to revive this year. 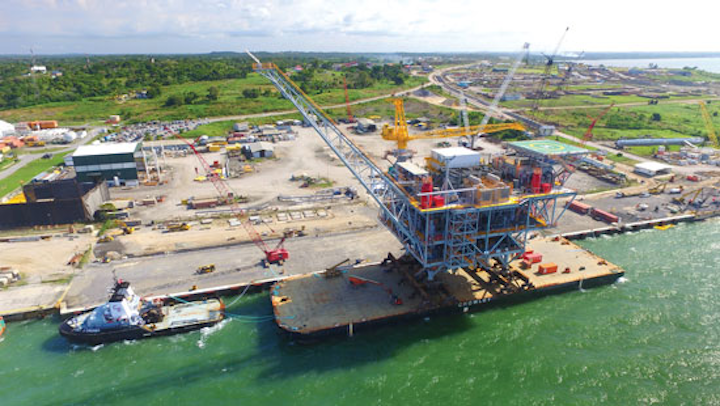 A new report from Evercore ISI’s Oilfield Services, Equipment & Drilling group indicates that the offshore rig contracting market has (or will) hit bottom and begin to revive this year. Modest growth in the sector is expected, depending on oil price movement.

According to the firm’s February Offshore Rig Market Snapshot, a total of 11 new contracts have been announced by mid-February. This number is in line with that reported a month ago, as the pace of offshore contract awards has been relatively stable since the start of the year. A total of 21 contracts were confirmed in January, similar to the total in January 2016 and above the 16 logged in January 2015. However, contracting still has a way to go before catching up to January 2014’s 35 and January 2013’s total of 42.

Of the 14 jackups contracted this January, five were for more than one-year terms in Saudi Arabia, Qatar, and the UK. So far in February, only one jackup and one floater has been secured for at least a year, in Thailand and Australia, respectively. Contracting activity will need to accelerate in the back half of February to keep pace with the 30 contracts announced last February.

The report also provided an update on drilling rig contractor fleet operations. It noted that rig contractors retired five floaters and three jackups over the past month, bringing the total to 74 floaters and 37 jackups since 2014. Evercore says that it believes that the figures are actually a bit higher, as at least eight jackups are classified as held for sale and six floaters have been cold-stacked for more than two years, the report said.

Meanwhile, 38 jackups and seven floaters (including theENSCO DS-10), previously scheduled to be delivered in 2017, have been deferred to 2018 and 2019 over the past month. One contracted floater, CIMC Bluewhale I, was accepted. However, the firm says that it expects the number of newbuild deferrals to grow in the coming months, with only three newbuild floaters (excluding Petrobras) and five newbuild jackups currently contracted.

Contract coverage for 2017 improved by 40 basis points (bps) to 38% for the global floater fleet and by 290 bps to 38% for the global jackup fleet. While some of the improvement from last month was due to rig retirement, within Evercore’s coverage, Diamond Offshore led with a 410 bps improvement to its 2017 floater coverage to 47% from theOcean Valor extension, while Atwood Oceanic’s 2017 jackup coverage increased to 19% from 0% with the new Atwood Orca contract. In addition, Ocean Rig’s 2017 floater contract increased by 330 bps to 38% due to an extension on the Leiv Eirikssonuntil early May. Meanwhile, North Atlantic Drilling’s West Alpha and Seadrill’s West Hercules are newly cold-stacked.

“We continue to expect the offshore cyclical downturn to break in 2017, with deepwater and shallow-water rig counts, day rates, and utilization bottoming and operators accelerating the pace of offshore development and equipment and services contracting,” the report concluded. “Our expectations for the offshore subsector remains relatively modest; however, as the duration of the bottoming process will depend greatly on the oil price through the first half of the year.”

Trinidad Offshore Fabricators Unlimited (TOFCO) says it recently completed work for the Juniper offshore gas platform topsides at its facility in La Brea, Trinidad. The project marks a milestone for Trinidad and Tobago as it is the largest offshore structure ever fabricated in the country.

Juniper is a normally unmanned installation measuring 145 ft to the top of the helideck and weighing approximately 5,200 tons. It was recently installed 50 mi off the southeast coast of Trinidad at a water depth of 360 ft. An anticipated production capacity of 590 MMcf/d will flow through the Mahogany B offshore hub.

The company noted that projects of this size and complexity often pose unique challenges. However, in the end these challenges were overcome and TOFCO not only delivered the project safely and within budget, it was also fully completed and pre-commissioned prior to the scheduled sail-away date. Even with the aggressive schedule, company officials say that quality was not sacrificed and global benchmarks were exceeded by working more than 2 million man hours on Juniper without a lost-time incident.

Over the past decade, TOFCO says it has installed management systems and processes to maximize efficiency and ensure quality control for all projects. As a result, the company says it has successfully fabricated 10 major offshore structures, essentially establishing the offshore fabrication industry in Trinidad and Tobago and developing a base of skilled workers.

The company says it relied on extensive communication and planning as well as a team of skilled workers and craftsmen, 98% of whom were native Trinidadians - most from La Brea and surrounding areas. More than 750 workers were engaged on the project at its peak. TOFCO says that its employee mentoring model has empowered its workers by providing internationally accepted skill set training, education and career development.

“The construction of the Juniper topside by TOFCO is as much a victory for Trinidad and Tobago and the community of LaBrea as it is for the companies involved in the project,” said TOFCO General Manager Javed Mohammed. “We look forward to taking this success into securing future projects.”

Fabrication of the Juniper topsides was significant for the Trinidad and Tobago economy because it provided local contracting and employment opportunities in a wide range of crafts and disciplines, helping to strengthen and stimulate the domestic oil and gas services supply chain. When Juniper begins production, it is expected to help close shortfalls experienced by the downstream and LNG processing plants.

TOFCO was established in 2004 as a joint venture between Chet Morrison Contractors and Trinidad’s Weldfab, Ltd.