Fugro has entered into a strategic alliance with Ground Structures Engineering Consultants Ltd. in the Republic of Guyana. The new relationship will facilitate training for Guyanese citizens and support local economic development. 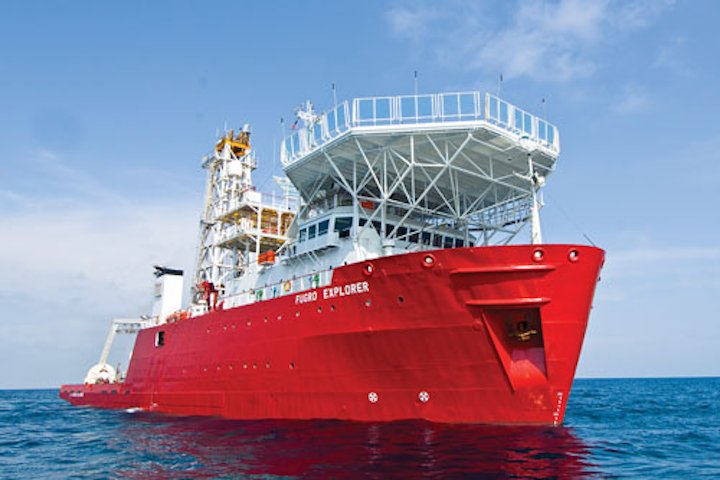 Fugro has entered into a strategic alliance with Ground Structures Engineering Consultants Ltd. in the Republic of Guyana. The new relationship will facilitate training for Guyanese citizens and support local economic development.

Fugro says that those employed by Ground Structures have experience in conventional geotechnical engineering and its services include site reconnaissance and geologic mapping, subsurface exploration, data analysis and engineering design, specification review and on-site monitoring. Principal consulting fields include environmental management, geotechnical engineering and groundwater hydrology and the company’s expertise is complemented by a full-service soil laboratory.

As part of this new working relationship, Fugro will provide onsite training at its accredited laboratory in Houston to cross-train soil technicians to meet industry standards. It will also provide offshore experience to Ground Structures’ certified soil technicians who will support a geotechnical campaign recently awarded to Fugro by Esso Exploration and Production, Guyana Ltd. The marine site characterization project was expected to begin in April, and the Ground Structures technicians will work alongside Fugro personnel onboard its deepwater geotechnical vessel,Fugro Explorer.

PAM system authorized for GoM use

The US Bureau of Safety and Environmental Enforcement (BSEE) has authorized the use of Sercel’s QuietSea passive acoustic monitoring (PAM) for seismic survey operations in the US Gulf of Mexico.

In a further milestone, Sercel also confirmed that QuietSea was deployed commercially for the first time on a proprietary 3D seismic survey CGG conducted offshore Morocco late last year. The integrated architecture was used for a continuous three-month period during the operation.

The monitoring system was specifically designed to provide mammal detection and localization information to PAM operators during seismic surveys. Used by an operator during the night or at times of poor visibility, QuietSea also provided automatic mammal detection during the day, which complemented the regular visual sightings by the marine mammal observer.

Anna Katarzyna Leszczynska, PAM operator with Hydenlyne, who operated QuietSea on CGG’sGeo Caspian vessel, said that “no downtime was experienced as a result of PAM equipment failure or human errors.” Pascal Rouiller, Sercel CEO, said that the two milestones confirmed the effectiveness of the system for environmentally responsible marine seismic acquisition.

This research project, executed as part of the Dutch TKI Upstream Gas program, is already sponsored by EBN, NAM, and Statoil. Upon joining the project, the OGA will specifically sponsor additional research, focused on the Southwestern Approaches and East Shetland Platform areas. These are also the subject of the UK government-funded 2016 seismic acquisition program.

Hypo-Lias was originally defined as a project which covers not only the UK and Netherlands, but also parts of Norway and Denmark. With the OGA joining the project, Hypo-Lias further extends its collaborative reach. All outcomes from the research sponsored by the OGA will become publicly available after completion, substantially boosting future joint research opportunities with a consistent focus on sustainable and competitive offshore gas exploration and production.

Jo Bagguley, Principal Regional Geologist at the OGA, said: “The OGA is committed to promoting exploration opportunities in the UK through both regional and targeted approaches. The Hypo-Lias project enables us to collaborate with our Dutch colleagues and share cross-border learnings.”

The results of the UK part of the Hypo-Lias project will complement the seismic data that has been acquired by the OGA in the southwest Britain and East Shetland Platform areas, Bagguley noted. OGA says that this will further its understanding of the exploration potential in these frontier areas of the UK continental shelf.

China Oilfield Services Ltd. (COSL) said in March that its seismic vessel Hai Yang Shi You 720 (HYSY 720) was on schedule to complete a survey off Gabon in early April. The company noted that a contract for the subsequent survey was under negotiation with an unnamed client. Separately, in its annual results 2016, COSL confirmed that HYSY 720 completed two 3D seismic acquisition contracts in the North Pole Barents Sea. Within its fleet, COSL operates and manages six seismic vessels, two ocean bottom cable teams, and five engineering survey vessels (as of 2016).