Downhole service firms and drill bit manufacturers are continuing to develop new products and technologies that can help operators and drillers improve efficiency, even as the market downturn has slowed drilling activity. 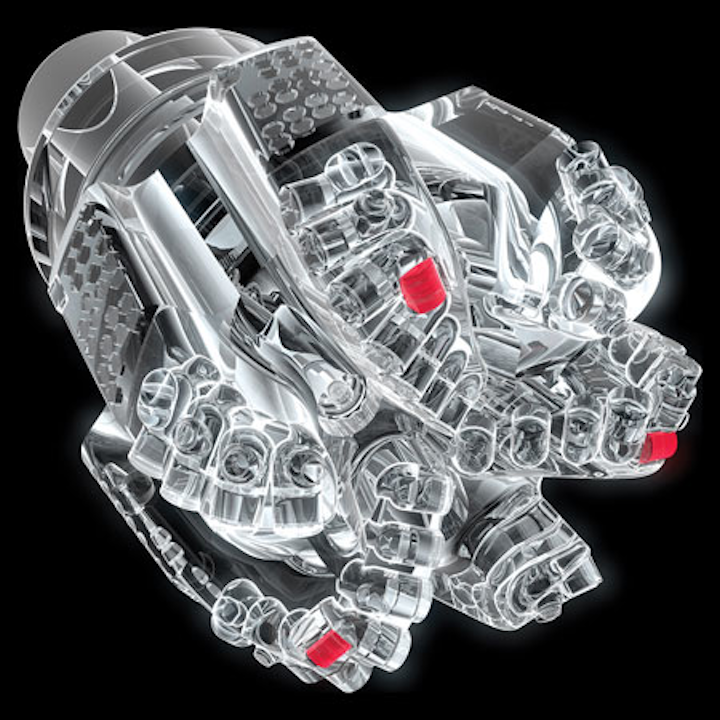 Downhole service firms and drill bit manufacturers are continuing to develop new products and technologies that can help operators and drillers improve efficiency, even as the market downturn has slowed drilling activity. These new technologies are designed to offer faster, more consistent rates of penetration (ROP), longer tool life, and improved well efficiency.

One recently announced technology is the TerrAdapt adaptive drill bit developed by Baker Hughes. The company says that this new bit can deliver dramatic improvements in drilling economics by using automation to mitigate downhole dysfunctions that cause inefficient drilling and costly tool failures. Baker Hughes says that with the industry’s first self-adjusting depth-of-cut (DOC) control elements, the TerrAdapt bit automatically changes its aggressiveness based on the formation through which it is drilling to mitigate vibrations, stick-slip and impact loading.

The company notes that while the vast majority of well intervals are drilled through a variety of formations containing layers of different rock types, in many cases polycrystalline diamond compact (PDC) drill bit designs feature a fixed DOC control setting that is optimized for only a single rock type. A fixed-DOC bit will drill smoothly in some areas but will perform erratically and inefficiently in others due to vibrations that occur when the bit transitions between different rock types, causing stick-slip.

During stick-slip events, Baker Hughes explains, the bit’s bite becomes too aggressive, causing it to “stick” and stop rotating, while the drillpipe behind it continues to wind up like a spring until the bit releases, or “slips,” and begins spinning uncontrollably. These stick-slip events dramatically increase drilling costs by reducing ROP, and can seriously damage the bit and other expensive mechanical and electrical bottomhole assembly (BHA) components. When this happens, operators have to make extra trips to replace the bit/BHA, or continue to drill with diminished performance.

The TerrAdapt bit incorporates self-adjusting DOC elements that autonomously extend to create an optimal DOC based on the formation, preventing vibrations and stick-slip when the bit transitions between rock types or sections. When the risk of stick-slip has passed, the elements retract, enabling drilling to resume at a maximum ROP. The elements also absorb any sudden shock to the bit face, significantly reducing damage to the TerrAdapt bit’s cutters and other BHA hardware and electronics.

Baker Hughes says that the TerrAdapt bit is the first in a new line of adaptive bits that it is developing to help operators address various drilling dysfunctions, improve performance, and reduce costs.

Last year, Schlumberger’s Smith Bits released the AxeBlade ridged diamond element bit, which incorporates new geometry Axe-ridged diamond elements across the bit face. The company says that AxeBlade bits improve ROP in a wide range of formations and steering response in directional applications. The company says that the AxeBlade offers a PDC bit that provides differentiated performance in ROP. The cutting efficiency delivered by the bit is designed to help reduce the cost of drilling operations.

The latest generation of Smith Bits three-dimensional cutting technologies, Schlumberger says that the Axe elements have a specially designed ridge shape that combines the shearing action of a conventional PDC bit with the crushing action of a roller cone bit. The company also says that the geometry of the element breaks rock more efficiently, requiring 30% less force; and delivers improved control compared with conventional PDC cutters when drilling directionally.

Earlier this year, Halliburton released its Cruzer depth-of-cut rolling element, a drill bit technology that is designed to increase tool face control without reducing drilling efficiency. The company says that this design provides operators with the ability to increase their ROP at a lower cost per foot for improved economics.

The feature is available on Halliburton’s PDC drill bits which are designed for high abrasion and impact resistance in challenging formations. When Cruzer technology is incorporated, depth-of-cut control is maintained throughout the bit run, Halliburton says. The rolling element is designed to be especially effective in applications that require more stabilized control of the directional drilling process.

Additionally, the rolling element’s small size allows this feature to be incorporated into new or existing designs that enable easy repair of bits with Cruzer technology. Operators will realize lower friction levels and heat generation for greater efficiency and reliability, the company says.

Halliburton also notes that its drill bits are developed through a proprietary process called Design at the Customer Interface which customizes each bit for an operator’s specific application.

NOV continues to advance its ReedHycalog Tektonic drill bit platform, which it says can be deployed for both shale and deepwater applications. The company says that the drill bit platform combines advanced bit body geometry and a cutter layout with enhanced hydraulic design and the latest generation of PDC cutter technology, to maximize drilling efficiency.

The firm says that the DS-1 BITS standard will benefit any company that is affected by the inspection and use of bits for drilling applications. For bit manufacturers, products will undergo reliable inspection each time, increasing the quality of end products and ensuring consistency in the procedures used by each inspector. For bit users, a quality inspection process will provide confidence that each bit has undergone the same rigorous inspection program. According to T H Hill Associates, this standard will give bit inspectors a one-stop source for the entire bit inspection process, one that simplifies training of new employees and provides consistent service.