The production of oil and gas in deepwater appears to have rebounded slightly in 2016 from its nadir in 2014. Unlike onshore production, however, momentum for increasing the fleet of floating production units is not immediate. 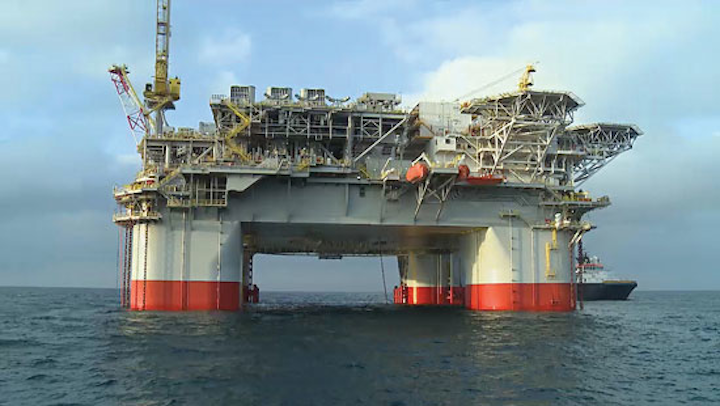 The production of oil and gas in deepwater appears to have rebounded slightly in 2016 from its nadir in 2014. Unlike onshore production, however, momentum for increasing the fleet of floating production units (FPUs) is not immediate. A global supply inventory has kept oil prices from increasing to pre-downturn levels and budgets for new floating facilities are modest, at best. Pre-FID deepwater project breakevens have come down 20% since mid-2014, but it is still not enough for most developments to move forward. High capital costs are prevalent as are the longer cycle life of deepwater FPU development - from field discovery and its validity through appraisal drilling, to project sanction, to multi-year FPU construction and installation for reaching first production. This evolutionary process can take a decade or longer. With those obstacles in place, forward movement, in unsure market conditions, can lead to hesitancy.

Since publication of the lastDeepwater Solutions and Concept Selectionposter in May 2016, there have been few notable deepwater startups. The Malakai tension leg platform (TLP) reached first production in December, becoming the first such facility offshore Malaysia. Total’s Moho NordTLP went onstream in March after being delayed from 2016. Statoil’s Aasta Hansteenspar,originally projected for late 2016 operation, has been shifted to first production in 2018. When it reaches that milestone, it will be the first spar operating in Norwegian North Sea waters. In late 2016, the industry sanctioned the first new floating production unit in 18 months, Mad Dog Phase 2. The semisubmersible will operate in the US Gulf of Mexico beginning in 2022.

As expected, the major growth during 2016 in floating production systems was in FPSOs. Shell’s much anticipated FPSOTurritella reached first production in September in the Gulf of Mexico’s Stones field. This vessel, demonstrating the industry’s engineering ingenuity and perseverance, now operates in 9,500 ft (2,896 m) of water, approximately 1,000 ft deeper than the next deepest floating facility of any kind. Three Petrobras FPSOs reached first production as well. The Cidade de Marica, Cidade de Saquarema,andCidade de Caraguataratuba are now all operating offshore Brazil in the Lula and Lapa fields in water depths exceeding 6,900 ft (2,104 m).Another significant FPSO startup in 2016 was the ProfessorJohn Atta Mills operating for Tullow Oil in the TEN development offshore Ghana. In early 2017, Bumi Armada’s Armada Olombendostarted producing offshore Angola for Eni.

Unstable market conditions during the past two-plus years have necessitated postponements, cancellations and extension of projected first production dates for FPUs previously sanctioned. The FPSOArmada Kraken, originally scheduled for first production in late 2016, just reached that milestone, some six months later than planned. Petrobras has been a prime example of this negative low price impact. Its original plan of constructing eight replicated FPSOs has been significantly scaled back with the cancellation of three vessels. Of the remaining five, fabrication has been moved from a local Brazilian fabricator to Cosco in China for deferred completion of the hulls and subsequent topsides integration.

Other casualties include the Kaombo FPSOs destined for operation offshore Angola for Total. The initialKaombo Norte vessel, although more than 75% complete, has been delayed by at least six months and will not reach first production in 2017 as expected. The second, Kaombo Suris also expected to be delayed presently from its expected late-2017 first production into 2Q 2018.

The increase in global natural gas demand has encouraged the development of a floating liquefied natural gas (FLNG) market. A recent outlook report from Royal Dutch Shell indicates that LNG demand could rise as much as 50% from 2014 to 2020, double that of natural gas. This market has prompted an increase in both floating LNG (FLNG) vessels and floating storage and regasification units (FSRUs). In December 2016, the industry’s first FLNG vessel, thePFLNGSatu, began operating for Petronas offshore Malaysia in 650 ft (198 m) of water. It has the capability to liquefy natural gas at a capacity of 1.2 mtpa. This historic accomplishment is expected to be followed later in 2017 with first production offshore northwest Australia from Shell’s Prelude FLNG vessel which will have the largest designed capacity at 3.6 mtpa. There is hesitancy in this market as well, given cost and market uncertainty. The PFLNG2, sanctioned by Petronas to follow Satu, is now deferred. Similarly Golar LNG’s conversion of three vessels to FLNG service have only its first two - Hilli and Gimi - on target for installation in 4Q 2017, while the third - Gandria - is being deferred until at least 2019.

The industry has responded to longer-term prospects for project sanctioning by negotiating lower costs between the owner and engineering firms, fabrication contractors, and vendors. Two Gulf of Mexico semisubmersible facilities on order indicate this change. Shell’s Appomattoxproject, sanctioned in 2015, is reported by the operator as being sanctioned at a 20% lower cost using fewer wells and design modifications. In December 2016, BP sanctioned the Mad Dog Phase 2project with a semisubmersible after abandoning its earlier choice of a spar concept. The FID came in at approximately 50% of its original budget.

In addition to leverage that can be applied to fabrication yards because of reduced work there, producers are heavily relying on the ingenuity of design engineering firms that has brought the industry to its current advanced state of technology. Those firms are responding with innovations in project execution and work processes that dramatically reduce costs, eliminate unnecessary deliverables, and streamline overall project execution.

Initiatives are being undertaken with a focus on standardizing with proven designs and experience, increasingly automating the information flow, and streamlining interfaces among project participants. Improved efficiencies in procurement, tracking, and other critical areas are also leading to cost reductions that should offer future project breakevens that match anticipated oil prices.

This year will see a pick-up in deepwater project sanctions. However, a rising tide will not lift all boats. The US Gulf of Mexico, Brazil, Guyana, and Senegal appear well placed for a rebound. Nigeria, Angola, East Africa, and Australia are impeded by high costs, local content, and/or punitive fiscal terms. The slowdown has no doubt changed the structure of the industry resulting in meaner and leaner, but also shrinking in size and scale. In addition, the pool of operators has shrunk - eight firms now operate ~70% of 40+ pre-FID deepwater projects. This will certainly slow the flow of new developments.