Norway's Petroleum and Energy Ministry continues to push exploration northward. The country's latest licensing round, APA 2017, is offering 53 blocks in the Barents Sea and 34 in the Norwegian Sea. 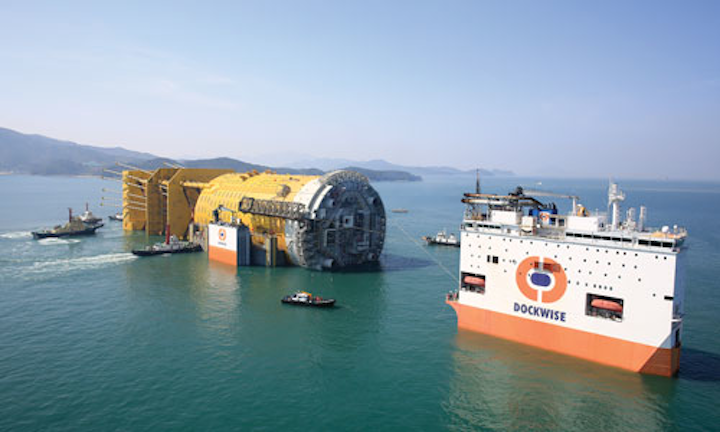 Norway’s Petroleum and Energy Ministry continues to push exploration northward. The country’s latest licensing round, APA 2017, is offering 53 blocks in the Barents Sea and 34 in the Norwegian Sea. Those in the southern Barents Sea include areas around the Alta, Gohta, and Wisting oil discoveries, all undergoing further appraisal drilling ahead of probable developments. Bids are due in by Sept. 1.

This year the Norwegian Petroleum Directorate (NPD) anticipates a record total of 15 exploratory wells in the far north, with Statoil planning to drill five to six, including its first in the newly opened southeastern Barents Sea on the potentially high-impact Kørpfjell structure. Following a recent mapping exercise over the eastern part of the northern Barents Sea - an area 10,000 sq km (3,861 sq mi) larger than the Norwegian Sea - NPD now believes undiscovered oil and gas volumes in the Barents region are twice as large as previously thought, and could hold 65% of the country’s total undiscovered resources. Findings suggest the most prospective parts of the northeast offshore are likely to be the Storbank High, Sentralbank High, and Kong Karl platform.

Of the three greenfield Barents Sea developments currently on the drawing board, Statoil’s Johan Castberg is the most advanced and the partners are likely to submit a development plan by the end of this year. Recently, Statoil contracted the GE/Halvorsen joint venture to conduct front end studies for a seawater sulphate removal unit to protect production wells at Castberg, 100 km (62 mi) north of the Snøhvit field. This summer, Statoil and operator Eni also aim to start producing oil for the first time from the Snadd formation of the 200-MMbbl Goliat field, and will likely drill further wells on the field later to improve recovery, the NPD said.

Various drilling contractors expect the market for floating rigs in the North Sea to slowly recover from next year onwards. Statoil recently firmed up a nine-well commitment for the winterized, dual-derrick semisubmersibleTransocean Spitsbergen, which this summer will drill exploration wells for the company on the Jock Scott, Verbier, and Mariner licenses in the UK central and northern North Sea. At the Mariner heavy-oil field the first platform topsides will also be installed this summer, with first oil due to follow in 2018.

Around the turn of the year the rig will sail north to start a separate $95-million, six-well development drilling program on Statoil’s Aasta Hansteen field in the Norwegian Sea. The hull for the spar platform, the world’s largest, recently departed Hyundai’s yard in South Korea and on arrival in Stord, western Norway, will be mated to the platform deck.

Allseas’ new decommissioning vesselPioneering Spirit has removed the 24,000-ton topsides from Shell’s Brent Delta platform in the UK northern North Sea, the first major component of the Brent field decommissioning program. The structure has been secured to a three-legged gravity base structure in 140 m (459 ft) of water. Following the single-lift removal, said to have established a new world offshore lifting record, the topsides was seafastened to the vessel’s deck for transportation to Able’s recycling yard in northeast England.

Heerema Marine Contractors looks set to start a five-year decommissioning campaign this year for ConocoPhillips at the Ekofisk field center in the southern Norwegian North Sea. This involves engineering and preparation for subsequent removal and disposal of four platforms with a total weight of around 36,000 metric tons (39,683 tons).

Britain’s main gas player Centrica has committed to a £60-million ($77.3-million) refurbishment of two 5,000-metric ton (5,511-ton) platforms at its Morecambe Bay fields in the East Irish Sea. Morecambe Bay South started operations in 1985, followed nine years later by Morecambe Bay North, and both remain Centrica’s and possibly the UK’s cornerstone gas production center. The company aims to extend the lives of the facilities to help it recover a further 300 bcf from the region.

A 300-strong offshore team is involved in the project, which is supported by an accommodation barge that will be moored alongside the DP6 and DP8 platforms over the next seven months, overhauling equipment and removing the lifeboats and cranes for upgrades and subsequent reinstatement. Following another overhaul program earlier this year, all Centrica’s East Irish Sea gas production now heads to the new North Morecambe Terminal for processing.

In the UK northern North Sea, Alpha Petroleum Resources looks to have finally found a solution for redeveloping the Cheviot oilfield, after a floating Octabuoy production platform commissioned by previous operator ATP from COSCO in China was canceled. Under a front-end engineering and design study agreement, Teekay plans to reuse the FPSO that formerly produced the Varg field in the southern Norwegian sector under a lease and operate contract. Alpha says the vessel had a good track record and requires only a minimal makeover, and the company is targeting first oil for 2019 at a rate of at least 30,000 b/d. It believes it can maximize recovery of the complex reservoir via a combination of re-injection of produced gas and water and horizontal wells to minimize drawdown.

Steam Oil Production Company is making headway with another heavy oil program in the UK offshore sector, with a planned cooperation agreement with FluidOil, developer of the Viscositor Heavy-to-Light oil upgrading technique. This generates large volumes of high pressure steam, and has been applied at refineries to convert ultra-low API heavy oil to marketable 23-29° API synthetic crude. In the North Sea, the partners will seek to adapt the process for steam flood development of various undeveloped fields on the Western Platform, 140 km (87 mi) east of Aberdeen, with the aim of producing up to 300 MMbbl.