Current low oil prices and the expectation that these low prices will last for a long period of time are putting significant pressure on operators' budgets, thus significantly reducing exploration and production. 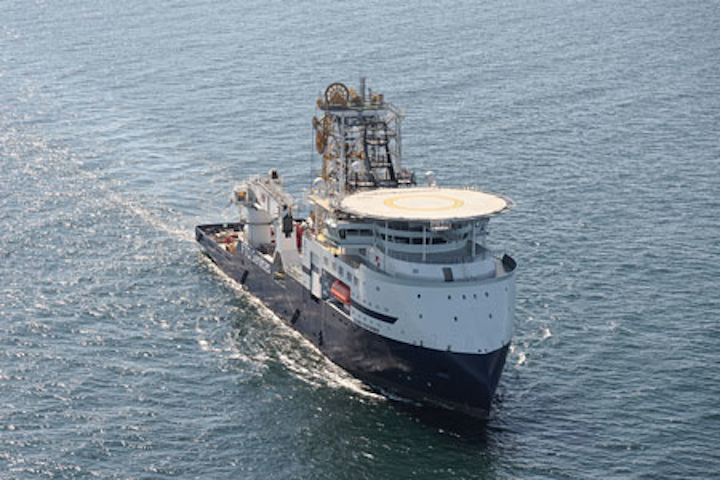 Current low oil prices and the expectation that these low prices will last for a long period of time are putting significant pressure on operators’ budgets, thus significantly reducing exploration and production.

In a similar market scenario, it becomes of paramount importance to maximize the recovery rates from existing fields (increased oil recovery/IOR) and to reduce the time required to exploit the field, so that the return on capex and opex investments in a certain field can be maximized.

The overall recovery rate also plays an extremely important role in the assessment of commercial viability for a given field, and an increase of a few percentage points can significantly improve the economics of a project, ultimately making the difference for its sanctioning.

This is particularly relevant for subsea fields, as historically subsea wells see a limited amount of interventions due to the high costs of a semisubmersible rig to perform the work. The lack of proactive well intervention for increased production leads to the undesired effect that subsea wells typically see much lower recovery rates when compared to fixed platform wells, where intervention can be performed at lower costs.

Riserless light well intervention (RLWI) is a cost-effective method of intervening in subsea wells from a fit-for-purpose vessel without the use of a riser. The higher operating efficiency and lower spread rate of an RLWI system results in a much lower cost per intervention compared to a semisubmersible rig.

RLWI was established in the North Sea in the late 1980s, and since then it has become a well proven, mature, and recognized intervention method, with more than 1,100 wells intervened and an almost 30-year track record.

Statoil was an early adopter of RLWI as part of the IOR strategy, and has achieved remarkable results toward the ultimate goal of 60% recovery rates for its fields.

FMC Technologies has been supporting this effort since 2005, providing the intervention stack on the three RLWI vessels operated by Island Offshore in the North Sea. In 2012, based on the success of RLWI in the region, FMC Technologies and Edison Chouest Offshore founded a new company, FTO Services, with the intent to export the RLWI model to other regions, and to expand RLWI capabilities to deeper water and further enhance the efficiency of these operations.

In 2015, FTO Services introduced to the Gulf of Mexico the latest addition to the RLWI fleet, theIsland Performerand its deepwater stack.

This is the first time a purpose-built and dedicated RLWI system is available in the Gulf of Mexico, and operators have shown significant interest for its capabilities and for the highly integrated approach taken by FTO Services. The system is capable of performing RLWI services in water depths up to 2,000 m (6,500 ft).

When accessing the well through the deepwater RLWI stack, all kinds of wireline and slickline operations can be performed, enabling full well diagnostics, mechanical intervention, and any other interventions aimed at increasing production or at bringing wells back online.

Operators have been very successful using RLWI for increased production, and the percentage gains are significant, reaching even 100% for stimulation treatments, and going even significantly higher for operations like scale or other obstructions removal.

In recent stimulations campaigns, operators have been reporting cost reductions of up to 85% when compared to the same treatment performed from a rig. The increased production is associated not only to a drastic increase of the productivity index (up to 1,400% in a recent case) but also to a major reduction in drawdown (up to 66% in a recent case) which results in improved reservoir management and reduced risk of asphaltene deposition.

Typically the return on investment from an RLWI operation is five to 10 times the cost of the intervention itself, and the payback time is in the order of a few months, bringing a positive cash flow for the operator soon after the operation is performed.

As an example, documented RLWI case histories show production increases of 3,000 b/d for a stimulation job, 8,350 b/d for removal of an obstruction (scale/paraffin/asphaltenes), 5,700 b/d for a production logging, and re-perforating and 12,600 b/d for putting a well back into production after replacement of a downhole component.

When looking at the value generated by these operations, the following example can be considered:

With these assumptions, the operation would have a payback time of just 88 days and would generate a net present value of around $30 million over a three-year period, thus confirming RLWI as an effective method of generating value for the operator even in a low oil price environment.