Wasco Coatings Germany has begun concrete weight coating pipes for the Nord Stream 2 offshore pipelines project at the port of Mukran on the island of Rügen in the Baltic Sea. 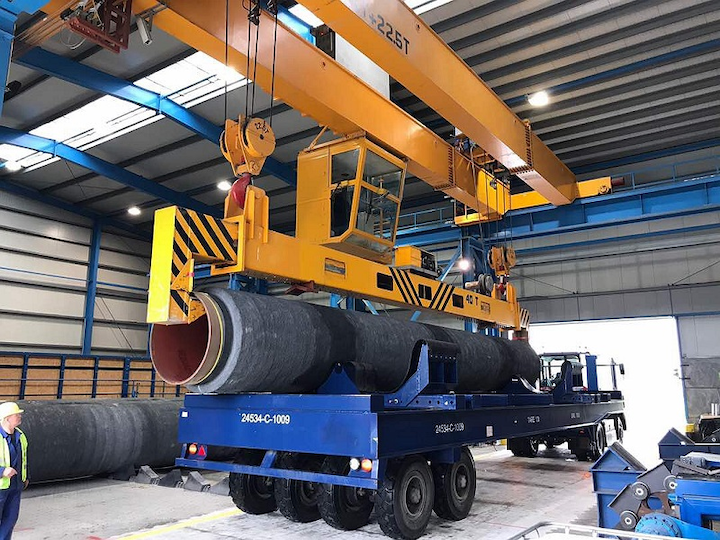 ZUG, Switzerland – Wasco Coatings Germany has begun concrete weight coating pipes for the Nord Stream 2 offshore pipelines project at the port of Mukran on the island of Rügen in the Baltic Sea.

The contractor aims to coat up to 90,000 pipes by the end of 2018 at the location, which, as with Nord Stream 1, is the logistics hub for the project’s pipeline construction.

Currently 39,000 pipes are at a specially prepared storage area following deliveries from the Europipe factory in Mülheim an der Ruhr, which started last October.

Since contractually taking over the existing facility in Mukran this February, Wasco has been preparing for the start of production. Following factory optimization and pre-qualification tests, coating can now get under way.

Around 250 Wasco personnel are involved in concrete weight coating and logistics support in Mukran, where some of the finished pipes will be kept at an interim storage facility. The remainder will be transported for storage to Karlshamn, Sweden.

In 2018, the pipes will be transported by the shortest route possible to the pipe-lay vessels as they start offshore installation.

Wasco is also using the Finnish ports of Kotka and Hanko aslogistics hubs. Concrete weight coating began in Kotka at the end of March.