Rotech Subsea has decided to keep a TRS2 controlled flow excavation system in Myanmar after completing a project on an export pipeline for state oil company MOGE. 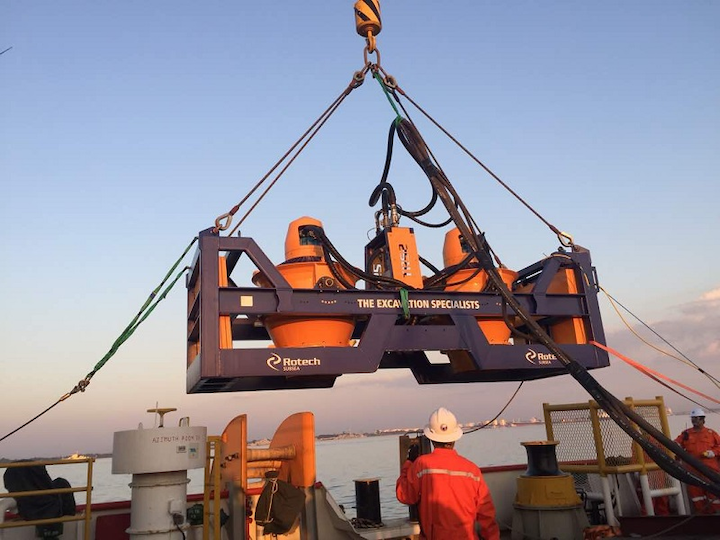 ABERDEEN, UK – Rotech Subsea has decided to keep a TRS2 controlled flow excavation system in Myanmar after completing a project on an export pipeline for state oil company MOGE.

This was a seabed freespan correction program associated with the offshore Yangon field development.

The team applied the TRS2 on a 24-in. live pipeline, according to Rotech Subsea, the system’s power and controlled flow ensured the accuracy needed, due to the freespan’s range of 0.1 up to 0.7 m (0.3-2.23 ft).