Norwegian gas trunklines operator Gassco says a new bypass system has been installed around the redundant B11 compressor platform in the German North Sea. 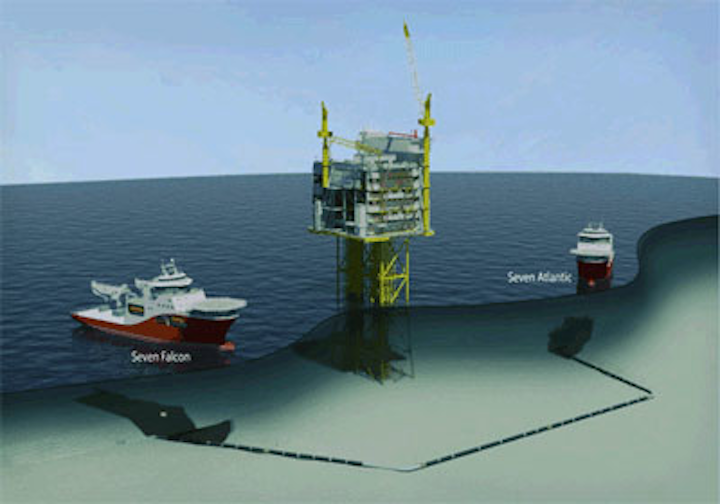 KOPERVIK, Norway – Norwegian gas trunklines operator Gassco says a new bypass system has been installed around the redundant B11 compressor platform in the German North Sea.

B11 used to serve the Norpipe gas pipeline, which runs from Norway’s Ekofisk field in the southern Norwegian North Sea to the Emden terminal on the German mainland.

Subsea 7 installed the 330-m (1,082-ft) long bypass over three-week period. It comprises six pipe lengths welded together on the seafloor by divers. Ekofisk operator ConocoPhillips Skandinavia had responsibility for the program, on behalf of Gassco.

B11 entered service in 1977 as part of the gas transport system from Ekofisk to Emden. In recent years, the need for gas compression in Norpipe declined – at the same time, the platform faced substantial upgrade costs.

Hence Gassco’s recommended for a bypass to be incorporated in the pipeline so that the platform could be removed, a proposal accepted by the Gassled joint venture in 2010.

AF Gruppen will remove and recycle the platform, with work due to be completed in 2015.