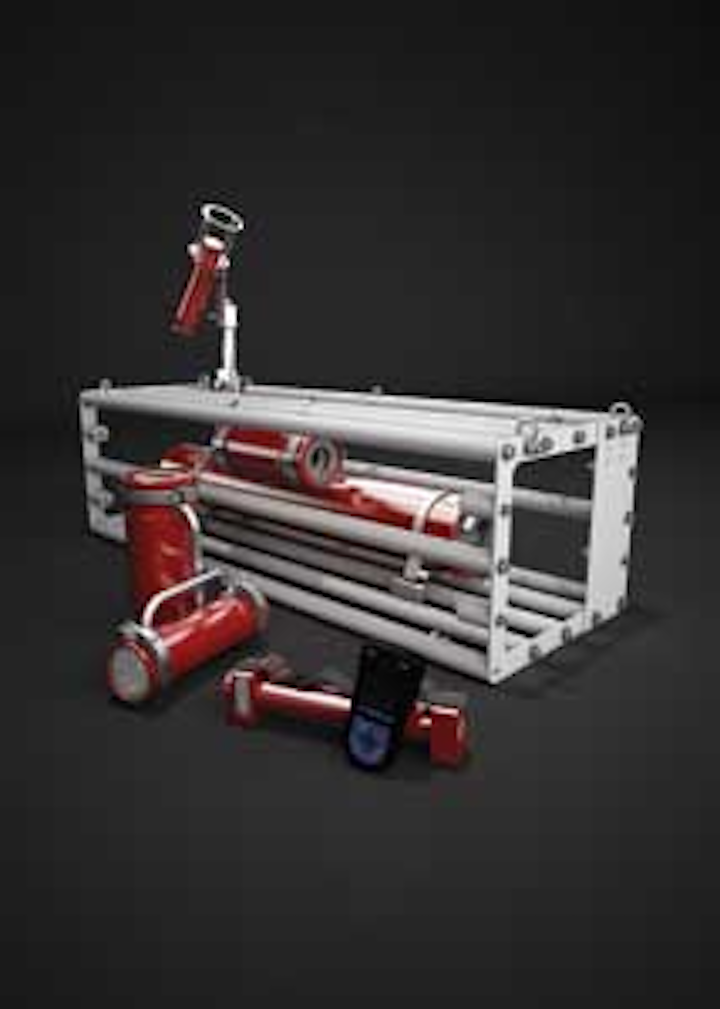 Every day brings news of operators charting remote territory to unearth new sources of oil and gas. As they delve deeper subsea and into difficult-to-access terrain, the challenge of installing and maintaining complex pipeline networks continues to escalate. To make certain that pipelines are well maintained regardless of location, the industry has developed sophisticated remote-controlled systems to inspect them and to isolate pressure in sections needing repair.

Critical to the successful completion of isolation operations carried out to facilitate safe repair and maintenance of pipelines is the ability to control, track, and monitor pressure isolation tools. Tracking and monitoring conventional pigs, high resistance and intelligent pigs, and other inspection geometry tools used during pipeline cleaning and inspection operations is also important.

Historically, pig tracking methods have been limited by the level of the frequency of the signal emitted by a transmitter installed on the pig. A fixed frequency signal generated by the transmitter was detected by a receiving device located on - or in proximity to - the pipeline. Before a pig run, the systems were put in place and a signal frequency was selected in accordance with the type of tracking required.

As a general rule, a higher frequency is required to track pigs moving at a higher velocity in order to ensure that the pig is detected as it passes a detection unit. Lower frequency settings are used when a pig is to be monitored at a fixed location for an extended period. Because the battery life of the transmitter is in nearly direct proportion to the frequency of the signal, the higher the frequency rate of the signal, the shorter the battery life. This means that the ability to track and monitor pigs traveling at higher speeds or for longer periods is significantly reduced.

To overcome these limitations, T.D. Williamson (TDW) developed the SmartTrack remote tracking and pressure-monitoring system. The system uses through-wall communication technology to remotely track and monitor a pipeline pig or any other inline intelligence-gathering device, such as a geometry inspection or magnetic flux leakage (MFL) tool, as it travels through an oil or gas pipeline, regardless of the location of the line.

Whether the pig is inserted into a subsea, topside or onshore pipeline, the system pinpoints its location and identifies it via a unique identification (ID) code attached to the pig's transponder, and monitors pipeline pressure. Should the pig stop or become stuck, it can be located quickly so that steps can be taken immediately to rectify the situation. It is also an effective means of tracking specially designed pigs in sequences used to flood, clean, and gauge pipelines during pre-commissioning.

The system's through-wall communication technology allows the transmitter's signal frequency to be adjusted remotely. The unit can also be deactivated remotely by setting it to dormant (or sleep) mode, allowing it to be reactivated when critical operations resume. As a result, it offers much greater flexibility, particularly for operations that require monitoring for extended periods or when work must be put on hold - due to adverse weather conditions or other circumstances - and restarted at a later date.

Based on electromagnetic technology using extremely low frequency (ELF), the system creates two-way (bidirectional), through-wall communication between transponders and transceivers. Transponders are normally mounted on the pig or inspection tool and given a unique ID code. Each transponder emits a unique signal so that every pig is easily identified. Transceivers are situated near or on the pipeline, and receive the transmitted signals before relaying them to a user interface.

Using a personal computer or handheld personal digital assistant (PDA) onboard a surface support vessel or platform, a trained specialist reviews the data to continuously track the pig's progress. Pressure monitoring is also available via a personal computer. At any time, the operator can activate, deactivate, or reconfigure the parameters of the transponder.

To ensure that critical pipeline repairs are safely executed, TDW uses the new tracking system during every pipeline pressure isolation operation it carries out, especially in the offshore arena. Technicians onboard a dive support vessel (DSV) or offshore platform use the system to control and track the position of every inline SmartPlug pressure isolation tool in a planned sequence, from the time it departs the launcher until the operation is complete. Internal pipeline pressure is also monitored throughout the operation. By using these two systems in conjunction with one another, it is possible to repair and maintain pipelines without suffering the time and expense of bleeding down the line.

The ability to accurately inspect the interior of a pipeline is critical to proper maintenance and operation. For those tasked with overseeing inline inspection (ILI) operations, it is important that the ILI intelligence-gathering systems used to gather this crucial data are properly controlled and accurately tracked during the operation.

First, the intelligence compiled must be collected from the intended locations within the pipeline so that the proper repairs and maintenance activities are carried out. Second, the inspection operation itself must be executed efficiently and effectively. To this end, the new system can be used to track any device within the pipeline, including ILI tools.

For example, it accurately tracks ILI tools, such as the KALIPER 360 geometry inspection and magnetic flux leakage (MFL) tools, as they travel through the pipeline. It also offers an effective means of tracking specially designed pigs in sequences used to flood, clean, and gauge pipelines during pre-commissioning.

The new tracking system makes it possible to track a range of inline isolation devices, and to monitor pressure. As technology evolves with the arrival of ever more sophisticated pigs, the demand for a system to track them continues to rise. The same is true of technological advances in the development of ILI tools. To meet the increasingly complex inspection requirements of operators tasked with maintaining optimum performance of pipelines in, for example, deepwater or extremely harsh and remote onshore environments, ILI development engineers continue to improve existing ILI systems. As the technology evolves, providing greater and more varied capabilities, so does its value in terms of benefits and monetary value. As a result, pinpointing the location of an ILI tool during an inspection operation is equally significant.

The ability to track any type of inline isolation, inspection, or cleaning tool is of paramount importance because it plays a central role in the overall success of the operation. To carry out meaningful inspections and effective isolations that pave the way for safe and efficient repairs, access to technology that reliably tracks and monitors inline tools is essential.

Enzo Dellesite is the director of Global Market Development, Offshore for T.D. Williamson. He has worked in the oil and gas industry for more than 25 years, in both the Asia/Pacific and the Middle East regions, and he is presently based in the United Arab Emirates. Following a number of years with Dresser Flow Control as director of Sales and Operations in the Middle East, Enzo joined TDW as general manager - Middle East in late 2006.

The SmartTrack system can be used nearly anywhere to track any device within pipelines up to a thickness of 90 mm (3.5 in.). It is also an effective means of tracking specially designed pigs in sequences used to flood, clean, and gauge pipelines during pre-commissioning. For subsea operations, transceivers can operate in depths to 3,000 m (9,842 ft) with a maximum cable length of 1,200 m (3,936 ft), and acoustic links can be established on transceivers contained within subsea skid packages.

The versatility of the system in almost any environment has been proved time and again. For example, the system was used when four pigs were deployed to flood, clean, and gauge a 63-km (39-mi) gas export pipeline system in Kollsnes, Norway. To comply with ATEX requirements, every pig was equipped with a SmartTrack D116 ATEX-certified transponder.

Another example of the system's flexibility came in a pipeline cleaning and pressure isolation operation carried out offshore the United Arab Emirates. The high friction pig train remained in the line for seven days while maintenance was conducted. Working from an offshore platform 200 m (656 ft) away, technicians reviewed a continuous flow of data from SmartTrack transponders attached to the pigs.