Operators planning more than 6,500 miles of offshore pipelines through 2019

Operators and developers are studying, planning, and building just over 6,577 mi (10,582 km) of oil and gas pipelines to bring these supplies from offshore fields to onshore markets. 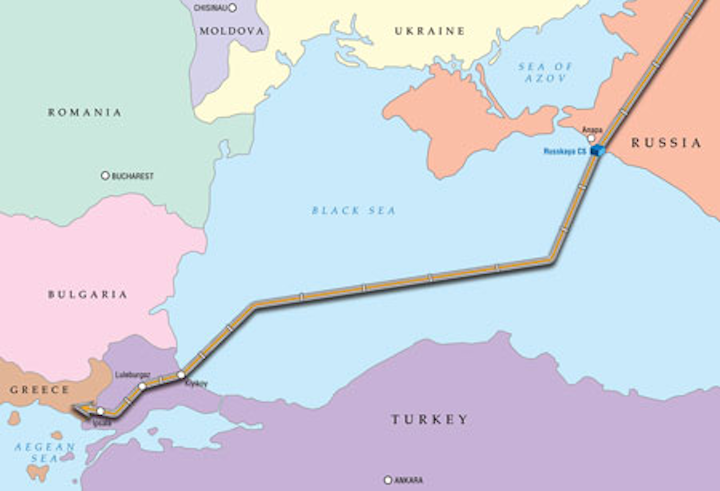 Operators and developers are studying, planning, and building just over 6,577 mi (10,582 km) ofoil and gas pipelines to bring these supplies from offshore fields to onshore markets. The total reflects a decrease from last year’s offshore pipeline construction survey, which showed a total of 7,057 mi (11,355 km). This year’s total represents a 6.8% decrease over last year.

The decrease is largely driven by the removal of the long-planned (and long-delayed) White Stream project from the survey, and the cancellation of the South Stream project in the Black Sea. The White Stream project, first presented by Ukrainian officials in 2005, had called for 635 mi (1,021 km) of 20, 24 and 42-in. pipe to move natural gas from Georgia to Ukraine and Romania via the Black Sea. The lack of progress on this project for many years led to its removal from the survey.

The cancellation of the South Stream pipeline project also decreased the survey numbers. The project was dropped by Russia’s Gazprom last December following numerous obstacles placed on the project by Bulgaria and the EU; the Crimean crisis; and the imposition of western sanctions on Russia. South Stream had called for four 578-mi (930-km) pipelines to move natural gas from Russia to Europe via the Black Sea.

That same December, officials from Gazprom and Turkey’s Botas Petroleum Pipeline Corp. signed a memorandum of understanding to construct an offshore gas pipeline across the Black Sea to Turkey. The Turkish Stream system, which calls for four 565-mi offshore pipelines, will now replace the South Stream pipeline project. Thus the shift from South Stream to Turkish Stream also led to another (albeit small) decrease in the survey numbers.

In January, Gazprom held talks with the Turkish Ministry of Energy and Natural Resources on the proposed pipeline. Gazprom will submit a notice requesting execution of front-end engineering and design operations for the new Turkish offshore section. It will be solely responsible for construction of the offshore section, while the Turkish gas transportation facilities will be built jointly. Current plans call for the first string of Turkish stream to come online in December 2016.

Even with all these changing project plans in the Black Sea, Europe remains the leader with offshore pipelines under consideration, with some 3,549 mi being built and planned.

Development of the Trans Adriatic Pipeline (TAP) continues to make slow but steady progress. In March, developers launched two prequalification contracts for construction of the 65-mi (105-km) offshore pipeline section under the Adriatic Sea. The first prequalification comprises engineering, procurement, construction, and installation (EPCI) for the offshore section of the 36-in. pipeline between the coastlines of Albania and southern Italy. The EPCI scope of work includes associated landfall civil works at the landfalls in both Albania and Italy, as well as survey, seabed, and pre-commissioning activities. The second prequalification process is for supply of offshore line pipes and coating. Following the selection stage, TAP is expected to issue the related invitations to tender for offshore construction this summer.

In the Norwegian Sea, pipelay has commenced on the Polarled gas pipeline, the first pipeline to extend Norway’s gas infrastructure into the Arctic Circle. The Allseas pipelay vesselSolitaire began pipelay activities in March, and is working toward a late August completion. The 298-mi, 36-in. pipeline will transport gas from the Aasta Hansteen field in the Norwegian Sea to the terminal at Nyhamna in western Norway. Laying will extend to water depths of up to 1,265 m (4,150 ft), a record for a pipeline of this diameter, Statoil claims.

The Middle East comes in second in the survey with 1,405 mi being built and planned. In the Persian Gulf, Pars Oil and Gas Co. (POGC) has started subsea pipelay for phases 20 and 21 of the South Pars gas field in the Persian Gulf. The 65-mi (105-km) long pipelines will deliver sour gas to the onshore refining facilities in Assaluyeh in southern Iran. To date, some 25 mi (40 km) of Phase 21’s pipes have been laid. Once pipelay has finished, POGC will install the new platforms for the two phases.

The South Pacific comes in third in this year’s survey with 853 mi of pipe being planned and built. Most notable here is the 552-mi (889-km), 42-in. gas export pipeline that will form part of the Ichthys LNG project offshore Australia. Pipelay has been under way for months on this project, with the Saipem vesselCastorone undertaking the 446 mi of pipelay called for in the deepwater portion of this project. Saipem’s SEMAC-1 has completed the 102-mi (164-km) shallow-water portion.Deepwater pipelay is scheduled for completion late this year.

South America comes in fourth in the survey with some 515 mi of pipelines planned for construction offshore Brazil. Saipem has won a number of EPCI contracts for this work, but, according to reports, the ongoing Petrobras scandal has resulted in late payments to Saipem and other contractors, and the delay of these projects seems likely.

The US comes in fifth in the survey with almost 165 mi of pipe planned for construction over the next few years. Perhaps the most notable of these is Shell’s recently-announced Mattox pipeline. It calls for a 90-mi, 24-in. pipeline to transport crude oil from the Appomattox platform to an existing offshore structure in the South Pass area. No completion date has been announced. •