Gazprom and its partners have inaugurated the TurkStream gas pipeline in the Black Sea. 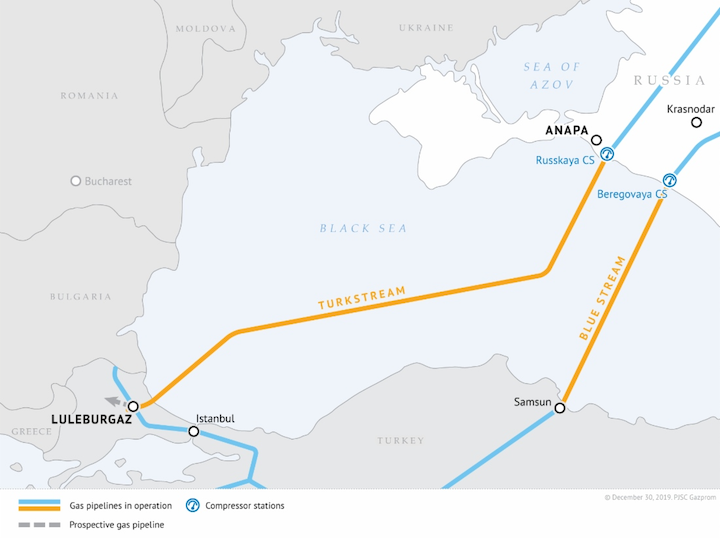 MOSCOW – Gazprom and its partners have inaugurated the TurkStream gas pipeline in the Black Sea, which transports gas from fields onshore Russia to Turkey.

There are two strings in the pipeline system with a combined throughput capacity of 31.5 bcm. The first delivers gas to consumers in Turkey, while the second will connect with an onshore pipeline across the Turkish mainland to bring supplies to customers in southern and southeastern Europe.

Pipelay for both strings took a total of 15 months and was completed ahead of schedule in November 2018. Construction of the reception terminal near the Kiyikoy settlement in Turkey was finished last year.

The starting point for feeding gas into TurkStream is the Russkaya compressor station near Anapa, which forms part of Russia’s Unified Gas Supply System.

This has a capacity of 224 MW, and maintains the pressure needed to transmit gas along the two strings over a distance of more than 930 km (578 mi) up to the Turkish coast, where gas enters the reception terminal.