Ceremonies in Finland and Estonia have marked the commissioning of the two countries’ Balticconnector gas pipeline. 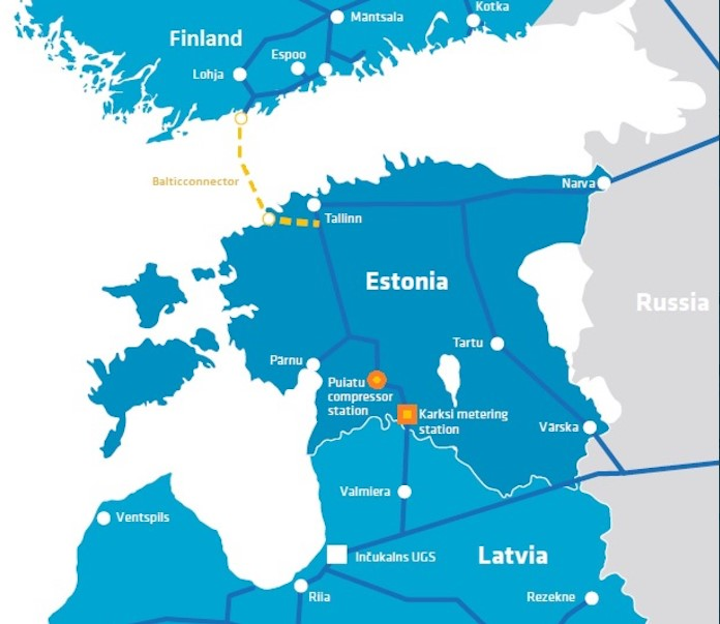 Construction of the offshore portion of Balticconnector was completed this summer.

The final phase of commissioning finished late last month when the offshore section of the pipeline through the Baltic Sea was filled with gas, pressurized and connected to Estonia’s gas transmission network.

Balticconnector is due to start commercial operations from January 1 2020.

Allseas completed construction of the offshore section through the Gulf of Finland this summer.

In order to fill the pipeline with gas, it was first rinsed with nitrogen which was then purged by conveying natural gas behind the pigging system.

Once the pig had arrived at Inkoo in Finland from Paldiski in Estonia, the pipeline was filled with gas and ready for use. Total length of the offshore pipeline is 77 km (48 mi), with a diameter of 50 cm (19.7-in).

Trial runs of the Inkoo compressor stations were also successful.

The transmission capacity of the pipeline will be 7.2 MMcm/d, with a facility to transport gas bi-directionally between Finland and Estonia according to market demand.