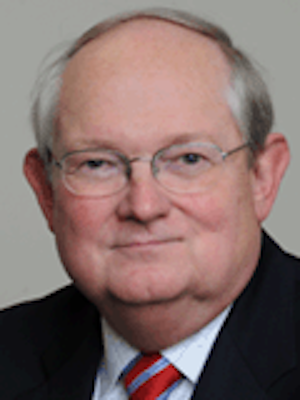 C.R. (Charlie) Williams II was named Executive Director for the Center for Offshore Safety (COS) in March of 2012. Charlie formerly served as the Task Force Chair that created the Center as well and also served as Chairman of the COS Governing Board. He recently retired from Shell as Chief Scientist - Well Engineering and Production Technology after a 40 year career. He has also chaired the Joint Industry Task Force - Subsea Well Control & Containment & the BSEE/Argonne Labs Workshop – Effects of Water Depth on Offshore Equipment & Operations. Charlie serves on the DOI OESC Federal Advisory Committee and continues to testify at numerous Commissions including the Presidential Commission, CSB, and the National Academy Commission. He has also presented on drilling & drilling safety at the Center for Strategic and International Studies. Charlie is a 35 year member of SPE and API and serves on and is former Chairman of the API Executive Committee on Standardization of Oilfield Equipment and Materials and chairs the API General Committee on Special Programs & Industry Services. He and his projects have been awarded the National Ocean Industries Association "Safety in the Seas Award", the UK Energy Institute Award for Technology, and Offshore Engineering Project of the Year. Additionally, he has received the API Citation for Service, the US Dept of Interior - Corporate Citizenship Award, and the Offshore Operators Committee Recognition Award. Until his appointment as COS Executive Director, he also served on the Marine Well Containment Company Board and the Marine Well Containment Project Operating Committee. Additionally, Charlie has served on the PE curriculum advisory committee at UT-Austin and is an honored guest lecturer at two Chinese Universities.