Thirteen blocks and 11 petroleum areas are open for bids under the current Malaysian and Philippines licensing rounds. Most of the acreage is offshore and contains a range of proven and untested plays in different settings. Six of the blocks have not been offered before. Zebra Data Sciences in the UK is promoting both programs globally on behalf of Petronas and The Philippines Department of Energy. 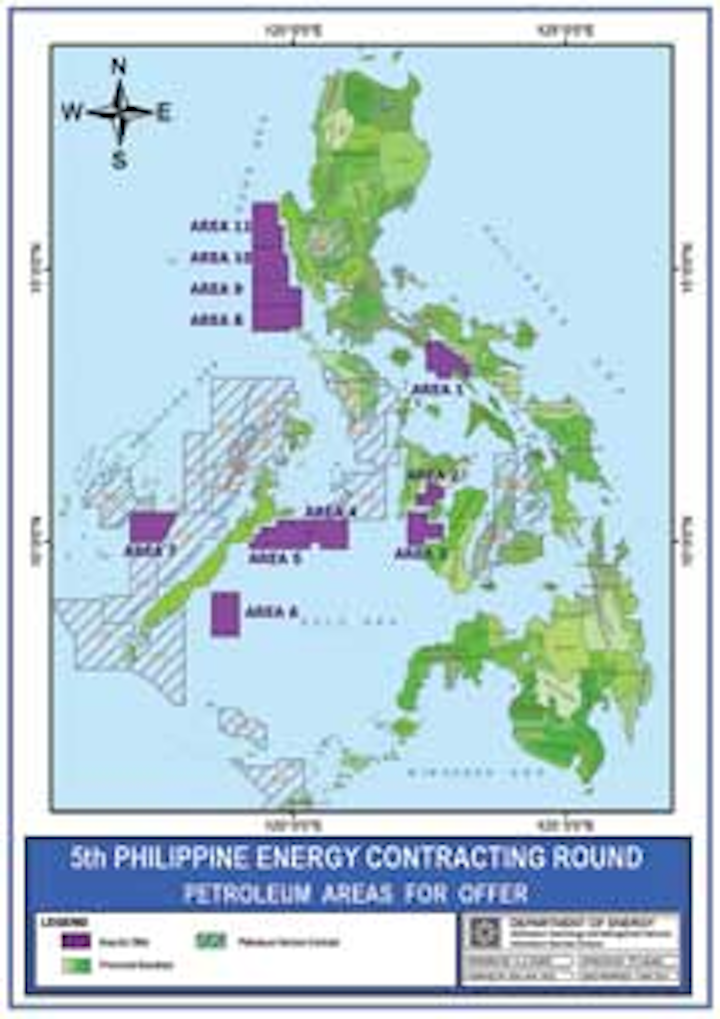 Thirteen blocks and 11 petroleum areas are open for bids under the current Malaysian and Philippines licensing rounds. Most of the acreage is offshore and contains a range of proven and untested plays in different settings. Six of the blocks have not been offered before.

Zebra Data Sciences in the UK is promoting both programs globally on behalf of Petronas and The Philippines Department of Energy (DoE). The company previously worked with Petronas on its 2014 Round and 2013 Small Fields Round, and with the DoE on its preceding 4th Energy Contracting Round (PECR4).

For the current Exploration in Malaysia Opportunities 2015 Round, Zebra prepared the data – all supplied by Petronas in Petrel project format – for the remote data interpretation room – and also reformatted the data to be available in the Virtual Data Room (VDR) and IHS Kingdom format. The data-sets include extensive 2D seismic over all the blocks and 3D data coverage in most of the deepwater blocks, and well data in all cases apart from two of the deepwater blocks offshore Sabah, both to date undrilled.

The two largest concessions on offer are in shallow water (50-70 m/164-229 ft) in the Straits of Malacca off western Malaysia. PM320 and PM321 cover a total area of 38,064 sq km (14,696 sq mi). Wells drilled in the Straits have delivered gas discoveries and oil shows, suggesting the presence of an active petroleum system. In PM320, multiple source rocks have been identified including marine shale Type II, with proven reservoir in late Pliocene sandstone and middle Miocene carbonate. The recent Kebaya-1 well also suggests potential for a fractured basement (granite) play.

In PM321, the source rock is similar to the Central Sumatra basin which is mainly lacustrine shale. Seismic and well data indicate reservoir potential from the lower to upper coastal plains to shallow marine Oligocene-Miocene clastics, extending throughout the block, with sand sequences in some cases more than 50 m (164 ft) thick.

Seven blocks are available offshore Sarawak, again in shallow water (50-100 m/164-328 ft). Two, SK304A and SK304B, are on offer for the first time, although the acreage has been drilled previously. There are proven gas fields a short distance north of both blocks. Proven source rocks in the area are early-middle Miocene carbonaceous shales, with potential also in lacustrine shales deposited in the half graben structure.

Blocks SK405A, 405B, 405C, and 405E are among the smallest in the current round, ranging in size from 1,462-2,305 sq km (564-890 sq mi). They are well covered by 2D seismic and by 3D data in three cases and include a total of 12 wells. In all cases the main reservoirs are upper Oligocene to lower Miocene clastics. SK410A, where four wells have been drilled, has potential in middle-upper Miocene reefal and platform build-up carbonates.

The three blocks available offshore Sabah extend over water depths ranging from 1,000-2,800 m (3,280-9,184 ft). Four wells have been drilled on DW2K, in an area characterized by numerous turbidite deepwater fans, with drilling results indicating major reservoirs in the Kamunsu and Kinarut formations. The Kikeh production complex is 30 km (18.6 mi) to the south. No wells have been drilled on blocks DWW and DWX, although both are relatively close to the Buluh and Rotan discoveries. In both blocks there are potential oil and gas-prone source rocks, including rich syn-rift shales.

According to Zebra, the data room will remain open for interested parties until March 31.

The Philippines DoE recently extended the bidding process for PECR5, comprising 11 petroleum areas, until June 30, 2015. Zebra and UK consultancy Count Geophysics collaborated to compile all available digital data, paper seismic sections and logs from these areas that were held in the Manila data repository. They scanned, digitized, edited, and enhanced the existing paper data to create the current data packages. Interested parties can view the resultant database online prior to purchasing these packages in the Zebra-administered EZData Room. The DoE is offering seven-year exploration terms, extendable by a further three years.

Areas 8-11 are four contiguous offshore blocks in the West Luzon basin, all on offer for the first time. They range in size from 4,520-4,880 sq km (1,745-1,884 sq mi), and span water depths from 25-4,600 m (82-15,092 ft). No wells have been drilled on the acreage so there is no proven petroleum system, although there is extensive sedimentary thickness. Analysis to date suggests potential plays or source rocks at Oligocene-Miocene level.

Of the other blocks, two were relinquished recently – Area 5 (formerly SC-60) by Shell and Area 1 by Pearl. Two wells have been drilled on Area 5, on the north flank of the East Palawan basin. One of these, Dumaran-1, had significant oil and gas shows. Area 1 (Ragay) is a shallow-water block in the central South East Luzon basin. Previous license holder Pearl acquired 3D seismic during 2009-10. This has been reprocessed, throwing up several large prospects and leads, with identified play types including inversion and tilted block structures, reefal build-ups, and isolated pinnacle reefs.

Among the other blocks offered is Area 7 within the Recto Bank basin, adjacent to the prolific Northwest Palawan basin. Although no wells have been drilled in this large deepwater tract, 16 offset wells are provided in the package, including on the Sampaguita gas discovery where appraisal drilling is scheduled for 2016. Area 6 is an undrilled frontier area on the southeast flank of the Sulu basin. One well, Ilog-1, has been drilled on Area 3 with gas shows. The concession is in the southern Iloilo basin offshore Panay Island, 525 km (326 mi) southeast of Manila. It is thought to contain significant potential for oil and gas, although water depths beyond 200 m (656 ft) remain unexplored.