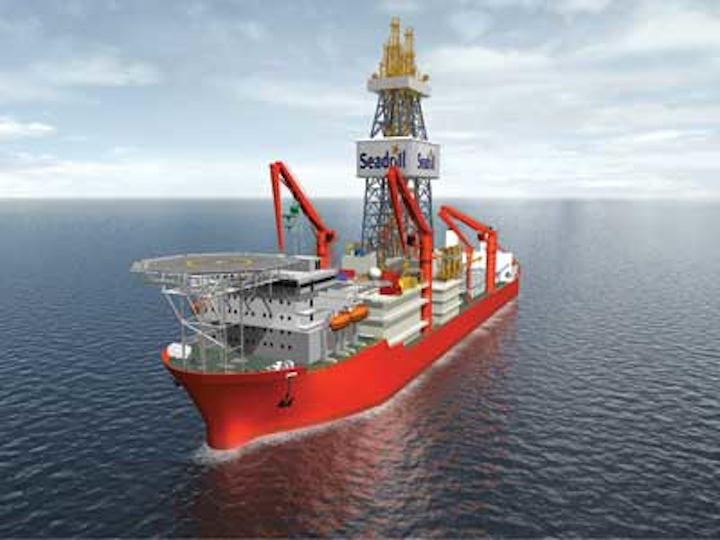 In November 2014, Seadrill Ltd. entered into an agreement with Seadrill Partners to sell all of the ownership interest in the entities that own and operate the drillshipWest Vela to Seadrill Capricorn Holdings LLC, Seadrill Partners' 51%-owned subsidiary.

TheWest Vela is a sixth-generation, dynamically positioned drillship delivered from the Samsung shipyard to its current customer, BP, in November 2013. The West Vela is expected to carry out operations in the US GoM until the end of its contract in November 2020.

The implied purchase price of the acquisition is $900 million, less $433 million of debt outstanding under the existing facility financing the West Vela. Based on Seadrill Partners' 51% ownership of Capricorn Holdings, its portion of the net purchase price after debt will be $238 million.

Noble Corp. predicts that 2015 will pose a challenge for the drilling industry, but officials deem the company to be well positioned to move forward during this down cycle.

"We believe younger fleets are preferred in this business as we go forward," said Noble's John Breed, "because they will have limited exposure to the market meaning utilization will remain high and they will get the best rates that the market is paying at the time. Ultimately, the company will receive a premium evaluation as the result of our new fleet."

As for its fleet going into 2015, there are several secured contracts, but a few rigs will sit idle:

It is expected that theHercules 208 will come off the contract from Cairn in March, and will then be sent to Singapore. "The outlook on that rig is [that] it will sit idle until at least October 2015 with opportunities, hopefully, presenting itself later in the year," said Rynd, "but [we expect] nothing in the interim."

Rowan Companies, last on the Top 10 list, has several projects in the works. 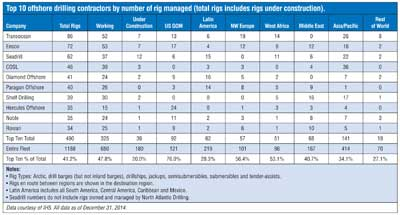