Future trends and innovations to help re-ignite Brazil's offshore industry were the focus of the 2014 Rio Oil & Gas Expo and Conference held in Barra da Tijuca in September. Hosted by the Brazilian Petroleum Institute, the event looked to underline the country's future within the global industry during a shift in the geopolitical landscape. 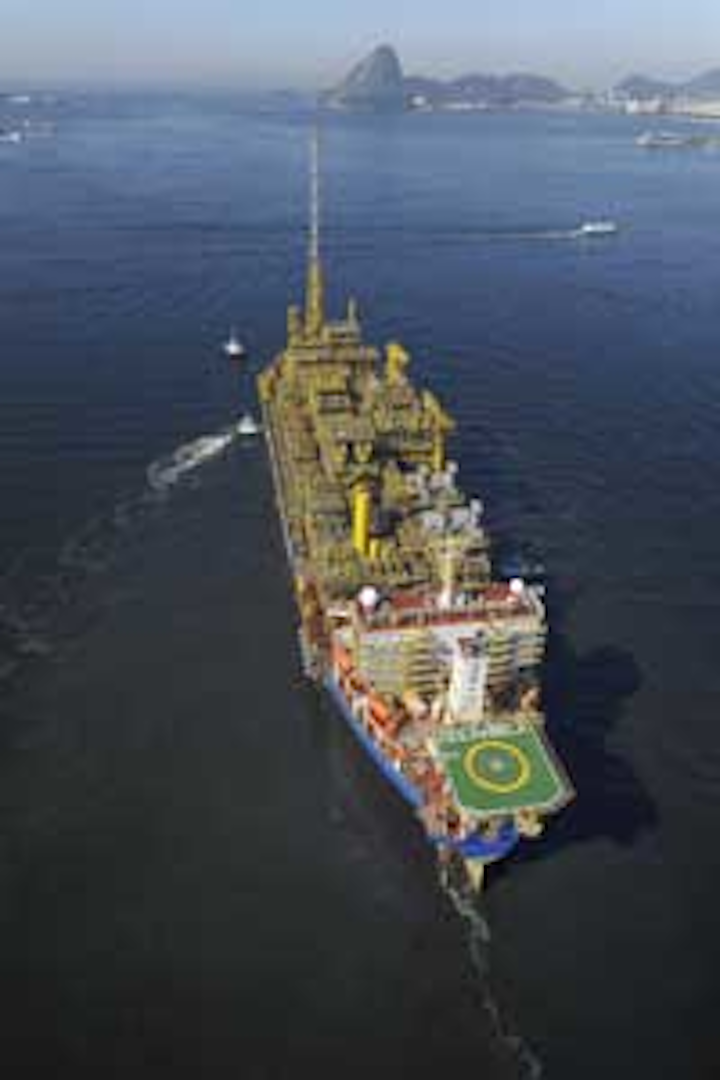 Future trends and innovations to help reignite Brazil's offshore industry were the focus of the 2014 Rio Oil & Gas Expo and Conference held in Barra da Tijuca in September. Hosted by the Brazilian Petroleum Institute (IBP), the event looked to underline the country's future within the global industry during a shift in the geopolitical landscape, as well as try to allay fears surrounding the viability of its presalt reserves in the face of mounting competition.

IBP President João Carlos de Luca was keen to reassure global oil and gas companies that, after several false starts, long-term planning would now be put in place to help stabilize the future of exploration and production in Brazil, something that has been absent in the past. While his opening comments might have emphasized the "worrying situation" that Brazil is in, saying that despite "huge, promising reserves, the sector is not doing well," he hinted at the likelihood of a 13th bid round for offshore acreage in 2015.

The underlying theme discussed by National Petroleum Agency (ANP) chief Magda Chateaubriand was the need for the industry's global players to help Brazil realize its potential.

"World-class products are the goal and we are building a bridge to help us reach that point," she said. "There is an exponential increase in costs with the shift from shallow to deepwater exploration, so technology has to follow. This is a challenge so enormous that Brazil cannot do it alone."

Chateaubriand pointed to the ongoing agreement between Petrobras and FMC Technologies, with the latter set to deliver five subsea manifolds in the latest and final part of the $1.5-billion contract signed in 2012 as a prime example of the opportunities for international technology to find a willing market in Brazil.

At the heart of the expansion lies a huge growth in the number of offshore vessels and platforms that will be required over the coming decade. In September, the FPSOCidade de Ilhabela sailed out of SBM Offshore's Brasa shipyard in Niteroí. It is heading for the Sapinhoá field in the Santos basin, where its 150,000 b/d capacity will help Petrobras' push for a 7.5% increase in production in 2014. However, the critical shortage of pipelay support vessels (PLSV) could keep the company from reaching the production target. While the country currently has 15 PLSVs, that number is forecast to double by 2017, an essential leap in order to connect, among others, the five wells that will feed into the Ilhabela and six that will feed into another recent arrival, the FPSO Cidade de Mangaratiba in nearby Iracema.

Seadrill continues to support Petrobras' PLSV newbuild program, and the five-year contract of itsSapura Diamante vessel, the first of six due for delivery by 2016, began earlier this year. The contract, worth an estimated $445 million, is for a period of five years with an extension option for an additional five. Since start-up, the first vessel already has about a 99% utilization rate.

The FPSOIlhabela was the two-year-old Brasa yard's first successful topsides integration and is part of a countrywide push to close the gap with Asia's shipyards, still the principle supplier for Brazil's FPSO fleet. Recent Petrobras contracts for floaters through OOG-Teekay and Schahin-Modec may still be looking east with FPSO conversions destined for the Santos and Campos basins being carried out in Singapore's Jurong yard. However, the Brazilian shipbuilding industry is gathering momentum.

Those same consortiums are likely to enter the race for two more FPSO tenders scheduled for launch at the end of 2014. The vessels will be contracted for 20 years from 2018, with Queiroz Galvão Oil and Gas among those reported to be looking for partners. The opportunities will continue with at least two more tenders scheduled for 2015, and this two-at-a-time tender format looks to become something of a new strategy for Petrobras moving forward.

While the Brazilian shipbuilding sector continues to progress, a critical bottleneck remains when it comes to repairs. The growing fleet of offshore support vessels (OSVs) is placing heavy demands on what was already an under-served and fragmented repair industry. In response, Embradoc announced its first floating drydock for the country's OSVs is expected to begin operations in 1Q 2015.

Embradoc's Augustin Downes said: "The offshore market is a demanding environment. Petrobras has over 350 offshore support vessels operating in the market and that number will reach over 750 by 2020 to support the oil production ramp up.

"We are developing cost-efficient drydocking solutions strategically located along the Brazilian coast to support shipowners in reducing downtime and protecting their margins. Ships operating for Petrobras have very few days, if any in some cases, to perform maintenance, so location of repair facilities and availability are keys for shipowners."

With an increasing number of foreign-owned and operated ships in Brazilian waters without local technical teams, CharterSafe is another initiative that looks likely to bolster the sector by reducing risk exposure. "When these ships have issues in Brazil the port agents who do not necessarily have the technical expertise for a fast response, are heavily relied upon, and during that time the vessel will be put off-hire," explained director Michael Estevez. Covering the full 7,000 km (4,350 mi) of the country's coastline, the company already has secured contracts with COSCO and US owners.

The development of Brazil's ports was also in the spotlight as Prumo Logistica's multi-billion-dollar Açu development enters the final phase of construction before its 17 km (11 mi) of 23-m (75-ft) deep wharfs go into operation. Capable of handling very large crude carriers (VLCCs), the port is 260 km (162 mi) from Rio and near Brazil's most productive fields, the oil from which currently goes through nearby Macaé. In response to the competition, Macaé is planning to further consolidate its position as Brazil's petroleum capital (through which 80% of the country's oil is transported), with the construction of a new technology park, set to markedly increase Petrobras' research and development capacity.

Another much-discussed move set to boost Petrobras' ongoing efficiency drive is the shift toward managed pressure drilling (MPD), which is hoped will dramatically increase the viability of troublesome deepwater wells beset by delays and increasing costs. The geological formations and high pressures of the Lula field were proving problematic for Petrobras, and following several years of development, the largely onshore practice of MPD was favored as a solution to the severe fluid circulation loss and safety issues emerging through conventional drilling. While expensive, Petrobras is likely to look at rolling out MPD on 16 of its rigs by mid-2016 as a long-term time-saving and cost-cutting exercise.

As for the rest of Brazil, the Sergipe-Alagoas basin was again touted as an exciting new frontier following a string of light oil discoveries. Petrobras' regional geophysicist Claudio Valdetaro Madeira said the average API in the region is 40°, "although some areas are as low as 38° and others as high as 44° and across various accumulations." The oil lies considerably closer to shore in shallower waters, and although exploration is ongoing, there is enough buzz about the region to suggest that early estimates of 500 MMbbl to 1.5 Bbbl could be on the conservative side. The momentum also has led to speculation that the region will be included in Brazil's 13th bid round, tentatively slated for the first half of 2015.