Tullow Oil has exercised a contract extension option for Seadrill’s West Leo that will keep the ultra-deepwater semisubmersible on location in West Africa through May 2018. 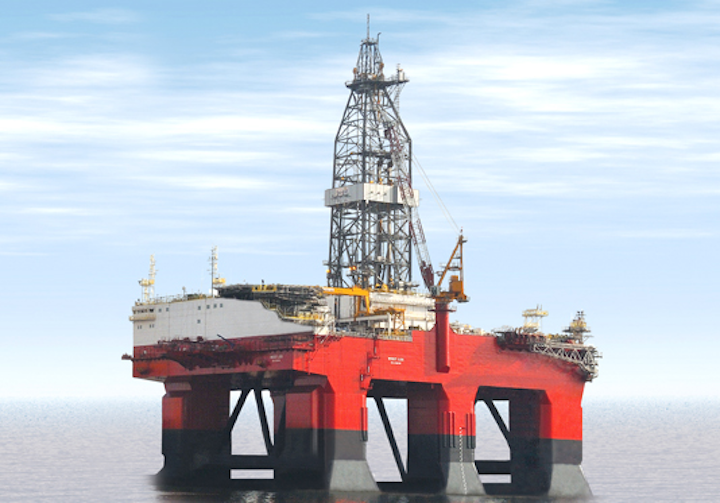 HAMILTON, Bermuda – Tullow Oil has exercised a contract extension option for Seadrill’s West Leo that will keep the ultra-deepwater semisubmersible on location in West Africa through May 2018.

The extension is worth an estimated $450 million, bringing the total value of the contract to around $1.13 billion, Seadrill said in a release.

Seadrill took delivery ofWest Leo in early 2012 from Jurong Shipyard. The semi, based on the Moss Maritime CS50 Mk II design, has been under contract with Tullow and working offshore Ghana since April 2012.