US Gulf record wellhead revenue in 2000 aimed at liquidity, redemption

Producers projected to increase drilling by 30% 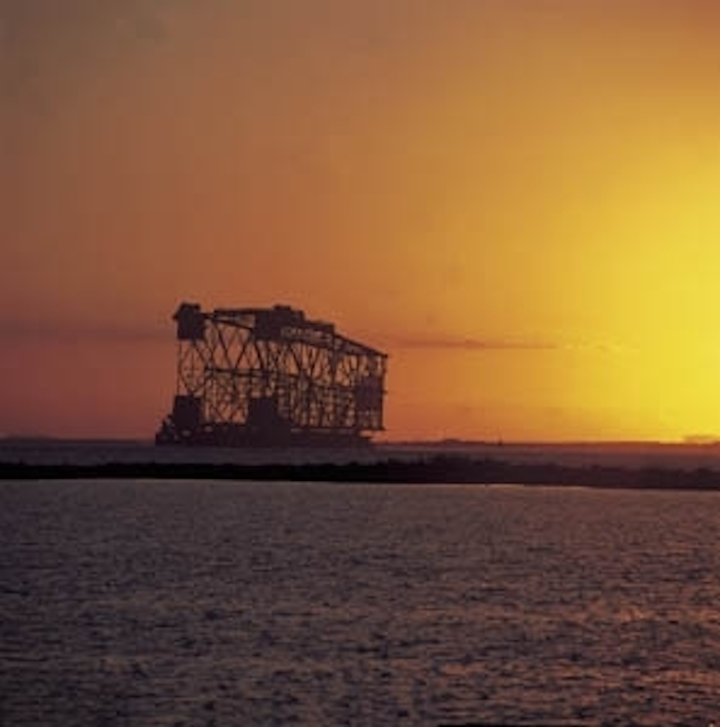 Oil and gas producers in the US Gulf of Mexico are projected to drill a total of 994 wells in the year 2000, based upon an evaluation of producers' drilling budgets and the relative stability of oil and gas prices. The 994 well figure represents a 30% increase in the projected well count for all of 1999 (733).

Cash flow from present high upstream oil and gas margins is flowing back into drilling budgets, a situation that service companies and contractors have been awaiting since product prices began climbing in March of 1999. US Gulf of Mexico producers are projected to have an extra $4.2 billion in oil and gas wellhead revenue in 2000, a 25% increase over the figure projected for 1999.

US Gulf of Mexico wellhead revenue from oil, gas, and condensate production in 2000 is projected to be $20.9 billion (net of royalty). Most of the revenue will provide liquidity for producers, who either intend to unload debt obligations as fast as possible or must support equity prices, which have been undercut by negative margins in downstream operations.

Data from operations in the US Gulf of Mexico, US supply and demand fundamentals, and interviews with oil and gas producers, are all indicating the following for US offshore operations:

In the closing weeks of 1999, drilling was already beginning to scale up from the 733 annual wells per year rate projected for 1999. The drilling rate in early December had surpassed the 750 wells/year annual rate and was expected to surpass the 800 wells/year annual rate by the end of the year. The number of mobile rigs working in the US Gulf was averaging 135 during the middle of December, 1999, compared to only 85 such units at work only four months earlier.

Increasingly, US Gulf drilling activity is being driven as much by producers' success in deepwater operations as the need to continue a high rate of gas drilling on the continental shelf in order to maintain pipeline capacity and contract obligations.

The result of ongoing activity in both gas drilling and deepwater exploration is that mobile drilling units are in short supply in two areas:

Jackup drilling rigs with a capability of drill ing in 300 ft water depths and greater were being contracted for $40,000/day by year-end 1999, about twice the rate posted only six months earlier.

The cost of drilling, logging, and completing a well on the US Gulf continental shelf will usually average $3.5 million, and frequently will be much less if the water is very shallow. By contrast, wells in deepwater range from $15 million on the low side for development wells in known geology, to $40 million for exploratory wells in little known geology.

What are the chances that the 994 wells will actually be drilled if mobile rig day rates rise significantly? Producers have indicated there is still a great deal of sensitivity to day rate increases, not only because of the tight tolerance for drilling costs in development models, but because of the overhang of drilling commitments left over from the 1996-1998 period.

Chevron continues to rule the US Gulf of Mexico, at least in terms of wells drilled, since it replaced Shell Oil as the top driller in 1997. When virtually all oil and gas operators were downphasing drilling budgets in 1999, Chevron was booking rigs at much lower cost and continued with a heavy pace of drilling. By the end of October, 1999, Chevron had drilled 101 wells, compared with 102 wells recorded for the first 10 months of 1998 (see table).

What is interesting, is that while the top 25 operators drilled 43% fewer wells (403, compared with 710 in the first 10 months of 1998), the number of wells drilled by all of the remaining operators went up by 28%. This incongruity can probably be attributed to the fact that gas prices held up relatively well while oil prices plunged.

Gas drillers - mostly smaller operators with limited drilling budgets - actually began to increase their drilling commitment in the second quarter of 1999 when gas prices spiked and severe differentials set in across the US and continued the pace through the remainder of 1999.

The year 2001 promises to provide even higher drilling levels in the US Gulf of Mexico unless increased production from OPEC and Iraq overwhelm the 2-3% increases in global energy demand now being recorded. The US is experiencing a dramatic increase in electrical demand which in turn is driving small but important increases in US demand for oil and gas.

Further, unless the US government wants to aggravate an already troubled US trade deficit by meeting increased energy demands with expanding imports (at high oil prices), regulators in the Gulf of Mexico are not likely to discourage more exploration and development in either deepwater (oil) or on the shelf (gas). Expect strengthening of drilling and development activity to continue over the next 2-4 years.