In November, the offshore rig market continued to struggle. 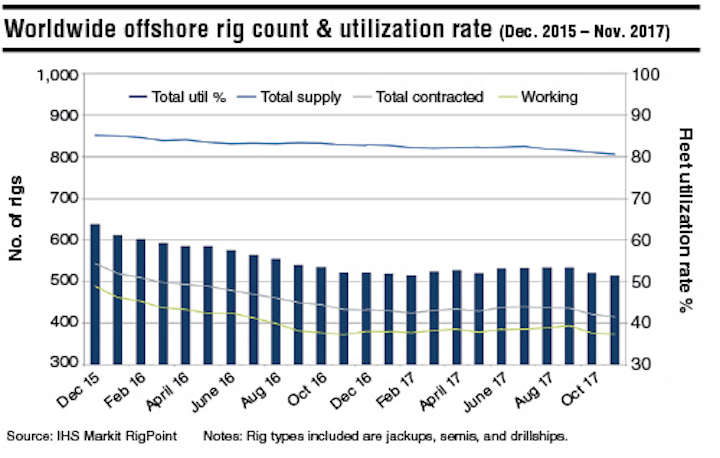 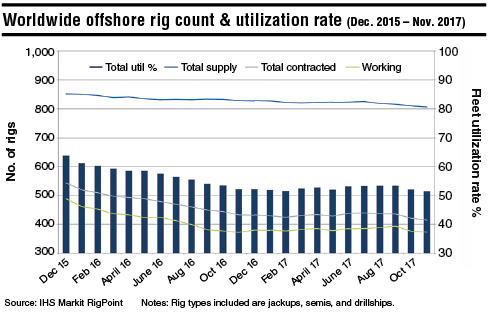 In November, the offshore rig market continued to struggle. The total number of rigs under contract has continued its ongoing slide, this time falling from 422 jackups, semis, and drillships under contract to 415. On the upside, at least the number of rigs working has only had a small slump of two units, falling to 374, meaning most of the rigs that rolled off contract in the last month had already ceased to work prior to their release. Also, the total supply of drilling units continues to slowly dwindle, with the fleet size dropping from 810 to 806. As a result, utilization only fell about half of a point to 51.5%. 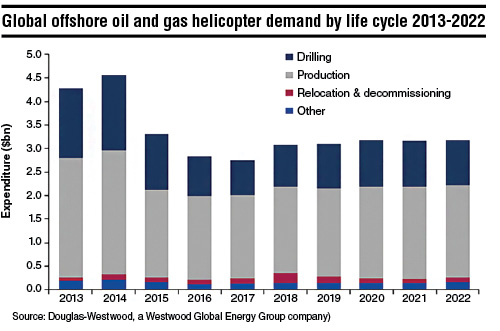 The offshore helicopter market is recovering after three years of decline, according to analyst Douglas-Westwood. Rotorcraft operators are said to have reorganized and restructured, in recognition of a near-term outlook of for modest growth. Global helicopter fleet use reached an estimated 54% in 2017.

The analyst expects demand to switch from the traditional deepwater areas, such as Nigeria, Angola, US Gulf of Mexico, and Brazil, to the Mediterranean, East Africa and Guyana. However, this will require the establishment of new bases in this region, and the re-allocation of underused aircraft. 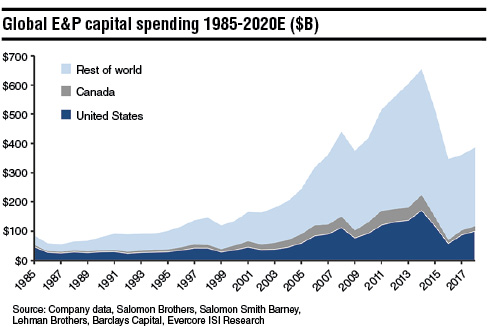 The analyst expects the US will continue to pace the spending gains in 2018, with an estimated 15% lift to capex. Canada spending is forecast to increase +9% year-over-year. International spending is projected to increase by +4% in 2018 following a 6% fall in 2017. The pace of international spending declines moderated in 2017, as incrementally higher activity levels were offset by continued pricing pressure. However, 2018 growth is projected to be muted, the analyst says, as majors/IOCs retrench to shorter-cycle shale and NOCs continue to practice capital austerity.