The government of Mexico is looking to offshore reserves and a new contract structure to spur foreign investment and reverse a decline in oil production that has been ongoing since 2006. 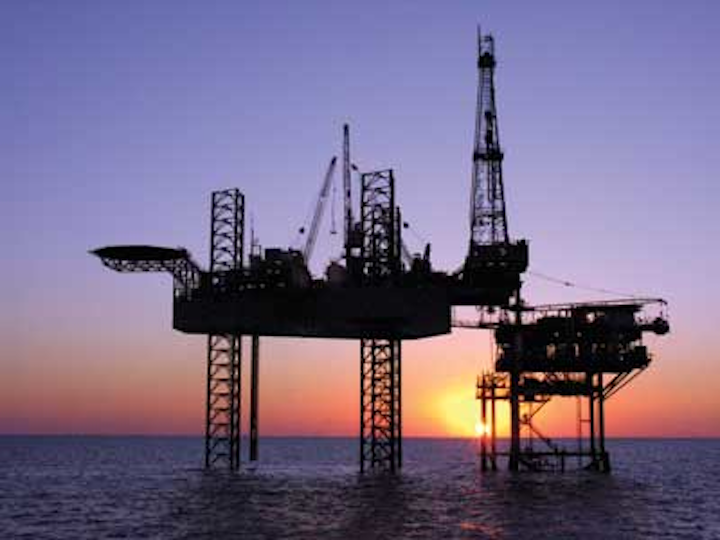 The government of Mexico is looking to offshore reserves and a new contract structure to spur foreign investment and reverse a decline in oil production that has been ongoing since 2006.

Despite the production decline, there is a consensus about Mexico's reserve potential. As of Jan. 1, 2011, it had 10.4 Bbbl of proven oil reserves, and estimated 46 Bbbls in 3P reserves (proved, probable, and possible), mainly located in the deepwater Gulf of Mexico.

The Mexican side of the Gulf of Mexico is estimated to hold 28 Bboe, representing more than half of Mexico's long-term prospective production. Although the precise timing remains unclear, the terms for deepwater blocks are scheduled to be released during 2012. It is clear that the participation of the major international E&P companies will be required to develop Mexico's deepwater reserves.

In an effort to uncap this potential production, the Mexican Congress approved a controversial energy reform package in November 2008. The legislative package established the legal framework for the Integrated E&P contracts (IECs), which are designed to attract the investment and expertise needed to reverse the country's declining oil production. According to a recent analysis from Mayer Brown, the IECs represent a material improvement from the prior contracts used for oil and gas activities in Mexico.

Although the Mexican constitution and legislation still bans the private ownership of hydrocarbons (and thus, oil and gas concessions, production-sharing agreements and reserve booking), the IECs feature a compensation provision with production incentives for contractors, which materially improves the economic terms for contractors. Under the IECs, Pemex's approval is not required for technical, engineering, design and construction issues, which represents a major improvement from previous contracts.

In March 2011, Pemex launched the first of four tendering rounds for the award of incentive-based contracts; this was a tender for six onshore fields. A further three rounds are expected to be launched, two for onshore producing areas with only the final round expected to cover deepwater GoM prospects.

With regard to the deepwater GoM, Pemex has an upstream exploration strategy to investigate nine regions that lie between 600 and 2,000 m (1,970 and 6,561 ft) water depth. These include the Perdido folded belt, Oreos, Temoa and Han (light oil), Nox-Hux (heavy oil), and Nancan, Jaca-Patini, Lipax, and Holok (gas/light oil) areas. These regions run broadly from north to south along the Mexican coast on the western side of the GoM and into the Bay of Campeche.

According to Pemex, these areas have been defined according to the following criteria: economic value, prospective size, hydrocarbon type, geological risk, proximity to production facilities, and environmental restrictions. Some wells already have been drilled in these areas, and some modest discoveries have been made. Actual production from deepwater reserves is likely to be years away, but this would be a completely new focus for Pemex. Compared to the US GoM, the deepwater Mexican side of the Gulf is virtually untouched.

Whether Mexico can meet its production targets over the next decade or so remains to be seen. Pemex's immediate focus is to boost output from mature onshore areas and existing shallow water fields, but in the longer term the shift to E&P in deeper waters will be required to improve Mexico's production performance. The question then becomes whether the energy reforms of 2008 go far enough to attract operators with sufficient deepwater E&P experience to help develop those reserves.

Even while Pemex is making plans for future activities, it remains engaged with a number of contractors and service companies to boost offshore oil and gas production in the near term. In May, Pemex contracted McDermott International Inc. for work related to the new Ayatsil-B drilling platform in the Bay of Campeche. McDermott is contracted for the engineering, procurement, fabrication, pre-commissioning, load-out, and sea fastening of the Ayatsil-B eight-leg jacket and deck, weighing approximately 11,650 metric tons (12,842 tons) for installation in waters 115 m (377 ft) deep. McDermott also will carry out transportation and installation analysis of the structures, and will conduct training for Pemex personnel for the facility operation and maintenance. Completion is expected during 3Q 2013.

In early June, ICA Fluor reported that it had won a contract to construct an offshore platform for Pemex E&P. The $95-million platform is for Ku-Maloob-Zaap field in the Gulf of Mexico. ICA Fluor and subsidiary Industria del Hierro will procure, construct, test and load-out the Ayatsil-C platform. The platform is in approximately 130 m (247 ft) of water and will weigh 11,832 tons. Completion of the project is expected by the end of 2013.

In mid-June, Lamprell announced that it had delivered a newbuild jackup to Compania Perfadora Mexico.Hull 108 was under construction by Maritime Industrial Services when the latter was acquired by Lamprell last July. It is a fully outfitted and equipped, Friede & Goldman-designed Super m2 rig, capable of operating in water depths of up to 300 ft (91 m) and to drilling depths of 30,000 ft (9,144 m).

Pemex is also moving forward with plans to obtain additional geological data in the Gulf of Mexico. In June, it was announced that Pemex had extended a contract with EMGS at a cost of $39 million. Under the contract, EMGS will continue to use theBOA Thalassa to acquire 3D electromagnetic data in the Gulf of Mexico. EMGS says it has been working with Pemex closely over the past two years, and the new contracts will enable it to further support Pemex in its efforts to improve Mexico's reserves replacement ratio.