A low cost and efficient qualitative tool - aeromagnetic data - can now help pro-vide an explorationist with 85% accuracy in predicting the presence and thickness of salt structures, a key element in determining oil and gas prospects. 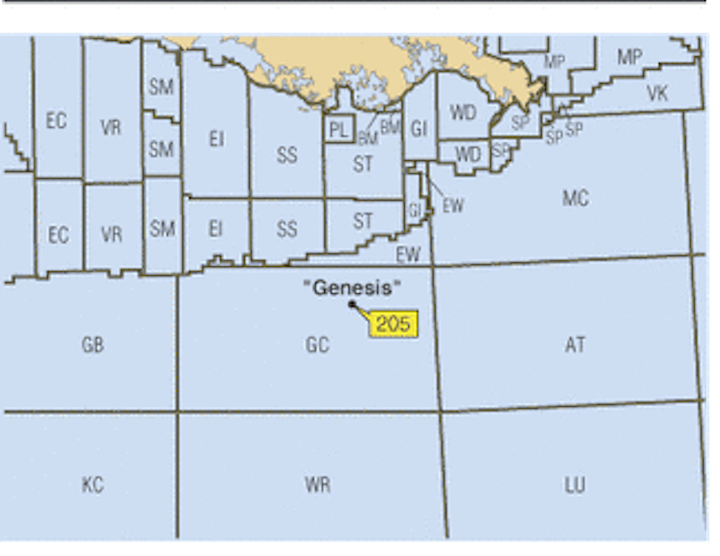 A low cost and efficient qualitative tool - aeromagnetic data - can now help pro-vide an explorationist with 85% accuracy in predicting the presence and thickness of salt structures, a key element in determining oil and gas prospects.

Aeromagnetic data provides a tool for mapping the intra-sedimentary anomalies within the sedimentary section. This, together with the correlation of thick and thin salt zones with gravity and seismic data, and the basic lithological analysis of shale versus salt, provides a significant exploration benefit.

In addition, the authors have developed a "sentinel approach" to evaluating the salt isopach. This approach/technique proposes that high-resolution aeromagnetic (HRAM) data can be used as an indicator that serves as a predictive estimate to the thickness of the salt isopach in the Gulf of Mexico. We present this "watchman for thickness variations" as a regional mapping tool for lease round and detailed geophysical support for focused prospect analysis.

A key factor to successfully utilizing this approach is the geoscientist's expertise with distinct data processing and imaging techniques for salt mapping objectives. Specifically, those procedures used to separate magnetic signatures deriving from sources in the sedimentary section from those originating in the crystalline basement.

The objective here is to illustrate the enhancement to exploration efforts by the adjunct of HRAM data. A better understanding of the cause and character of the magnetic response due to the salt/sediment interface should lead to the inclusion of magnetic data to the exploration scheme.

The observed salt magnetic response is the combination of physical effects. A simple example would be the summation of the negative response due to the salt body and the positive responses due to the sands and shales. The main contributor is the shale sequence, due to its known higher magnetite content. The significant magnetic anomalies, due to observed shallow salt bodies in the Gulf, are negative. It is therefore the opinion of the authors, that what is being primarily observed in the data is a "lack of magnetite" effect, plus a small negative contribution from the diamagnetism when the salt replaces the shale or sand. The lack of shale/sands due to a salt intrusion produces the magnetic susceptibility contrast.

HRAM surveys were designed to map both basement magnetic features and intra-sedimentary anomalies. Unlike older magnetic surveys, this survey was flown at low level (100 meters) and with fast sample rates (up to 10 Hz) and with a fairly tight survey grid (0.5 miles by 1.0 miles). Specialized aircraft that have been "cleaned magnetically" were employed, with the magnetometer sensor being installed in a stinger at the rear of the aircraft. The survey data was acquired during periods of 'calm air,' generally early in the morning to avoid noise being introduced into the data. Data acquisition was also achieved during periods of low diurnal activity. This avoids flying during periods of magnetic disturbance from solar activity.

Data processing incorporated spike removal, line and tie-line leveling (bringing the line and tie-line values to a zero miss-tie). The total intensity data was then examined for frequency content through spectral analysis. Band-pass limits were established to filter out the long wavelength basement signal and the white-noise component of the data. The residual product maps anomalies present in the sedimentary section.

Fugro Airborne Surveys has acquired HRAM data over a large portion of the slope and deepwater portions of the Gulf of Mexico. This data clearly maps the salt dome in Green Canyon 162/163. The dimensions of the dome are very similar to that interpreted by the 2D seismic interpretation. The magnetic data has six north-south lines across each block providing a high-resolution mapping tool for the shallow magnetic anomaly. To the west and southwest, a salt ridge is interpreted in the 2D seismic data.

The band-pass-reduced-to-the-pole (BPRTP) data correlates well with the seismic interpretation although several interesting differences are noted. The BPRTP data indicates that the salt ridge is not as continuous as the 2D interpretation indicates. Several sub-salt plays are possible along the flanks of the interpreted salt ridge.

It is also interesting to note that the mini-basin is not contained by the salt ridge, when viewed with respect to the HRAM data. The mini-basin, or sediment fairway, continues towards the southeast. The high resolution BPRTP data can significantly add to the qualitative mapping, on both a regional and prospect scale, in the deep-water portion of the Gulf of Mexico.

The magnetic responses of salt structures in the northern Gulf of Mexico are typically characterized by small, low amplitude, negative magnetic anomalies. These responses are identifiable in high-resolution total magnetic intensity aeromagnetic data.

The lithology of the Tertiary and Quaternary sedimentary section of the Gulf consists of sands, shales, and salt. The magnetic signature of these rock types is dependent on their relative content of magnetic minerals, principally magnetite. The volume of magnetite present in any given rock determines its level of magnetic susceptibility. The susceptibility is the ability of a certain rock type to produce a magnetic response.

Sedimentary magnetic properties vary widely, and are the subject of an IGC Interpretation Footnote. All of the modeled sedimentary magnetic anomaly examples presented arise from entirely moderate magnetic susceptibility contrasts, and are calculated as if located at the magnetic north pole. The susceptibilities used for the model examples are representative of common values reported in the published literature.

Four salt models illustrate the type of magnetic response generated by common structures in the northern Gulf of Mexico continental slope. The magnetic susceptibilities used in the computations are k = 80 x 10-6 cgs for the sediments, and k = 0.0 x 10-6 cgs for the salt. All the calculations use a magnetic inclination of 90 degrees N. The characteristic curves are intended to lay the foundation for understanding the geometrical configurations of the salt/sediment interface that produce the magnetic signature.

The computation produces a 6 gamma (nT) response when the dome is attached to the mother salt. The detached salt dome exhibits a 30% reduction in the amplitude, a 4 gamma (nT) response. The question of detachment is a recurring exploration problem in the continental slope. The top of a salt dome can be identified from seismic data. The integration of the magnetic data can resolve the possibility of detachment.

The model calculations shown illustrate the resolving capabilities of the magnetic data. These few characteristic curves are not the total extent of the contributing information that can be gained from investigating the magnetic anomaly characteristics. Others include amplitude and shape, and the correlation to other geophysical and geological data sets.