Agip is anxious to exploit its Goliath oil find in the Barents Sea, either alone or as a joint development with Statoil's Snohvit. 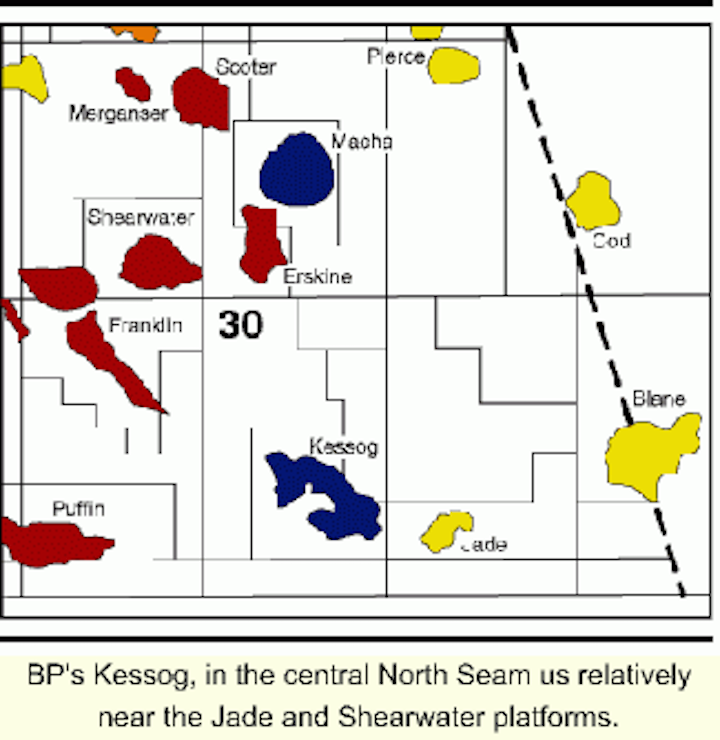 Agip is anxious to exploit its Goliath oil find in the Barents Sea, either alone or as a joint development with Statoil's Snohvit. The company believes the field could be brought onstream by 2004 - despite the remoteness and absence of infrastructure in the area - through a chartered production ship.

First, however, Agip needs to appraise Goliath quickly through a further well, to firm up current reserve estimates of 150-250 million bbl. Due to environmental constraints, which hinder drilling in this sector beyond late fall or winter, this may not be an easy task.

With the Norwegian Petroleum Directorate, Agip is also talking to Statoil about a joint scheme that would also encompass 130 million bbl of oil in the thin layers of the Snohvit gasfield. One proposed plan involves subsea facilities tied back 60 km to a production center on Goliath. The picture could be clouded, however, if a discovery were made on the Delta structure, which lies between the two. Delta is considered highly prospective, and Statoil is keen to drill, but faces the same time constraints as Agip.

Concurrently, Snohvit's license partners have approved a budget for front-end engineering design for a liquefaction plant for the field's gas. Germany's Linde is working on preliminary engineering for the plant, which will be based in Melkoya, near Hammerfest, and which could also handle gas from other nearby fields such as Askeladden and Albatross. This facility could be up and running by fall 2006.

However, Statoil will need replacement partners for Norsk Hydro and TotalFinaElf, both of which want to exit Snohvit. Hydro has other priorities, such as the Sogn area development, north of Troll. It has just submitted a PDO for Phase I of this project, the Fram West Field in block 35/11, which it aims to bring onstream in October 2003. Hydro is proposing two four-slot subsea well templates with the wellstream conveyed to Troll C. From there, the processed oil would be piped to the terminal at Mongstad, but for the first six years of field life, gas would be reinjected into the reservoir for boosting purposes. Fram West's reserves are estimated at 100 million bbl and 3.5 bcm.

No further "Goliaths" have emerged from the wave of exploration further south. But four operators have been rewarded. The most significant find could be DONG's Cicilie-1 in Danish block 5604/20a. The well was drilled vertically by the Ensco 70 jackup to a depth of 2,320 meters and found oil in Palaeocene sandstone before terminating in Danian chalk. Following a limited test, two sidetracks were drilled, the first of which confirmed the extent of the oil-bearing formation. The jack-up then moved northwest to appraise another DONG discovery from 2000, named Nini.

Cicilie may be a 50 million bbl prospect, according to analysts Wood Mackenzie, and the nearest producing field is Statoil's Siri, 10 km to the north-east. Whether the two can be linked may depend on Statoil's plans for the 6-7 million bbl Siri East. This was to have been developed through a small monotower exporting to the Siri Central platform, 9 km away, but planning was suspended in December due to rocketing rig rates.

In the Norwegian North Sea, Norsk Hydro has hiked reserve estimates at Oseberg East by 10%, following a new oil find. Production well 30/6-E-5 was extended into the Beta Sadel North geological structure north of the main Oseberg Field. This well proved oil in several intervals within the Brent formation. Hydro also found new oil while exploring northwest of Njord in the Norwegian Sea. Semisubmersible Scarabeo V drilled it to a total depth of 3,970 meters. Hydrocarbons were encountered in Early Jurassic rocks in the Tilje formation, flowing at 1,340 b/d on test through a 40/64-in. choke.

Finally, Chevron has announced that its Arnold exploratory well in UK North Sea block 16/23 south encountered 70 ft of oil-bearing sands. It may therefore be a strong candidate for development via the nearby Alba complex. Murphy Oil is also believed to have found oil in Eocene sands with a well spudded in November on central block 29/3-B.

BP's Central North Sea Kessog discovery is the latest offered to "the market" under the UK's Satellite Accelerator Initiative. Kessog, with a suspected 100 million boe of oil and gas condensate, is one of the largest untapped fields in the UK North Sea. However, attempts to commercialize it have foundered so far due to a combination of extreme pressures and temperatures and a complex, compartmentalized reservoir. The field is a tilted, fault-block type with Triassic and Jurassic reservoir horizons. Oil will likely be produced from the southern area through primary recovery followed possibly by water injection, although aquifer strength must first be determined.

Under the Satellite Accelerator Initiative, contractors are invited to don their thinking caps to help bring problem fields into production. In Kessog's case, BP seeks solutions relating to small diameter wells, sand control and reliable HP/HT pressure measurement. The operator plans a two-phase approach to the project. The first involves assembling a well design and technology team. If they can generate needed solutions, BP would move to drill a new well mid-2002. It would then strive for first production by mid-2005. Nearest producing fields with platforms are Phillips' Jade and Shell's Shearwater.

Decommissioning UK sector fields either onstream or nearing development could cost £8.7 billion in real terms over the next two decades, according to the latest abandonment survey from Wood Mackenzie. Around 300 fields across the North Sea, Irish Sea, and Atlantic Margin could be affected, with spending set to surge from 2004 onwards to a fairly constant £200-400 million per year. One exception at present estimates is 2011, when 12 northern North Sea fields face decommissioning, including Shell's Brent platforms which have a "take-out" tag in real terms of £702 million. Activity levels could thereafter remain high through to 2021.

The majors face the largest bills. ExxonMobil, BP, and Shell could be liable for 50% of UKCS decommissioning costs, or £4.4 billion in real terms. Next comes TotalFinaElf, with a forecast outlay of £642 million. Relatively, however, they will be less affected than some of the independents that have picked up aging assets to boost their production figures. Talisman Energy, for instance, may have to pay out £455 million, thanks to buys such as Texaco's Tartan and Elf's Piper and Claymore platforms.

One factor complicating removal is drill cuttings piles. Accumulations are most noticeable in the northern and central North Sea, affecting an estimated 121 multi-well structures. Of these, 47 have mapped cuttings piles.

In December, the UK Offshore Operators Association announced a second phase research and development initiative to address this problem. A key aim is to improve understanding of the environmental impact of lifting cuttings from the seabed.

Onshore trials at a dock in northeast England last September proved that equipment exists, which is capable of overcoming water pressure at depth - but also that significant seawater volumes would be lifted along with the solids. First in-situ tests will be performed this spring on Kerr-McGee's NW Hutton tension leg platform, where field shutdown is imminent.