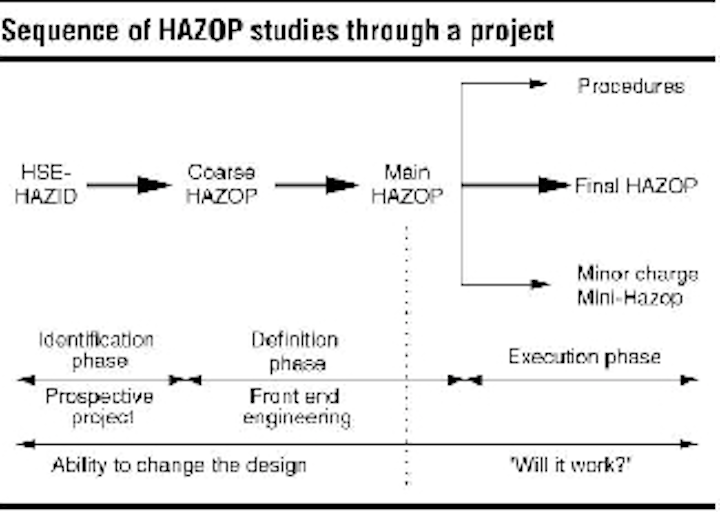 Prior to 1996, underbalanced drilling (UBD), including low or reduced hydrostatic head wells, had never been performed offshore in the North Sea. However, sound economic justification provided the stimulus to introduce this technique and associated technology.

There were many significant safety challenges that had to be addressed to demonstrate that the risks were within the limits of tolerability and as low as is reasonably practical. The primary health, safety, and environmental (HS&E) concerns related to:

While UBD had been successfully carried out in many onshore environments, it was recognized that this experience did not readily translate to an offshore North Sea environment. At the outset of planning for underbalanced operations, the UBD Project Team decided to adopt a step-wise approach that required each progressive and discrete UBD step to be safe prior to moving onto the next stage. This required testing and acceptance of the surface facilities for reduced hydrostatic head operations, UBD, and the snubbing system for drilling, tripping, and running slotted liner under-balanced. Also, this requires killing the well during tripping.

The introduction of UBD to Shell Expro U.K.'s Gas Supply Group occurred in May 1996 with the planning of Leman A27-S2. The well was designed as a low/reduced hydrostatic head sidetrack in a depleted reservoir. Prior to operations, an extensive training program for all crew involved in the operations was completed. Although the well was effectively overbalanced, a complete UBD surface separation and nitrogen gas generation system was installed on the rig to provide the level of reduced head required and to test the surface separation system. The well was killed while tripping, so a snubbing unit was not required. At the end of this well, a UBD test was conducted (flowing reservoir fluids to surface while in the drilling mode).

The second well was drilled in Barque through a virgin reservoir. Based on the success of the previous well, the reservoir section was drilled in the UBD mode, although the well was still killed during trips. This allowed the UBD surface facilities to be more comprehensively tested to evaluate whether the next stage could be safely managed.

Key safety studies and study techniques employed during UBD are as follows:

The following techniques were used extensively during the project life-cycle:

The HS&E management system (HS&E MS) for an underbalanced drilling operation has the same components as that of any other drilling operation. However, the emphasis shifts in particular areas, such as competency, to reflect the specific risks presented by UBD.

Formally, an HS&E management system is a reflection of the objectives of an enterprise and the manner in which these objectives are to be met as laid down by its senior management. Achievement of the hazard management objectives will be realized through the setting up of an organization in which responsibility is assigned and to which resources are provided. Those with the necessary expertise define the standards and procedures through which the objectives will be met. Key elements of the SMS model for successful UBD operations are:

In the occupational health and hygiene area, there were other factors:

UBD should not be regarded as an extension to existing well engineering techniques and technologies. To ensure a safe operation, most UBD projects will require significantly more resources and planning in comparison with conventional well operations, if the risk of failure is to be minimized. The primary HS&E concerns relate to loss of containment, competence of personnel, and safely designing, installing, and operating the new technology required for offshore North Sea UBD activities.

All these objectives can be safely achieved but require careful attention to detail to ensure that hazards are not missed and that suitable and sufficient controls are designed and implemented to demonstrate as low as reasonably practicable.

Editor's Note: This is a summary and update of the SPE/IADC 67688 paper presented at the SPE/IADC Drilling Conference held earlier this year in Amsterdam, The Netherlands.