Did the government go far enough? 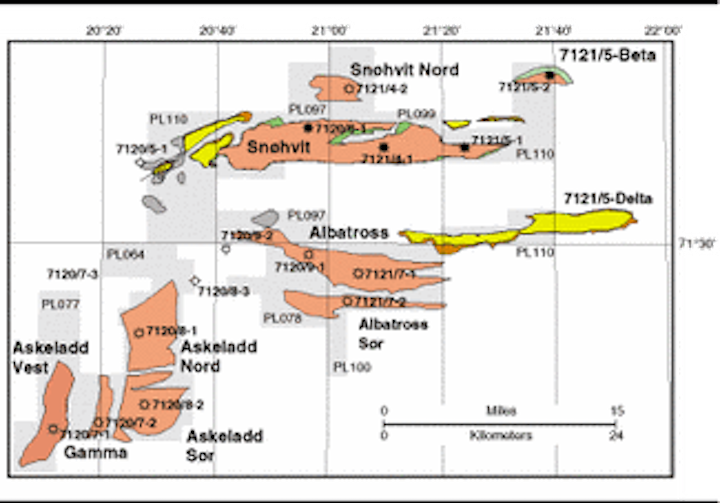 The 'New Norway' is up and running, having reconfigured itself to meet the challenges of oil and gas production in the 21st Century. This was the message from the government, the authorities, and top industry leaders at CWC Associates' conference in London on the Transformation of Norway's Oil and Gas Industry. Not everyone agrees on whether the changes go far enough, but no one doubts that the shake-up has helped to revitalize the sector.

In contrast with the country's traditional reputation as over-regulated, over-taxed, and over-costly, with an over-active state keeping all the best bits for itself, Norway now presents itself as keen to reward merit, welcoming foreign companies and investment, and providing a substantial offer.

The conference provided a platform for the first international appearance of the new Minister of Petroleum and Energy, Einar Steensnæs. A member of the Christian People's Party, he represents the recently formed coalition government, which also includes the Liberal and Conservative parties. In terms of economic policy, the government has indicated its intention to further reduce state participation, although Steensnæs, who appears to be a popular choice among Norway's oil and gas industry, said there were at present no plans for further privatization of Statoil and the State's Direct Financial Interest (SDFI).

The role of the government, Steensnæs said, was to develop a framework attractive to industry while maximizing returns to the state. His vision for the country was that oil production would continue well into the future, with Norway establishing itself as a leader in enhanced oil and gas recovery. There would be an increased focus on research and development, and the country's industry would be in the forefront of protecting the environment and promoting sustainable development.

Oil production would remain at around 3.1 million b/d up to 2005, while gas exports would grow from 63 bcm this year to 80 bcm in 2005. Oil production would continue for another 50 years, and gas for 100 years. Average recovery was already expected to reach 44%, and Steensnæs' ambition is to see this lifted to 50% for oil and 75% for gas.

Sn hvit on the move

The minister also welcomed the prospect of the first development in Norway's Barents Sea - Statoil's Sn hvit project, for which a development plan was submitted in September after fiscal concessions had been wrung out of the finance ministry. Gas will be produced through subsea wells and piped 160 km to shore where it will be turned into liquified natural gas (LNG).

Sales agreements have been signed with US company El Paso and Iberdrola of Spain by most of the field partners - Statoil, Amerada Hess, Petoro, RWE-DEA, and Svenska Petroleum. Gaz de France and TotalFinaElf will lift their own share. Carbon dioxide will be re-injected close to the field. Startup is scheduled for 2006, with the nearby Askeladd and Albatross fields to be phased in later.

Because of environmental sensitivities in this arctic region, the government would continue to adopt a cautious approach, Steensnæs said, and the impact of activities would be closely evaluated before the possibility of further developments is entertained.

The reduction of state ownership has begun this year with the selling of some 18% of Statoil's shares and the listing of the company on the Oslo and New York stock exchanges. Privatization of SDFI assets is also under way, 15% having been sold to Statoil, with the sale of a further 6.5% now being negotiated with other players on the Norwegian Continental Shelf (NCS).

Statoil has embraced its new role with enthusiasm. Since CEO Olav Fjell took over in 1999, the company has focused on preparing for its listing, reducing its capital employed by 25%, its costs by 20%, and its staff by 10%, and reorganizing itself.

Now, it is on the way to meeting its commitments to the stock market, which consist primarily of achieving production of 1.12 million BOE/d by 2004, up from 600-700 billion BOE/d currently, and improved profitability in the shape of a 12% return on capital employed. All investments were now profitable at $13/bbl, Fjell said.

Statoil is focusing its efforts on its core areas, Halten Bank and Nordland in the Norwegian Sea, where it is looking for future growth. Statoil is also focusing on the Tampen area round the Statfjord and Snorre fields, where enhanced recovery is the priority, and the Troll and Sleipner fields, which form the core of its gas deliveries. Securing a long-term future means competing internationally, and Statoil would leverage its strong position on the NCS to create a world-class oil company, Fjell said.

The SDFI assets, previously managed by Statoil on the state's behalf, are now in the hands of a dedicated management company, Petoro. With production of 1.44 billion BOE and reserves of 6.6 billion BOE in 2000, Petoro is a large player in world terms, ranking between Chevron and Texaco prior to their merger. CEO Kjell Pedersen explained that an initial task will be to review the portfolio with an emphasis on its four core areas - Troll, Halten Bank South, Ormen Lange and Sn hvit. Assets seen as non-core are likely to be sold off. Petoro will run a mean and lean operation, according to Pedersen. The firm is recruiting just 60 staff, when the size of the portfolio would justify 200-400.

David Nunn, Senior Vice President at Norsk Hydro, said the company was looking to Petoro to sell off non-core assets. He also welcomed Norwegian Oil Industry Association (OLF) guide-lines for access to third-party processing and transport facilities, but regretted that they did not cover gas pipelines.

The state retained a disproportionately high stake in infrastructure, he said. (According to Petoro, one third of the SDFI's net present value resides in pipelines.) The recommendations put forward by the tax commission last year were disappointing, in Nunn's view, failing to address for example the need for incentives for smaller fields.

No fewer than 28 companies have applied to buy SDFI assets. There is evident satisfaction in the government and authorities that the NCS is now a more open place. New companies like Gaz de France and Paladin Resources have become players, Chevron has come back, and the recent award of a license interest to contractor Aker Maritime testifies to the government's willingness to accept niche players.

New acreage is regularly made available - licenses around infrastructure in the North Sea on an annual basis, and wildcat territory in the Norwegian Sea biennially. The response has been positive, indicating that companies generally agree with the official assertion that there is still significant exploration potential.

But it is also true that some companies are short of undeveloped reserves.

Tina Langtry, the new President and Managing Director of Norske Conoco, outlined the company's exploration program for next year - two wells in the North Sea and two in the Norwegian Sea - but said that a lack of success could lead to a decline in its investments in Norway. Other leading players such as BP are also keen to grow their position.

An important step has been taken in encouraging cross-border activity with the announcement by the UK energy minister Brian Wilson of an amendment to the Heimdal treaty for liquids transport to the UK via the Brae facilities. Other fields may now use this system, and some of the first are likely to be ones in the Heimdal area which Marathon, the Brae operator, bought into earlier this year.

Further possibilities of cross-border cooperation will be pursued by a new bi-national working group consisting on the UK side of government and industry members of the Pilot strategy forum and a similar body in Norway, the Toppleder forum. It will meet for the first time early next year.

One novel idea worthy of discussion was former UK Energy Minister Tim Eggar's proposal of joint development zones embracing marginal fields on either side of the median line, with their own tax regimes and production sharing agreements. One item definitely on the agenda will be the combined use of infrastructure to deliver gas to the UK as domestic sources are depleted. The UK is a natural market for Norway, according to Steensnæs. The newly opened Vesterled link from Heimdal will keep the Norwegian Frigg pipeline in action after the Frigg field ceases production. Other links may eventually be needed.

Europe also offers the prospect of an expanding market for Norwegian gas. In this respect too, Norway has changed, scrapping the centralized marketing system based on the Gas Negotiating Committee (GFU). Now companies are free to market their own gas, which will allow foreign players independence denied them under the previous regime. Eventually it is hoped to lift total gas exports to 120 bcm a year, nearly twice the current level.

Norway has substantial reserves, such as Norsk Hydro's 400-bcm Ormen Lange Field. Eivind Reiten, the company's President and CEO, made it clear that licensees would need the confidence of take-or-pay contracts covering a substantial proportion of the reserves before committing the NKr 30 billion or so of investments required to develop this remote, deepwater field, although such contractual arrangements are discouraged by the European Union.

Øystein Noreng of the Norwegian School of Management suggested Norway should aim somewhere between Canada and Japan - neither allowing its whole oil and gas sector to be taken over by foreign capital, so that all important investment decisions are taken outside the country, as in Canada, nor making itself into a closed shop and thus running the danger of becoming stagnant, as in Japan.