Spectrum Geo will acquire and process 20,000 km (12,427 mi) of 2D broadband seismic over the Joint Management Area covering the Mascarene Plateau between Mauritius and the Seychelles. 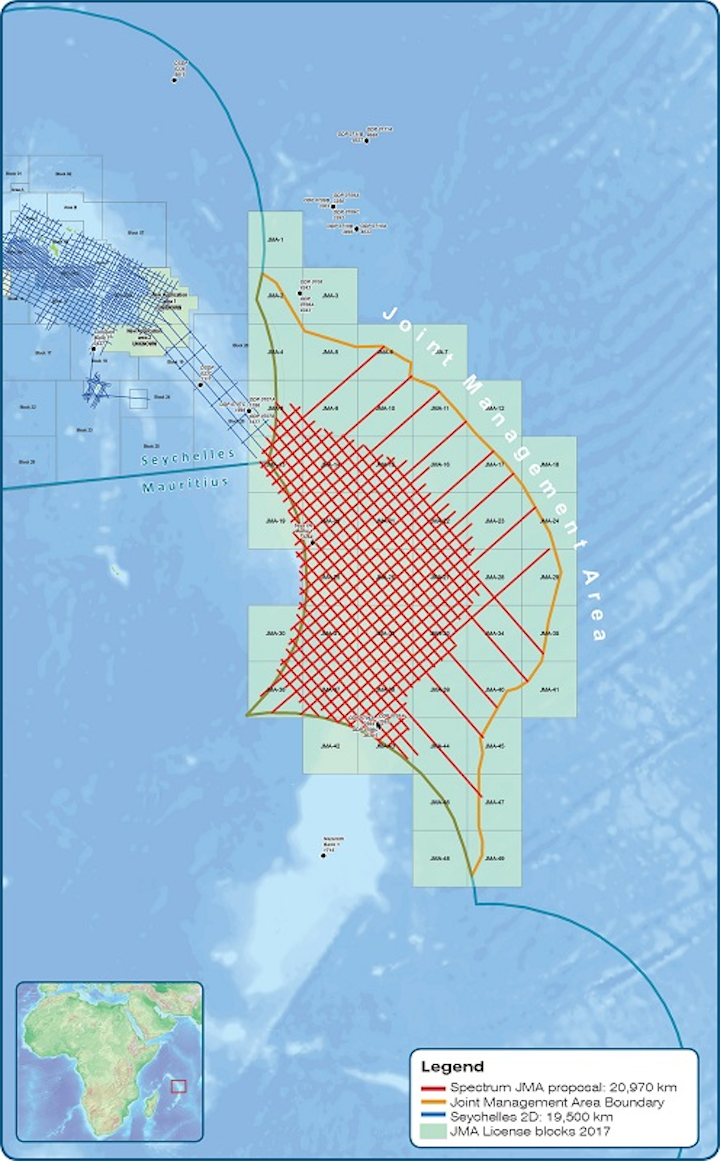 WOKING, UK – Spectrum Geo will acquire and process 20,000 km (12,427 mi) of 2D broadband seismic over the Joint Management Area (JMA) covering the Mascarene Plateau between Mauritius and the Seychelles.

The new dataset will cover exploration blocks already delineated by the Joint Commission, which administers the JMA, under its Hybrid Open Door licensing system.

Spectrum Geo’s Graham Mayhew signed an agreement to conduct the program with Dr. M. R. Badal, Director General of the Mauritian Ministry of Defence and Mr. P. Michaud, Special Advisor to the Vice-President of Seychelles in attendance.

The company says it is the first accord of its kind following the ratification of landmark treaties between the two countries in 2012 concerning management of the continental shelf of the Mascarene Plateau region, which extended their joint jurisdiction by 396,000 sq km (152,896 sq mi).

Since then, they have been jointly developing a legal and institutional framework, producing various documents including a Model Petroleum Agreement, Environment Code of Practice, Offshore Petroleum Safety Code, and a Joint Fiscal and Taxation Code.

This area is surrounded by oceanic crust of Cretaceous age, and yet the shallow depth demonstrates that the crust has an anomalously low density.

Spectrum has modeled gravity response over the JMA to be compatible with a fragment of the Madagascar-West Indian Jurassic and Early Cretaceous Crust.

Neil Hodgson, the company’s evp, Geoscience, said: “Our basin modeling puts the potential Seychelles style pre-volcanic source rocks into the oil window; this is corroborated by the presence of high-quality oil slicks above the prospective area captured on satellite data.

“A live working hydrocarbon system lying unexplored below the basalts across this whole area is clearly demonstrated. Modern seismic acquisition and broadband processing techniques will allow us to reveal the oil potential of this fascinating basin.”