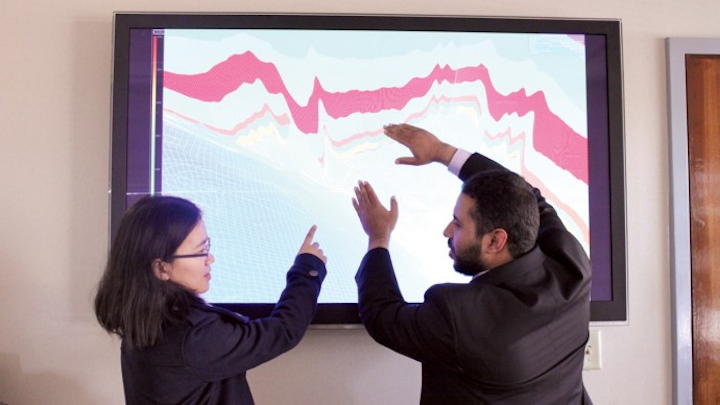 The new facility will be used to simulate the geologic evolution of the Arabian sedimentary basin at what Aramco calls an unprecedented level of detail.

The technology is unique, the company adds, because it can handle the vast models required to simulate the petroleum systems of the Arabian Peninsula.

It also allows integration of geological information from reservoirs with what is claimed to be an unprecedented resolution.

Ali A. Al-Meshari, EXPEC ARC manager, said the technology would “simulate the entire basin, providing Saudi Aramco an even more powerful engine to explore for hydrocarbons with even greater accuracy and more efficiency.”

The facility factors geologic, geochemical, and geophysical data into a simulation to determine when and where oil and gas were formed over a period of more than 500 million years.

Future phases will include additional graphical software such as Petrel workflows and Lithology and Kinetic Editors, which provide graphical tools to prepare and input data available in the company database easily, and the capability to graphically input and edit erosion and kinetic data.