Spectrum, on behalf of the Institute of National Petroleum, has started a multi-client 2D seismic survey offshore Mozambique. 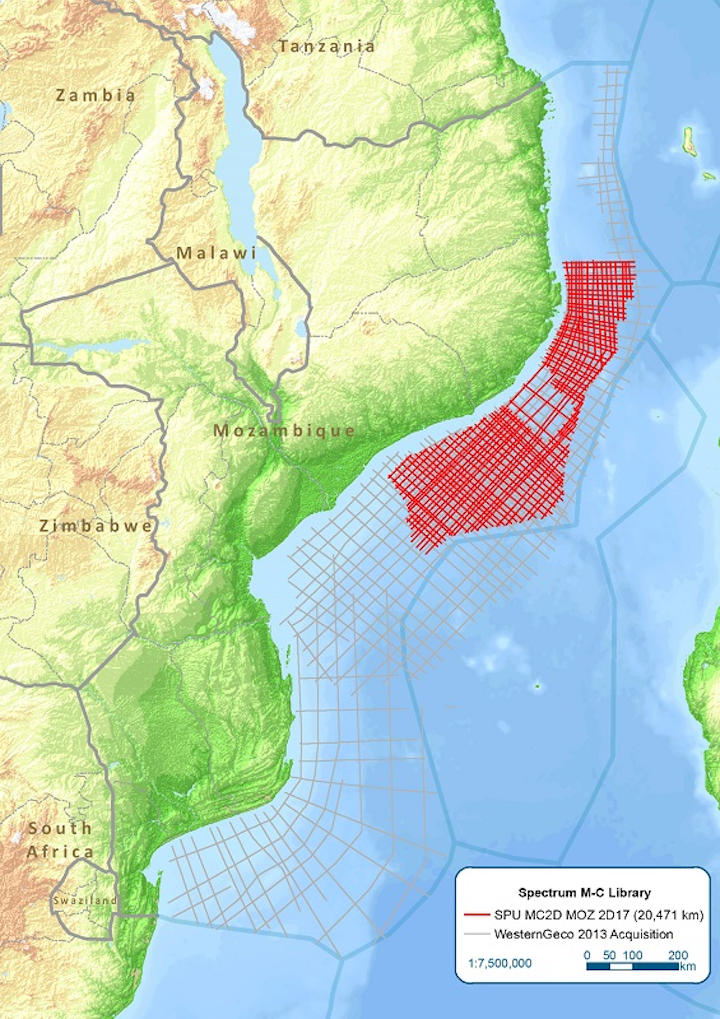 This new 2D seismic program of up to 19,000 km (11,806 mi) will be undertaken using a 10,000-m (32,808-ft) offset with continuous recording to enable extended recording lengths and high fold data. Gravity and magnetic data will be acquired in conjunction with seismic data to allow for independent verification of structure.

The survey is specifically designed to image the subsurface potential in the southern Rovuma basin and the western flanks of the Kerimbas Graben, west of the Davie Fracture Zone, providing a more detailed understanding of the prospectivity in this region. Potential targets, identified following recent studies in the area, include Cretaceous and Tertiary turbidites and buried canyon plays.

The survey will also image the syn-rift structures and Late Cretaceous pro-delta stacked turbidite sequences in the northeast Zambezi Depression.

The data will be processed with PSTM, PSDM, and Broadband products with first deliveries in early 2Q 2018. This survey will be carried out in partnership with WesternGeco and is supported by industry funding.

The survey is being acquired to complement existing 2013 seismic located in theMozambique Channel area.

Graham Mayhew, executive vice president of the Africa Region, said: “This new multi-client survey will play a key role in refining our understanding of the hydrocarbon potential offshore Mozambique between the southern Rovuma basin and the northeast of the Zambezi Delta, and accelerate exploration in an area considered to be significantly more oil-prone.

“In addition, the data will also provide the basis for future license rounds as planned by INP.”