Britain’s Oil & Gas Authority has made available the results of a recent £20-million ($26.7-million), government-funded offshore seismic program designed to promote exploration of some of the UK’s neglected offshore areas. 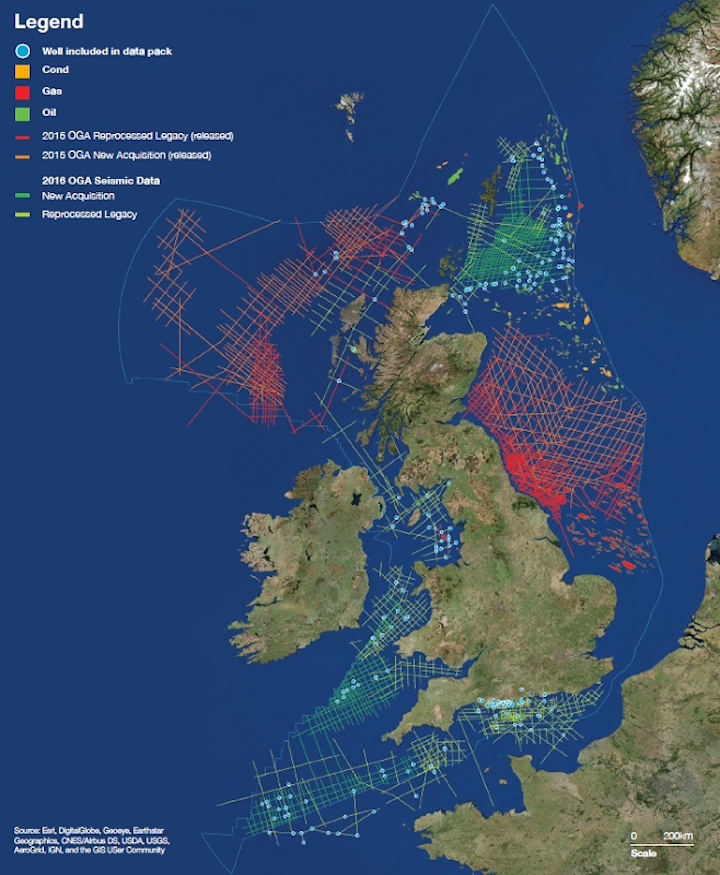 LONDON – Britain’s Oil & Gas Authority has made available the results of a recent £20-million ($26.7-million), government-funded offshore seismic program designed to promote exploration of some of the UK’s neglected offshore areas.

The data will support the 31st Offshore Licensing Round, due to launch in mid-2018.

The new marine 2D surveys, acquired byPGS and WesternGeco in summer 2016, cover the East Shetland Platform and South West Britain areas, while the reprocessed datasets extend along the English Channel and up the western parts of the UK to the Hebrides area offshore northwest Scotland.

This and data from the OGA’s 2015 seismic campaign are said to provide a regional exploration dataset for much of the UK’s under-explored offshore shelf, including regions where there has been no substantial activity for decades.

All the data have been published under open licenses, with key data packages available to download for free.

In addition, the OGA has issued a set of regional studies on the East Shetland Platform and SW Approaches basin along with comprehensive regional maps across the Southern North Sea, designed to supplement maps published earlier this year for the Central North Sea and Moray Firth.

Also, now available is an updated UKCS well tops database designed to deliver the datasets in a more accessible format.

Jo Bagguley, OGA principal regional geologist, said: “The UKCS has a lot to play for with up to 10-20 Bbbl of oil still remaining. The challenge is now for industry to increase the level and quality of exploration drilling across the UKCS and work together with the OGA in maximizing economic recovery.”

Malcolm Fleming, chief executive of CDA, the Oil & Gas UK subsidiary that manages UKOilandGasData.com, said: “The significant improvement in the quality and availability of the data over these areas will allow geoscientists to re-evaluate previous interpretations, leading to a re-think of the prospectivity and potential of the petroleum systems in place and reappraisal of discoveries previously thought to be uneconomic, as well as the discovery of new prospects for exploration drilling.”