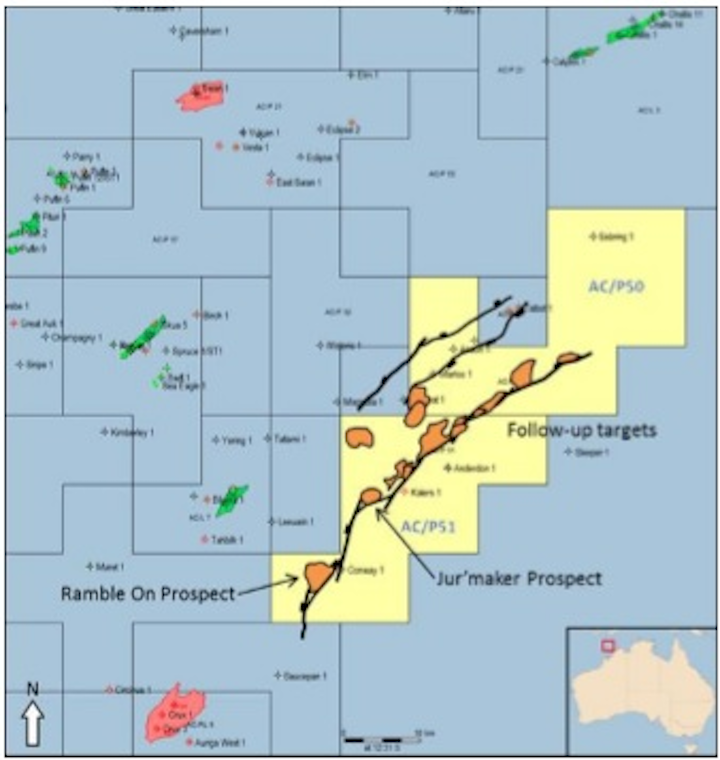 Rouge Rock undertook the reprocessing as part of its farm-in agreement to the AC/P50 and AC/P51 permits.

One of the features is an amplitude-supported objective immediately above the known Ramble On prospect, which could be a direct indicator of hydrocarbons.

Melbana continues to assess the reprocessed data and the resulting suite of enhanced technical products. The goals are to characterize any new prospects and leads and to further de-risk the identified prospects and leads, leading potentially to a further farm-out to help fund exploration drilling.