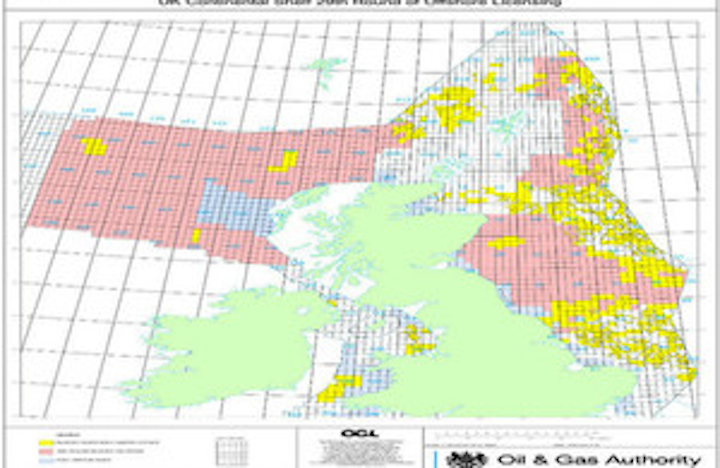 Blocks offered include various frontier areas, some of which were covered by last year’s UK government-funded seismic campaign.

The £20-million ($26.2-million) program targeted under-explored areas of the UKCS and is said to have significantly improved the previously sparse data coverage in theRockall Trough off western Scotland and the Mid-North Sea High region.

Resultant data packages were downloaded more than 3,000 times after being made freely available to the industry in April as part of the OGA’s wider plan to revitalize exploration.

The29th Round also marks the launch of the “Innovate Licence” concept, described as a flexible and pragmatic approach to licensing, and developed by an industry task group set up by the MER UK Exploration Board.

It will allow licensees to work with OGA to design an optimal work program that should lead to more appropriate phasing of activity, rental fees and competency tests, with a stage-gate process for better monitoring of progress than was possible under the previous licensing regime.

Andy Samuel, OGA’s CEO, said: “We recognize that market conditions are currently very difficult but nevertheless we have a shared goal of making the basin as attractive as possible for exploration.

“We’ve listened to industry feedback and have introduced more flexibility in the licensing regime and opened up potential new areas for licensing.

• A full list of the blocks on offer can be viewed here:https://www.gov.uk/oil-and-gas-licensing-rounds

• The 2016 seismic program will focus on South West Britain and the East Shetland Platform. Contracts were awarded toWesternGeco and PGS.