Barbados' government will open large parts of the country's offshore area for bidding during 2015, with favorable terms for international oil companies. All these unlicensed blocks can be considered as a rank wildcat exploration area, and early movers will be able to pick up the best prospects. Mapping of the region's Cretaceous La Luna age-equivalent source rock - not previously feasible using the old seismic - is now possible, and the new data has led to identification of more than 20 large oil prospects. 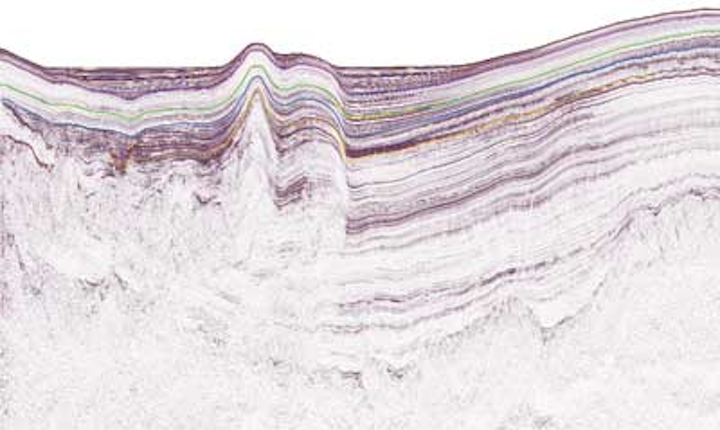 Jamar White
Division of Energy and Telecommunications Government of Barbados

Barbados' government will open large parts of the country's offshore area for bidding during 2015, with favorable terms for international oil companies. All these unlicensed blocks can be considered as a rank wildcat exploration area, and early movers will be able to pick up the best prospects.

All components for successful exploration appear to be present offshore Barbados. Several source rocks can be identified on the new seismic. Basin modeling, derived from the MCG survey, suggests active oil generation and migration. Good sandy reservoirs, likely originating from the Paleo-Orinoco Delta, can be tied into the seismic, containing numerous large structural closures. These structural closures and stratigraphic prospects show many forms of direct hydrocarbon indicators (DHI).

Oil production started onshore the island in the early 1900s. The reservoirs consist of Eocene sandstones from the Scotland Group and the sweet, light crude oil is geochemically proven to be generated from the La Luna equivalent source rocks. The producing traps are highly compartmentalized due to the intense and repeated faulting (both compressional and extensional) on the island. This faulting is much less evident in parts of the offshore area.

There has only been one well drilled offshore Barbados. ConocoPhillips, in partnership with Total, drilled the Sandy Lane exploration well in 2002 in the Barbados Trough, targeting a Miocene sandstone in a trap close to a mud diaper with a weak amplitude anomaly in half the structure. The well revealed low concentrations of gas in the reservoir. ConocoPhillips concluded that the trap had probably been breached by faulting. However, the well did prove several high-quality Miocene reservoirs, and these can be tied to the new seismic and correlated into larger structures.

During the breakup of the supercontinent Pangea, Barbados was geographically located in the southeast corner of the open North Atlantic basin prior to the opening of the South Atlantic. The area is close to the Orinoco Delta and Trinidad. This region was located in the southeast corner of the opening of a large seaway that extended to the Gulf of Mexico in the Middle Jurassic, roughly 166 million years ago. A late Tertiary collision between plate boundaries around the Caribbean Plate and the Atlantic Plate created a large accretionary ridge that set up the region's current geology.

Around 80% of the island of Barbados is covered with Quaternary limestone. On the northeast side of the island, outcrops of older sandstone and clastic rocks, uplifted and deformed by tectonic activity and related diapirism, are visibly stained with oil. Salt basins have yet to be identified but shale movement and diapirism is prevalent. This is a continuation of the shale diapirs and structures from Trinidad to the south.

The offshore area can be divided in three main geological provinces. The north-south trending Barbados Ridge running up through the island divides the area into a western part known as the Tobago Fore-arc basin and an eastern part named Barbados Trough. Large structures and prospects can be found in many locations.

In 2007, Barbados launched its first offshore oil and gas licensing round, inviting international oil companies (IOCs) to bid for the right to explore and produce hydrocarbons in the island's offshore acreage. Twenty-four blocks were offered, and from this process, BHP Billiton was awarded two offshore blocks - Carlisle Bay and Bimshire. Since that time, Barbados has continued to attract significant attention from IOCs interested in attaining petroleum rights throughout its offshore territory.

The government's Division of Energy and Telecommunications will launch the new offshore licensing campaign this year, offering select blocks to the industry under a fair and transparent process of direct negotiations.

Despite the current low oil-price environment, Barbados is keen to further exploration of its offshore acreage and will seek to partner with technically strong, financially capable companies that can help the country realize its offshore petroleum potential. Information relating to the application process, pre-qualification criteria, blocks on offer and important deadlines, is available on the division's website.