CGG has recently acquired more than 36,000 sq km (13,900 sq mi) of full-bandwidth BroadSeis-BroadSource broadband 3D seismic data over the Northern Viking Graben, spanning both the Norwegian and UK North Sea. The high-resolution seismic imaging is a key component of the ongoing integrated JumpStart geoscience program of that region, which will enhance subsurface knowledge and assist with the identification of prospects and new play models. 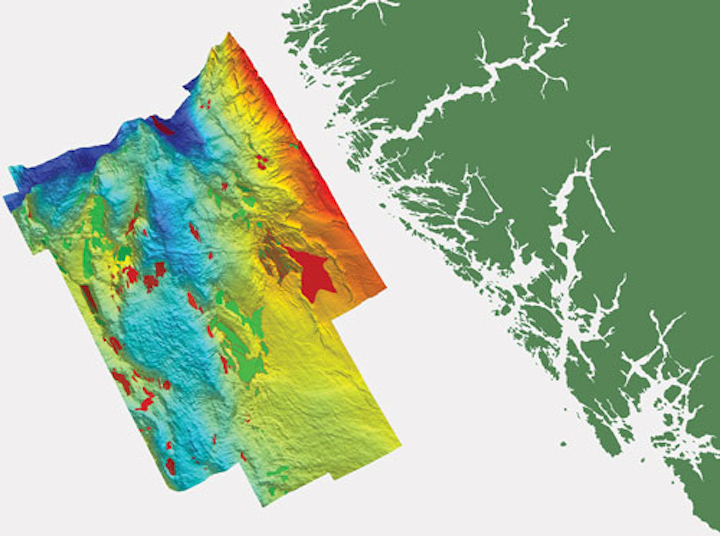 Although the seas around northwest Europe may be regarded as a mature petroleum province, new finds are still being made. According to the 2017 Norwegian Petroleum Directorate annual resource report, published in June, as many as 77 discoveries are currently being considered for development offshore Norway, while additional “vast volumes” could also be brought on line using new technology to boost recovery at existing fields and exploit tight oil and gas reservoirs.

One benefit of discoveries in mature areas is that there is existing infrastructure to tie into, reducing the cost and lead times to production. The Northern North Sea is a highly explored petroleum basin where large discoveries such as Troll, Statfjord, and Brage have been made. However, other large accumulations of hydrocarbons are still being discovered. The use of broadband seismic data in combination with geology, well data, and reservoir characterization gives insight into the stratigraphy of the area enabling increased understanding of petroleum plays and prospectivity.

Multi-client surveys deliver a cost-effective means of providing the highest-quality data. Larger seismic surveys can be acquired to give a regional perspective as well as the detailed analysis required at prospect level. CGG has recently acquired more than 36,000 sq km (13,900 sq mi) of full-bandwidth BroadSeis-BroadSource 3D seismic data over the Northern Viking Graben (NVG), spanning both the Norwegian and UK North Sea. The high-resolution seismic imaging is a key component of the ongoing integrated JumpStart geoscience program of that region, which will enhance subsurface knowledge and assist with the identification of prospects and new play models.

CGG’s new JumpStart programs are integrated multi-client geoscience projects designed to accelerate industry understanding of petroleum systems and support exploration efforts. The main constituents of a JumpStart program are advanced multi-client seismic data, a validated, upgraded, and ready-to-use well data set, and a coherent interpretation and evaluation framework for the basin. The NVG program integrates multiple data types from many disciplines, including regional well correlation, seep studies from satellite imagery and subsurface geochemistry, sedimentology/petrophysical analyses, potential fields studies and seismic reservoir characterization, alongside the broadband seismic data. Provision of this integrated package by a single geoscience company, with expertise in all the geological and geophysical disciplines, can help shorten decision times. The goal is to reduce the time spent on conditioning and integrating the data, to allow more time to be spent on the generation of new play models and identification of new prospects, or to improve production from existing reservoirs. Standardization and integration of analyses also reduce the intrinsic uncertainty related to each individual discipline.

The sharper wavelets delivered by broadband data improve 3D reconstruction, allowing better models for the understanding of residual and displaced hydrocarbons and their migration history. Iceberg plough and scour marks, made visible by the high resolution, can give accurate estimates of paleo water depths and tilting in the area, so helping reconstruction of paleo migration pathways and trapping configurations. Extensive areas of injectites can be clearly identified throughout the entire NVG survey.

These are large-scale sand intrusions with thicknesses of up to several hundred milliseconds and in the NVG these Tertiary injectites represent potential prospective reservoirs as they can have good porosities and permeabilities as a result of the grain sorting during the liquefaction and injection process. Injectites can be seen at two different intervals within the Tertiary section, mainly of Paleocene to Miocene age. The high resolution provided by the broadband data reveals greater insight into the understanding of these and their depositional systems.In particular, the data show the link between the polygonal faults and the injected sands, which are both results of overpressure and dewatering of the underlying units. The new survey improves both the well-to-seismic ties and the subsequent quantitative interpretation, thanks to advanced processing technology and the sharp wavelets with broad bandwidths from 2.5 to 250 Hz.

There is also marked improvement in the continuity of reflectors below the Base Cretaceous Unconformity (BCU), allowing more accurate interpretation of Jurassic reservoirs. The Middle-Late Jurassic and Early Cretaceous section is the primary focus for deeper reservoir targets, with the aim of understanding the reworking and re-deposition of sand bodies on the slope and basin floor. Analysis of gravity data, acquired simultaneously with the seismic, was used to help define the basement depth and in the velocity model-building process.

The increased low-frequency content enables subtle changes in the sediments to be detected, so that unconformities and individual lithological units can be identified and mapped, and reflectors correlated across deep faults in an efficient and confident manner. Better paleo-geographic maps can be constructed, with better prediction of reservoir distribution and understanding of porosity and permeability preservation.

More than 100 wells in the area have been collated and are being re-evaluated, tied, and calibrated to the NVG seismic to provide a consistent, ready-to-use database for prospect evaluation in the Northern North Sea in an easily accessible form. The well data have been gathered from many different sources and consist of edited petrophysical logs and electrofacies analyses, well-to-seismic calibrations, sedimentary descriptions of core, and biostratigraphic analyses. The revised data sets and associated insights are then correlated and interpreted with the seismic data.

The core description and analysis are calibrated to the petrophysical analysis by revisiting the geological samples. Cores are available on many wells, giving good regional coverage from Tertiary to basement. These results are then applied to a rigorous biostratigraphic review of each well. The biostratigraphy data, samples, and results have come from many different sources and the analysis has included both consistent review and new analysis. Once these samples have been dated, a review of the current lithostratigraphy can be performed to help refine formation top boundaries and additional chronostratigraphic picks made. These results are then tied to the NVG seismic, where all new analysis is correlated and mapped across the whole area. Considerable improvement has been seen over the existing stratigraphic framework, where inconsistencies can be seen regionally from current lithostratigraphic markers and time/depth charts.

Pre-stack attributes and AVO gather synthetics generated from the well data were used to control the quality of AVO signature preservation throughout the seismic processing flow. Two multi-client seismic reservoir characterization projects have been completed so far, with 3D AVO attributes and 3D deterministic acoustic inversion being conducted from approximately 3,200 sq km (1,236 sq mi) of the seismic data over the Ryggstein Ridge and the Måløy Slope. Owing to the low frequencies inherent in BroadSeis data, an acoustic inversion based on scaled seismic velocities provides reliable inverted P-wave velocity and acoustic impedance (AI) results. The upgraded well logs were used to define the local Gardner relationships and also as blind tests for the inversion. A good match was achieved between the inverted attributes and the recorded logs. Porosity logs generated from the well logs are being coupled to the AI to generate total porosity volumes which will help in ranking the prospects as they are mapped by the geoscientists.

This integrated program provides a comprehensive understanding of petroleum systems within the Northern North Sea and is just one of several JumpStart programs being conducted worldwide. Integration of advanced seismic data with all available well, geological and geophysical data helps deliver coherent and comprehensive geoscience packages.