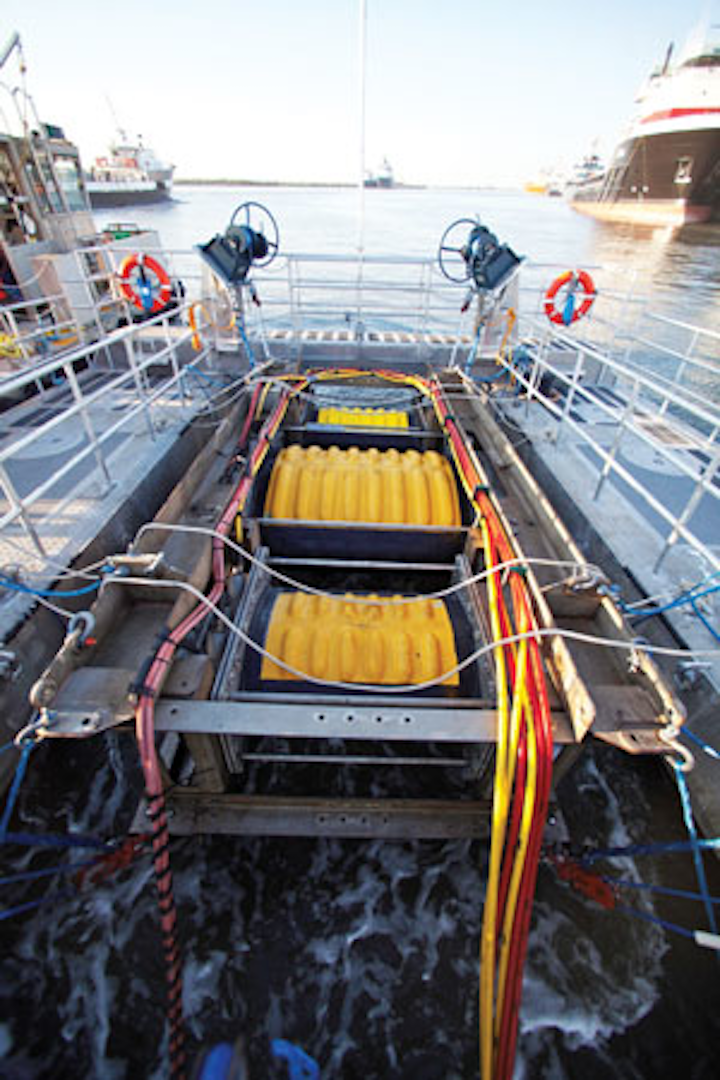 “We cannot tie onshore to deepwater [data] because permitting the transition zone is difficult,” he explained, due in part to groups who believe seismic acquisition is damaging marine life. Airguns have specifically been under increasing scrutiny.

In late 2016, the US Bureau of Ocean Energy Management began drafting its programmatic environmental impact statement, which evaluates the potential impacts of G&G surveys on marine mammals, fish, corals, and other environmentally sensitive species in the Gulf’s outer continental shelf. The bureau said the aim of the document is to recommend measures to protect these marine mammals and environments from potential impacts of G&G activities. From inception, it has been disputed by industry groups such as the International Association of Geophysical Contractors (IAGC) and API.

Airguns are an impulsive source that spreads a burst of instant energy, including some higher frequencies within the hearing zones of some marine mammals.

“We do not need [those frequencies generated]; it is a waste of energy,” Archer said.

“With that, we can stay well within the requirements the regulators around the world are starting to impose on us,” Archer said.

In both trials, the AquaVib comprised three individual vibrators; two smaller units, which are found to be more efficient for higher frequencies, and one larger unit for lower frequencies. The units were placed in a support frame that provides mounting and lifting points for the entire unit.

Archer said that that test probably represented an industry first. For the second test, AquaVib was once again deployed in full production mode on an ocean bottom survey in the shallow-water Gulf of Mexico, where it acquired repeated passes of an 8.3-mi (13.5-km) 2D test line. In total, AquaVib acquired more than 53 mi (85 km) of source line into a 4C ocean bottom receiver spread.

The line was acquired in water depths up to 60 ft (18 m), testing multiple sweep parameters, tow depths (3, 6, 16, 33 ft or 1, 2, 5, 10 m), and VP intervals, including the company’s proprietary Symphony sweep. A second line was recorded using a shallow-water airgun array for data comparison purposes. Acquisition took place in January and February 2017.

Representatives from the IAGC were on-hand. “The geophysical industry has always been at the forefront of advancing innovation and technology to deliver geophysical data in an environmentally responsible manner,” IAGC President Nikki Martin toldOffshore. “We support our members’ continued pursuit of emerging technologies operational efficiencies to better serve the world’s need to safely and reliably identify oil and gas reserves.”

Geokinetics Vice President of Sales and Marketing David Hammer explained that a few tweaks were made in between tests. One example he gave were improvements to the auxiliary channel set-up. More channels were added to enhance the quality of the output sweeps, or the driving signals, and firing sequence timing.

Whereas the initial test run was to test how the technology gathered data under various parameters, Hammer said that the final objectives of the January-February tests were to further explore its power limits, investigate different sweep and tow depth options for production efficiency and data quality enhancement.

Geokinetics has also designed the units to be scalable, with Archer and Hammer explaining that they envisioned up to a dozen units acquiring data simultaneously.

The current units are ready for a production build, the two said, and the company is planning the next generation of AquaVib vessel. An initial design has been created for autonomous units capable of being operated remotely at slow speeds. Testing for this iteration will soon be underway.