Five tugs have started the 500-nautical mile tow-out of the Aasta Hansteen spar platform from Stord, western Norway, to the field location in the Norwegian Sea. 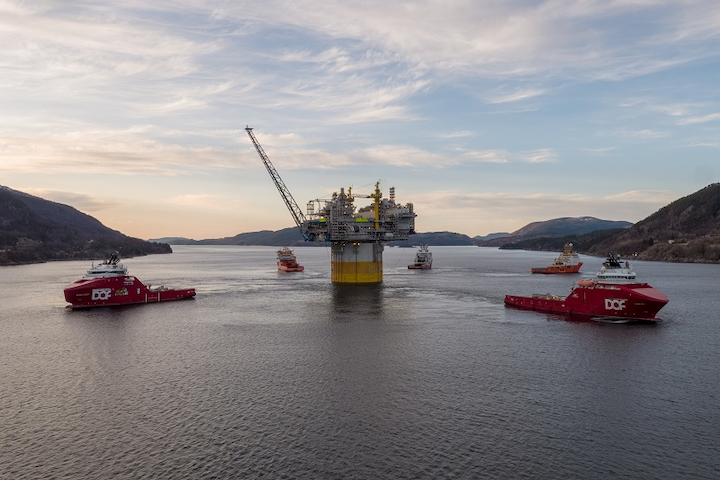 STAVANGER, Norway – Five tugs with a combined 150-MW horsepower have started the 500-nautical mile tow-out of the Aasta Hansteen spar platform from Stord, western Norway to the field location in the Norwegian Sea.

According to operatorStatoil, this is the biggest tow-out operation since the Troll A platform was moved offshore to the North Sea in 1996.

The voyage should take 12 days to complete.

The spar is Norway’s first and the world’s largest.