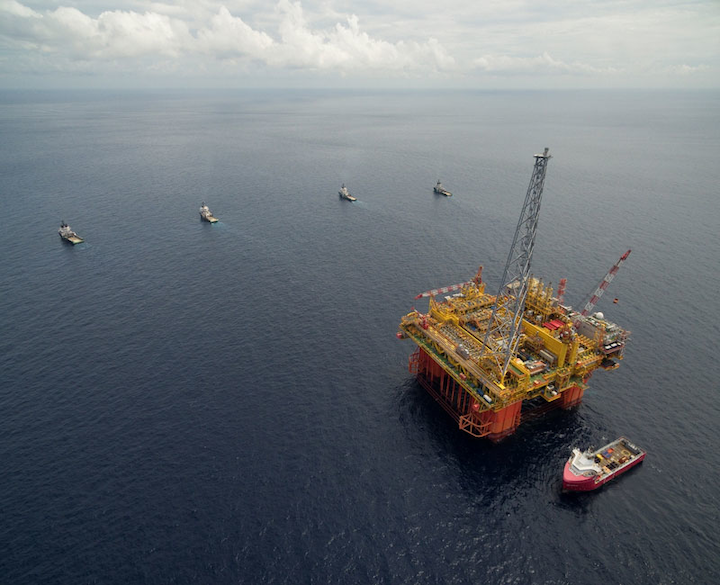 Once theIchthys Exploreris moored in 250 m (820 ft) of water, hook up and commissioning will begin.

The CPF is the central hub for initial offshore processing of all well fluids delivered from a 130-km (81-mi) network of subsea well infrastructure. Gas from the CPF will be sent though an890-km (553-mi) subsea pipeline to the onshore LNG facility, at Bladin Point, near Darwin for processing.

Most condensate and water from the CPF will be transferred to the nearby FPSOIchthys Venturer.

Louis Bon, managing director, Ichthys project, said: “The Ichthys LNG project incorporates some of the world’s largest and most advanced offshore facilities with a continuous operating life of 40 years.”