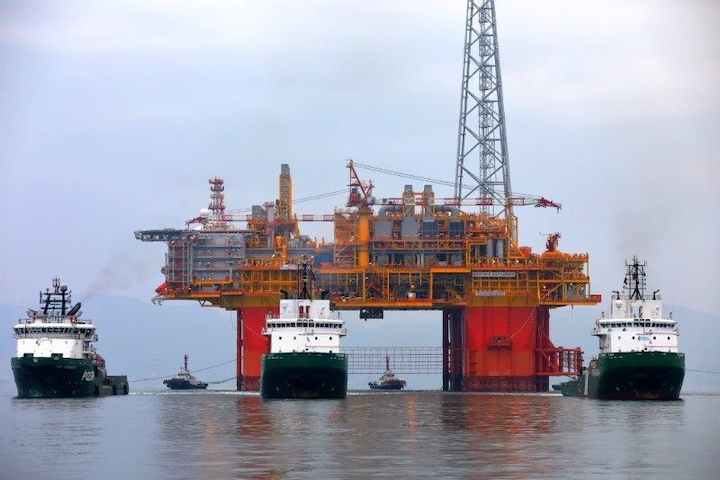 Over the next one and a half months it will be towed to the Ichthys field location, after which it will undergo hook-up.

The facility should then be ready to separate and process production from connected subsea wells into gases and liquids over 40 years of continuous operation.

TheIchthys Venturer, the project’s FPSO, is also due to be towed to the field for subsequent hookup.

INPEX and its partners will at the same time progress construction of the associated natural gas liquefaction plant outside of Darwin in Australia’s Northern Territory of Australia.