The Heerema Marine Contractors and AF Offshore Decom consortium has completed the offshore removal phase of the Murchison platform. 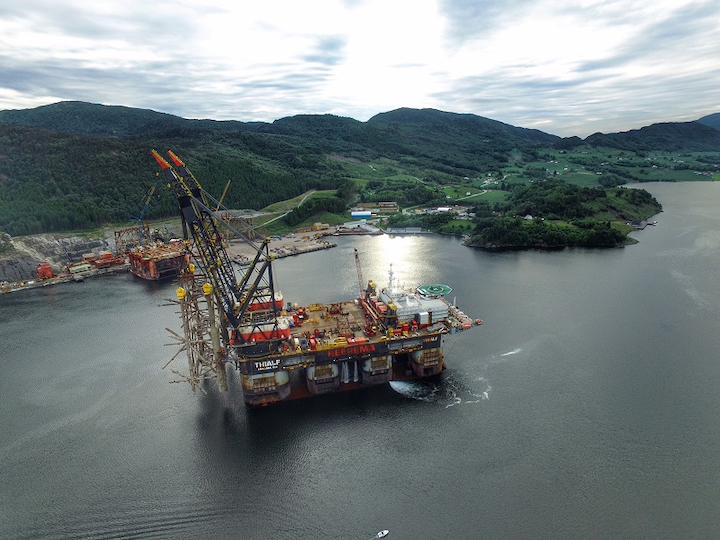 On June 19, 2017, HMC’s heavy-lift vesselThialf safely offloaded the lower section of the Murchison jacket on the quay of AFOD’s Environmental Base in Vats, Norway.

In September 2014, CNR International contracted the Heerema-AF consortium for the full engineering, preparation, removal, and disposal of theMurchison platform, comprising a 24,000-ton topsides and a 14,000-ton jacket.

According to HMC, the fixed-price contract where the outcome was defined but the method and timing was at the consortium’s discretion enabled this phase of the overallMurchison decommissioning project to be completed two years ahead of its original schedule.

TheMurchison oil field straddles the UK/Norway median line, with the platform located in UK waters, east of the Shetland Islands. The steel jacket platform, one of the largest in the North Sea, was installed in 1980 and ceased production in March 2014.