Statoil has submitted the plan for development and operation for the Johan Castberg project in the southern Barents Sea. 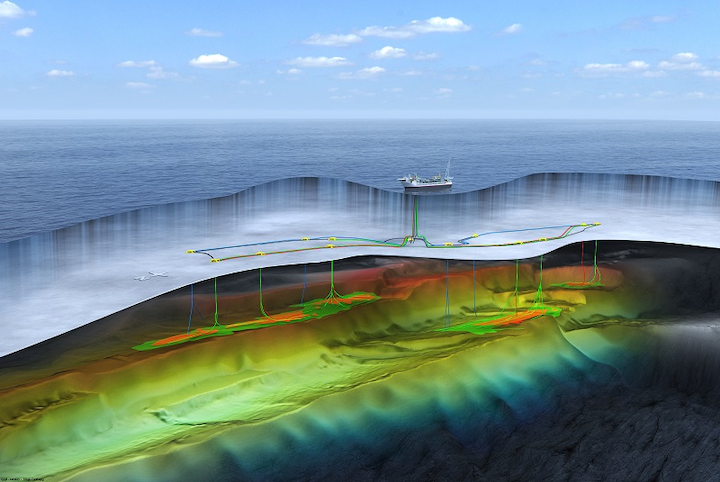 STAVANGER, Norway – Statoil has submitted the plan for development and operation for the Johan Castberg project in the southern Barents Sea.

Castberg, with an estimated development cost of $5.92 billion, will feature the largest subsea scope of any current project worldwide, Statoil claimed, connected to Norway’s largest FPSO.

Other partners in the project are Eni and Petoro.

Recoverable resources are thought to be in the range of 450-650 MMboe, which makes this the largest new offshore oil and gas development anywhere in 2017, Statoil said. The company anticipates first oil in 2022, with production continuing for more than three decades.

Margareth Øvrum, executive vice president for Technology, Projects and Drilling, said: “Johan Castberg has brought challenges. The project was not commercially viable due to high capital expenditures of more than NOK100 billion [$12.08 billion] and a break-even oil price of more than $80/bbl.

“We have been working hard together with our suppliers and partners, changing the concept and finding new solutions in order to realize the development. Today we are delivering a solid PDO for a field with halved capital expenditures and which will be profitable at oil prices of less than $35/bbl.”

Arne Sigve Nylund, Statoil’s executive vice president for Development and Production Norway said: “Castberg will be the sixth project to come onstream offshore northern Norway. The field will be a backbone of the further development of the oil and gas industry in the North. Infrastructure will also be built in a new area on the Norwegian continental shelf.”

Thesupply and helicopter base will be in Hammerfest, and the operations organization in Harstad. Statoil estimates the field’s operating costs at around NOK1.15 billion ($139 million) per year. In addition, it is working with other operators of commercial oil discoveries in the area to investigate establishment of an oil terminal solution nearby at Veidnes

Statoil has awarded Aker Solutions contracts with a total value of NOK4 billion ($482 million) for the subsea system, and engineering and procurement management for the FPSO topsides. The subsea spread will comprise 30 wells with vertical subsea trees, wellheads, controls systems, 10 templates and manifolds, two satellite structures, and tooling.

“Our early involvement and strong collaboration with Statoil have helped halve the development costs,” he claimed.

The company will start work on the subsea system this month, using its facilities in Norway, the UK, India, Malaysia, and Brazil.

It expects to start deliveries during 2Q 2019, with final delivery in the first half of 2023.

Statoil issued this contract after exercising an option in a 2013 engineering arrangement for the project.

In this case, work will be performed at Aker Solutions branches in Norway and India. Detailed design should be completed in 2019.

“We are able to generate significant project synergies by building on our work from the early stages of the development and playing on our combined strengths in both subsea and floating installations to optimize the overall solution,” Araujo said.

The company has also issued its first letter of award for theSnorre Expansion project in the Norwegian North Sea.

On behalf of the partners in the Snorre license, Statoil is signing a letter of intent with FMC Kongsberg Subsea to provide the subsea system for the Snorre Expansion project. The estimated value is just under NOK2 billion ($241 million) and includes provision of six subsea templates and subsea production equipment for a total of 24 wells.