Energean Israel has submitted the field development plan for the Karish and Tanin natural gas fields to the Israeli Petroleum Commissioner. 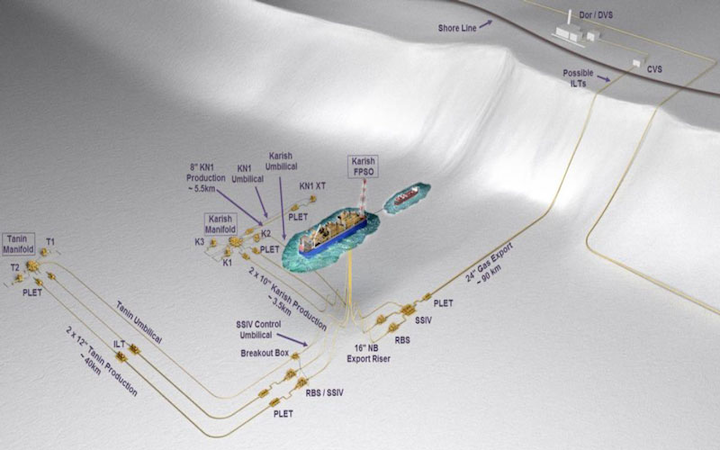 The company said that an FPSO would maximize recovery of the reserves and minimize environmental impact, allowing the associated oil to be safely processed, stored, and offloaded away from the coast, with minimal onshore installations required.

First gas is expected in 2020. Total estimated capex for the Karish development is $1.3-1.5 billion.

The Tanin area development will follow the development of Karish and envisages drilling six wells connected to the same FPSO.

Energean Chairman and CEO Mathios Rigas said: “…We will continue working closely with the Israeli government to obtain the required approval of the FDP as soon as possible in order to be able to reach final investment decision by the end of 2017…”