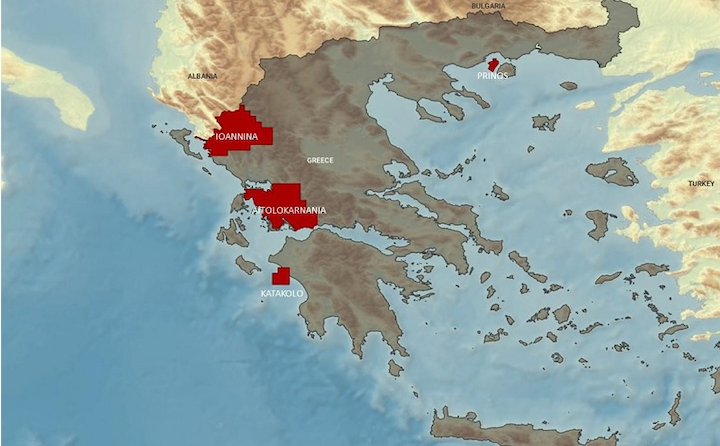 The FDP application was submitted in February 2017 after Energean secured the 25-year exploitation concession, which was announced in November 2016. Development involves extended reach wells from an onshore location in the area.

The $50-million development plan is targeting the 11 MMboe of recoverable oil that was discovered in the early 1980s by the state owned Public Petroleum Corp., but remained undeveloped for decades.

The company will now begin the environmental and social impact assessment for Katakolo, which will be submitted for approval in 2018. Upon approval, the company intends to take a final investment decision on the project and drill the first wells in 2019, with first oil expected in 2020.

Energean holds a 100% working interest and is the operator of the block.

Katakolo is the company’s third oil and gas field to be developed inGreece and is said to be the first ever hydrocarbon production program in western Greece.

Energean plans to develop Katakolo alongside its two other current development projects, the Prinos oil field, which is part of the Prinos concession offshore northeast Greece, and the 2.4-tcf (2C)Karish and Tanin gas fields offshore Israel. The latter also received FDP approval by the Israeli government last month.

Energean CEO Mathios Rigas said: “…Katakolo is a previously discovered oil and gas field that has so far remained undeveloped. Energean is now unlocking the value of this very important project for the country as well as revealing the potential for wider exploration of the East Adriatic region.

“Developing Katakolo is consistent with our strategy to maintain a balanced portfolio of producing and development assets, coupled with low-risk, high-impact exploration potential in the Eastern Mediterranean. We are adding further value for our shareholders through converting a discovered but stranded resource into a valuable commercial project.”