Cooper Energy has completed its transaction with APA Group, under which the latter will acquire, upgrade, and operate the Orbost Gas Plant onshore southeast Australia. 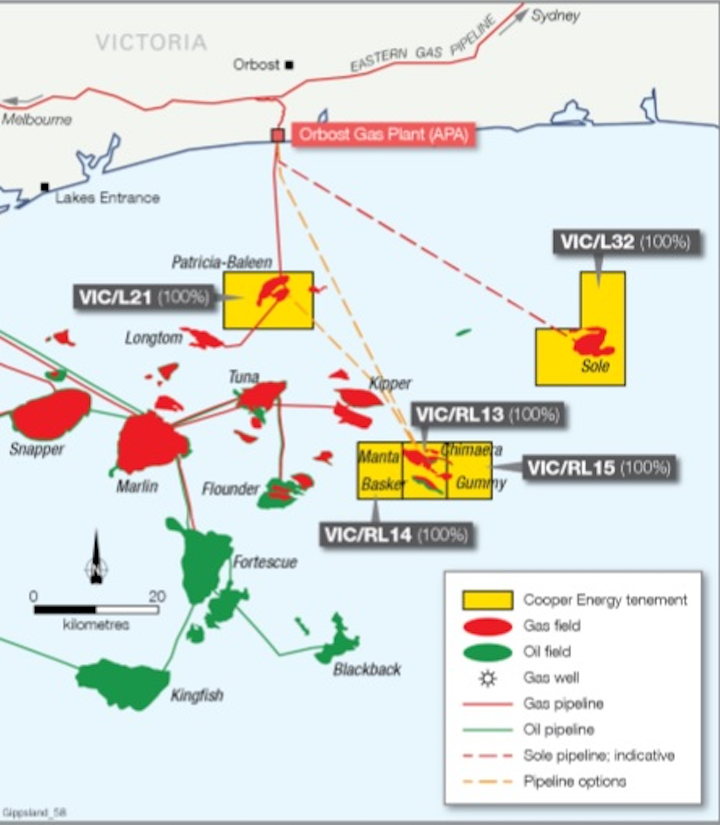 ADELAIDE, Australia – Cooper Energy has completed its transaction with APA Group, under which the latter will acquire, upgrade, and operate the Orbost Gas Plant onshore southeast Australia.

This will allow the plant to receive gas from Cooper’s subsea-beachSole field development in the Gippsland basin, due to start production in 2019.

The agreement also provides for the Orbost facility to process gas from Cooper’s adjacent offshore Manta gas field and potentially others.

Cooper estimates total costs of the project at $605 million, comprising $250 million for APA’s onshore program and $355 million for the offshore development.

Recent milestones for Sole include completion of the umbilical shore crossing, and loading of 65 km (40.4 mi) of subsea pipe in Brazil for transportation by sea to Australia.

The subsea wellheads should arrive during December-January 2018, well in ahead of production drilling which is due to start next March.