The Buchan Alpha semisubmersible floating production vessel has reached the Shetland Isles after being towed from its former location at the Buchan field in the UK central North Sea. 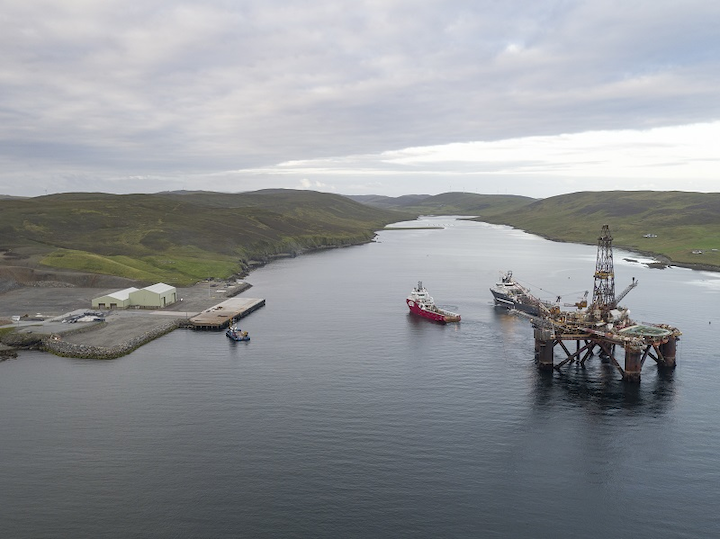 The Buchan Alpha arriving in Lerwick, Shetland, for disposal

LERWICK, UK – The Buchan Alpha semisubmersible floating production vessel has reached the Shetland Isles after being towed from its former location at the Buchan field in the UK central North Sea.

It began operating on the Buchan field in blocks 21/1A and 20/5A in 1981, and subsequently also handled production from the nearby Hannay field.

OperatorRepsol Sinopec Resources UK stopped production as planned on May 12 2017, with the facility having produced around 148 MMbbl of oil.

Veolia won the contract for disposal inpartnership with Peterson. Decommissioning will follow at the Dales Voe site in Lerwick.