Statoil and its partners have entered into decision gate 2 for Phase 2 of the Johan Sverdrup project in the North Sea, and expect to submit a plan of development and operation during the second half of 2018. 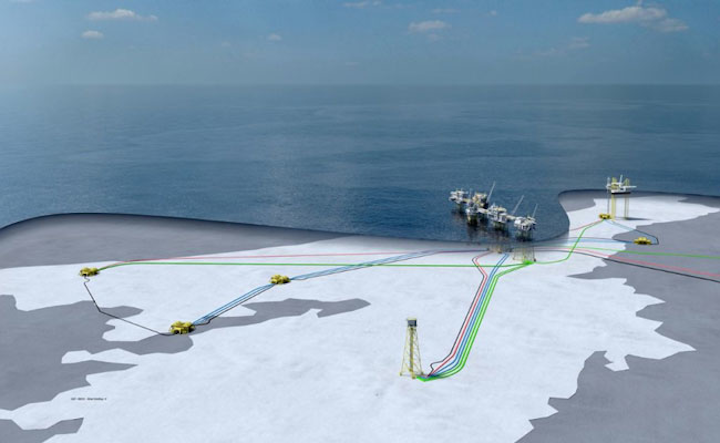 STAVANGER, Norway – Statoil and its partners have entered into decision gate 2 (DG2) for Phase 2 of the Johan Sverdrup project in the North Sea, and expect to submit a plan of development and operation (PDO) during the second half of 2018.

Phase 1 is due to start up in late 2019, while Phase 2, which will involve adding a further processing platform to the four-platform complex, should come onstream in 2022, lifting overall processing capacity to 660,000 b/d of oil.

Following various improvement programs, capex has come down to NOK40-55 billion ($4.7-6.5 billion), around half the estimate when the PDO was submitted for Phase 1, with the break-even price for the full-field development on course for less than $25/bbl, and an anticipated recovery rate of 70%.

Statoil has awardedAker Solutions a NOK300-million ($35.5-million) front-end engineering and design (FEED) contract for the new processing platform and the bridge that will connect it to the Phase 1 riser platform.

In addition, Aker will design a module and work to integrate this with the riser platform.

For the FEED, which will build on the company’s experience from Phase 1, Aker expects to employ more than 250 personnel at its offices in Oslo and Stavanger. The work should be completed early next year.

CEO Luis Araujo said: “We’ve worked closely with Statoil on significantly bringing down costs and increasing the overall efficiency of this major development.”

This contract too is a call-off from a framework agreement that Statoil and Kvaerner entered into in 2014, and carries options for additional studies to review alternative installation methods.

The FEED will develop technical documentation to a level appropriate for start-up of detailed design or a subsequent EPC contract, as well as establishing the necessary interface to other parts of Johan Sverdrup Phase 2, and the basis for a safe execution with minimal escalation or changes during the project phase.

Statoil awarded a third contract to Siemens concerning power supply from shore, which would also cover other offshore production centers in the Utsira High region. This too should be operational by 2022.

The company plans to commission a further 29 wells under Phase 2, taking in the Avaldsnes (east), Kvitsøy (south), and Geitungen (north) satellite areas. These will be phased in for processing and export on the field center.

Currently Phase 1 is around 40% complete with an estimated capex of NOK97 billion ($11.5 billion), 70% awarded to suppliers in Norway. The breakeven price for Phase 1 is less than $20/bbl.