VNG Norge has awarded front-end engineering and design contracts for the Pil & Bue project in PL586 in the Norwegian North Sea. 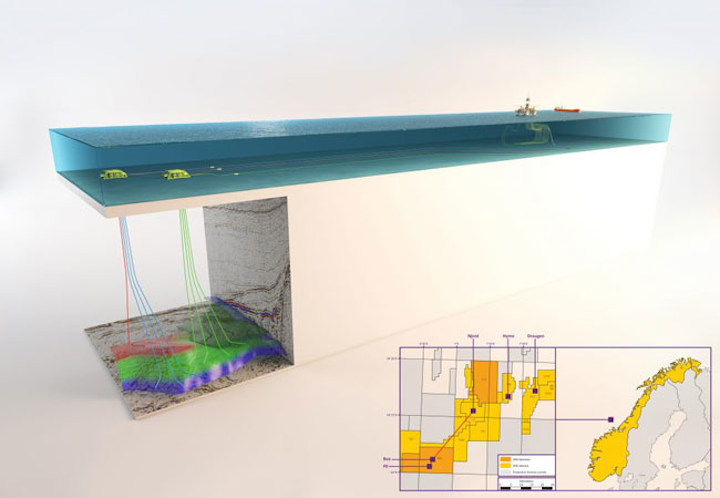 Subsea 7 and TechnipFMC have received the FEED contract for SURF (subsea structures, umbilicals, risers, and flowlines).

Aker Solutions and TechnipFMC have received the FEED contract for the subsea production systems.

The FEED awards were based on a prequalification of tenderers. The studies will culminate in a design competition on which the contract for engineering, procurement, construction, and installation (EPCI/EPC) will be awarded in 4Q 2017.

In November 2016, the VNG-led partnership announced asubsea tieback to the Njord complex as the preferred development concept for the Pil and Bue oil discoveries.