Spirit Energy has started oil production on the Oda field in the southern Norwegian North Sea, under budget and almost five months ahead of schedule. 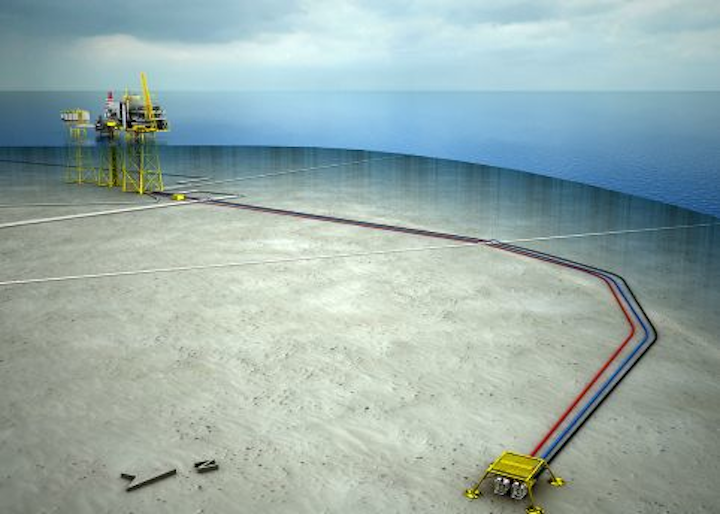 STAVANGER, Norway – Spirit Energy has started oil production on the Oda field in the southern Norwegian North Sea, under budget and almost five months ahead of schedule.

When the company (then Centrica) submitted itsdevelopment plan to the Norwegian authorities in November 2016, it estimated total investments of NOK5.4 billion ($633 million). The actual figure will be closer to NOK4.6 billion ($539 million), a reduction of nearly 15%.

Spirit attributed the improvement to measures such as efficient drilling of production wells and a new type of cooperation with its suppliers.

Centrica discovered Oda in 2011. The wells are connected via a subsea template and pipeline to the Aker BP-operated Ula platform, 13 km (8 mi) to the west.

Oil is exported to the Ekofisk field center and then through the Norpipe system to the Teesside terminal in northeast England. Oda’s gas is injected into the Ula reservoir to improve oil recovery from the Ula field.

The subsea connection between Oda and Ula involved re-use of processing equipment formerly used for the Oselvar satellite field on the Ula platform, which helped lower the overall investment cost.

Prior to starting the project Spirit entered long-term contracts with four suppliers: Aibel, Subsea 7, TechnipFMC, and DNV GL. The agreements, with durations of up to 10 years, were based on what the company described as a new initiative on the Norwegian shelf, the ‘Strategic partner alliance.’

“We wanted to have the suppliers with us from start to finish, rather than defining the project ourselves and then putting it out for tender,” said Spirit’s managing director Rune Martinsen. “In this way, we created predictability, cooperation and a long-term perspective – also for the suppliers. We’ve let the experts do what they do best.”

The cooperation appears to have been instrumental in cost reductions of around 50% within the various delivery areas, from concept selection to commissioning.

Spirit estimates Oda’s recoverable reserves at around 33 MMboe, of which 95% is oil. At peak production will be close to 35,000 boe/d.